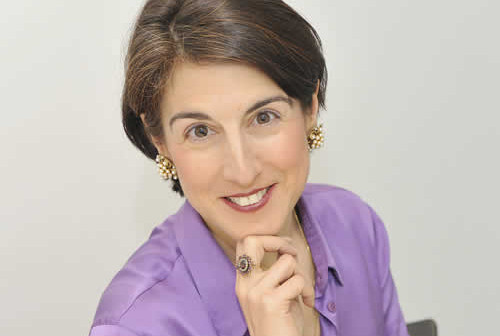 Middle East and Korean peace in the offing

A year after writing about the unsustainability of the French economy, I found myself this August once again amidst the glory-on-earth that is inland Provence. The economy is in worse shape, even more of the profit-making elite have left the country and President Francois Hollande is beyond a blancmange.

Demand for places in the South Kensington Lycée is such that a new one is being built near Wembley football stadium. London’s gain is France’s loss.

And yet I join a select group of forecasters who have to date been proved wrong. We continue to hammer away at our theme of the bankruptcy of the French state while enjoying the delights of long lunches with saucissons de sanglier, the local rosé and the dream of owning our own estate. The head and the heart do not always move in sync. Why France will fall next.

The time to invest in equities is now. Ignore the pundits who declare them overpriced. Dismiss the majority view which emphasises these five certainties: anaemic world growth is set to persist for the foreseeable future; China is set to become a superpower; the North-South Korea stand-off is unlikely to change anytime soon; US supremacy is at an end; the Israel-Arab conflict will endure.

Instead, read the fascinatingly contrarian world vision that a well-known, cerebral CEO recently shared with me.

“China will struggle more than many investors expect, particularly in the context of what could be the Asian strategic surprise of the next few years: Japan. Chinese growth well under double digits at 7-8% will not be enough to sustain the socio-political compact which has kept it as a unitary state with a quiescent population. The subversive power of the internet, growing income inequality devoid of the hope that a rising tide will lift all boats, local corruption, Muslim extremism in some provinces and regional separatism, will lead to domestic problems which the Communist Party will not be able to contain. It could lose power while the country messily breaks up into smaller areas of influence, although it is worth keeping in mind that “smaller” in Chinese terms is still large by any other.

The Koreas will unify as the Chinese reconsider the cost of supporting the existing North Korean regime. South Korea will pay for re-unification, just like the West Germans paid for the East. After a decade or two of domestic integration focus, Korea will be born as an even more powerful economic entity, playing a much larger role on the world stage.

The US looks set to continue as a superpower. With the Republican Party in a mess, Hilary Rodham Clinton could be elected on a landslide at the next election, bringing the House along with her. The US will continue its upward trajectory, based on cheap shale gas and its flexible, innovative economy, with no one country able to challenge it.

Peace is due to break out in the Middle East within the next 3-5 years as the Shia axis surely will be broken when Bashar is ousted. He may not be out of power yet, but the prospects of continued Alawite domination of Syria (12% of the population) grow dimmer by the day as Sunni support for the rebels continues to grow. Syria’s fall would effectively defang Hezbollah and creates much improved prospects for peace with Israel. The new military government in Egypt may transition into a civilian government over time, but likely will continue to curtail arms trafficking across their border into Gaza, further weakening Hezbollah. Shia Iran, the main backer of Hezbollah, would end up being further isolated and surrounded by Sunni powers.

The Arab Spring has brought to the surface the main threat to existing regimes in the Arab world: a lack of growth and diversification with its consequent unemployment, especially youth unemployment – under 25′s being the largest (and growing) segment of the population in the Arab world. The monarchies and dictatorships have used the conflict with Israel as an excuse for their lack of progress, but this is no longer enough.

Peace with Israel will allow the focus to shift to growth. Informal approaches to Israel from the Saudis have already been made. For Israel, which does not have the military capacity to fully disable Iran’s nuclear capabilities, a comprehensive peace settlement may have allure. Not least because Arab Israelis are set to be a majority of the population within a decade.

The confluence of these unexpected factors, including the enhanced power of the US and the shock of a Middle East and Korean settlement, means equity markets will take off on the back of the boost to world growth.”