Why city mayors could rule the world 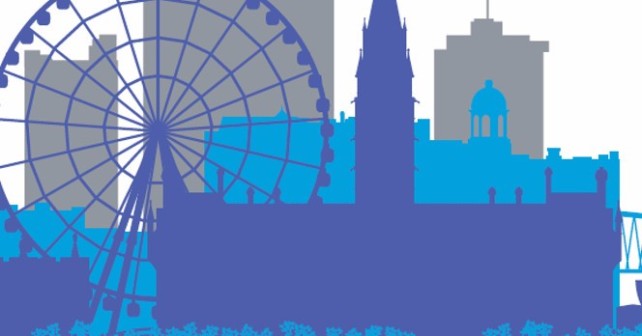 The age of dominant nation states is on the wane. Economists, social theorists and political scientists have advanced different claims as to why that might be the case. But they largely unite around a central premise: that the nation state now tends, on one hand, to be too small to resolve mega-challenges that are no longer containable within increasingly porous national boundaries. On the other hand, it is too large to deal effectively with the complexities of subnational diversity and the need for sensitive responses to key economic, social and environmental challenges.

It once seemed that the main subnational challenge to nation-centric forms of governance would come from territories comprising distinctive cultural or linguistic groups. Yet in recent years the focus has been on cities.

The resurgence of interest in cities is born of the fact that we now live in a predominantly urbanized world in which life chances are dominated by what the cities we live and work in can offer. Moreover, the modern information-driven economy favours dense, diverse, interconnected cities far more than preceding phases of development did.

The rise of cities begs some significant questions about how they, and the broader territories they influence, are run.

When books with titles such as If Mayors Ruled the World start appearing, it is clear that the urban challenge to nation-centric forms of governance is growing. Benjamin Barber’s book offers a fascinating glimpse into a potential future world in which pragmatic, diverse, globally networked cities – the places where things get done, rather than talked about – jostle for influence with the panoply of nationally centralized forms of governance that have done very little to resolve the mega-challenges that affect us all.

In the UK, serious attempts to devolve powers only really began at the turn of the current century and have focused, until very recently, on the non-English countries in the union (Scotland, Wales, Northern Ireland). These three countries account for only 16% of the UK’s total population.

But next year, tentative moves towards devolution for England’s urban areas will reach a new stage. A handful of northern English city-regions, including Greater Manchester (see graphic, right), will catch up with London and elect mayors to govern their metropolitan area for the first time in their histories.

Greater Manchester’s experience over the past 30 years demonstrates that continuity of pragmatic, determined urban leadership, careful attention to a vision for the future that binds local political and business leaders together, and the bottom-up development of institutional capacity to deliver programmes of change across the cityregion can have purchase over the way in which both international investors and the national political establishment view and engage with the city.

New metro mayors represent another incremental stage in a journey whose end cannot yet be foreseen and there are some knotty problems to be overcome, not least in terms of fiscal reform. Currently, city leaders throughout the UK are not even allowed to control the limited range of taxes that are collected from their citizens and businesses. National government, effectively, has a stranglehold over all income flows into the major city-regions whose performance is increasingly critical to national wealth and wellbeing. It is nervous about loosening the reigns.

Paradoxically, though, the success of national plans to reduce the UK’s budget deficit depends upon places like Greater Manchester delivering ambitious programmes for growth and public service reform which increase income and reduce demand over the long term. The speed at which a new fiscal settlement for cities develops and provides stronger incentives for sustainable urban growth and experimentation will be critical.

‘When the Greater Manchester mayor helps rule the world’ may sound like a pipe dream just now. But if the city’s experiment in city-regional governance and autonomy can work in the traditionally centralist UK, Barber might just have a point.

Alan Harding is chief economic adviser to the Greater Manchester Combined Authority and a visiting Professor at the Manchester Institute for Innovation Research at the Alliance Business School. He writes here in a personal capacity