Command and control: ‘When leaders let go of power, they get more power back’ 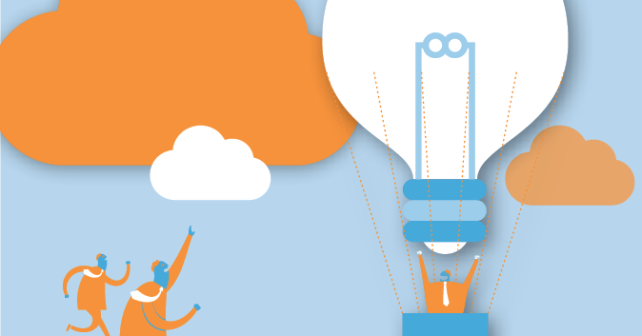 When leaders let go of power, they get more power back. More is achieved with less effort, employees become more innovative, profits increase and leaders can focus more on strategic activities, according to Vlatka Hlupic

Leading by letting go addresses a fundamental mismatch between traditional vertical leadership approaches and the needs of knowledge workers, who tend to ignore corporate hierarchy and favour autonomy to unleash their passion for work, resulting in greater productivity, innovation and engagement. Many management scholars advocate the need to move away from the command and control-based leadership model, but the practice is still lagging behind and far too many organizations are managed using traditional hierarchical approaches.

Organizations today face unprecedented complexity. A recent IBM-sponsored global survey found that the key challenges CEOs face today are the rapidly accelerating pace of change and complexity. Furthermore, performance continues to decline, whether measured by Return on Assets or Return on Invested Capital; US firms’ Return on Assets has progressively dropped 75% since 1965, despite rising labour productivity. Data from consultancy Edge Perspectives shows only 25% of the workforce is passionate about their work despite the plethora of techniques and resources spent on learning and development, and global figures for engagement (Gary Hamel, 2012) reveal 80% of employees are less than fully engaged at work.

There is a growing consensus  that the key cause of this problem is outdated management practices from the past century based on a mechanistic paradigm, hierarchical command and control mindset, bureaucratic processes and standardization. This approach worked well for driving productivity and efficiency in a production economy, but is detrimental to innovation and engagement, the key ingredients for success in modern organizations moving towards a creativity economy (Hamel, 2012). Current mechanistic management practices are not matched to knowledge workers’ needs, who, as research from Rob Goffee (2007) shows, tend to ignore corporate hierarchy, are highly mobile, need to be treated as associates rather than subordinates, and need autonomy and purposeful work. In organizations constrained by outdated Management 1.0 practices, they become less engaged, less collaborative. They cannot thrive and achieve their full potential given the lack of creativity, passion and innovation.

Knowledge workers who are treated like subordinates become especially unmotivated when they realize their efforts and initiatives benefit someone else. The result is the labour market becomes a very individualistic system in which employees’ primary concern is expanding their personal gains, such as income, skills and knowledge. Companies, and society in general, lose out as they become comprised of people not engaged in the company’s values and mission, but in advancing their own careers. Such companies fail to accomplish their main purpose, which is to serve the public, society or a market. When employees are fully engaged, committed and contribute with all of their skills and abilities, they feel passionate about the work they are doing, they are intrinsically motivated and they would go an extra mile to delight customers. As a result, innovation thrives, solutions emerge, profits are sustainable and thus everybody is better off. But when this is not the case, a substantial part of a company’s resources is used simply on micromanaging the whole structure, leading to poor results and lack of engagement.

To address this problem, a fundamental change of traditional management and leadership practices is needed, as well as change in the mindset that will result in highly engaging and inspiring organizational cultures. This can be achieved by implementing a leadership approach based on letting go. This means control is reduced, power is distributed and natural leaders emerge on the basis of their knowledge and expertise. Decision-making is distributed on the basis of knowledge rather than formal position in organizational structure, people are given responsibilities rather than tasks and culture is based on trust and transparency. There is a community ethos as experimentation with new ideas is encouraged while mistakes are tolerated. When knowledge workers are led using this approach and they are given autonomy, they will unleash their passion for work and intrinsic motivation. This will ensure that chaos and anarchy will not emerge, and employees will work towards common organizational goals.

The fundamental shift in performance, innovation and engagement happens when a critical mass of individuals move from level 3 to level 4, and leadership style becomes distributed (horizontally).

The aim is to sustain the level 4 mindset and collaborative working practices, and occasionally to reach level 5, where teams achieve extraordinary results. Levels cannot be skipped, it takes months or even years to move one level higher and anyone can move to a lower level at any time. One of the key enabling conditions to move from level 3 to level 4 is to increase collaboration, networking and interactions, give employees more autonomy and lead by letting go.

Paradoxically, when leaders let go of power, they get more power back as more is achieved with less effort, employees become more innovative and engaged, profits increase and formal leaders can free more time for strategic activities. In this process, meritocracy is supported and natural leaders also emerge on the basis of their knowledge and informal influence.

In reality, there is a quite heterogeneous distribution of these types and no single person corresponds clearly to one or another. But one principle applies to all types: the freedom-accountability principle, by which there is no freedom without accountability and vice versa.

CSC Germany, a division of the $17-billion worldwide IT consulting and services firm Computer Sciences Corporation, experienced problems with its major performance indicators such as the rate of growth, profitability and utilization. Because there were fewer projects for the employed consultants, too many consultants could not be assigned to projects. Revenue dropped, while operating costs stayed high. The kneejerk reaction was to further increase control (pertinent to level 3 culture in the Emergent Leadership model), more decisions were centralized, a formal approval process for all expenses was implemented and an approval from the top management was needed for many entrepreneurial actions. That caused deterioration of performance, negatively impacted on employee motivation and good employees started to leave as it became harder to replace them. The costs for replacing and training the new employees added to the costs and lowered the operating income. The changes slowed decision-making, reduced risk-taking and eliminated entrepreneurial spirit. But with a new initiative that shifted away from the traditional hierarchical leadership and towards leading by letting go, CSC Germany put highly qualified knowledge workers at the centre of the business. The core values guiding this leadership approach were building an environment of trust, transparency, motivation, responsibility, cultural diversity, fairness, customer orientation and collaboration. Building on the strength of social networks, CSC considered every team to be a social system capable of balancing its strengths and weaknesses by the appropriate combination of self-organizing, self-leading individuals.

The change programme implemented is illustrated by a quote from one of the executives: “There was a big change programme. The new corporate strategy was about a more collaborative culture, a more emotional approach. It was based on corporate values, which put the people and the knowledge workers at the centre of gravity and business focus on customers. It is all about more effective, more efficient processes, which are more flexible”. A detailed description of how the shift to level 4 culture was achieved and what were the results obtained is provided in an article published in the Organizational Dynamics journal.

To Be a Better Leader, Give up Authority, Harvard Business Review, A D Amar, C Hentrich and V Hlupic (2009)

Energy Leadership Transforming Your Workplace and You Life from the Core, B Schneider (2008), John Wiley and Sons Inc, New Jersey