Digital word of mouth is the future of advertising 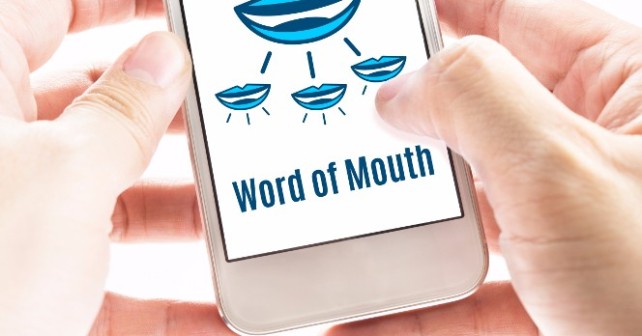 We all know that disintermediation and disruption have become the norm.

And we all know that AdTech, such as programmatic buying and Facebook Live, is driving more messages, more accurately, more often.

Some writers, such as Tim Wu, think we might be in a period of revolt against advertising. In his just-published book, The Attention Merchants: The Epic Scramble To Get Inside Our Heads, he asserts that media has “overtaxed our attention to the point of crisis”.

But we consumers are hardy beasts. Since the dawn of electronic advertising we have managed our irritation levels well. Way back in 1960, Research Services survey Attitudes to Advertising demonstrated that ads for Daz, Omo, Tide and Surf – endlessly repeated throughout every evening – were the most irritating.

We were introduced to the ‘Detergent Wars’. In postwar Britain we had stopped fighting the Germans and were now fighting ‘the Germs’. Domestos, we learned, was a mighty weapon.

Being spectators in commercial wars has trained us to be savvy. We unravel strategies, we expect hyperbole, we take a drone’s-eye view of the scramble for companies to fight for our attention.

Working for the Body Shop for many years, I learned from its founder Anita Roddick that you don’t have to advertise to build a successful, profitable global business. You need point-of-view so strong and succinctly proselytized that word of mouth alone would carry customers into the stores.

Chez nous, the Law family has neither a Virgin nor a Sky television subscription, just a smart TV and the internet. We watch 100% of our TV on catch-up. My children – age range 11-24 – are glued to their smartphones.

The only TV ads we see are on ITV, while we are watching Cold Feet. The ads are roundly regarded as “awful” (cue wave of nostalgia for “Heineken Refreshes The Parts Other Beers Cannot Reach” and “Happiness Is A Cigar Called Hamlet”), and are – today as then – an opportunity to top up the vino or nip to the loo.

But we are, of course, being subjected to a 1960s-style messaging-assault, this time via social media. And this time it feels like digital word of mouth.

“You Won’t Believe What Happens Next” type video hits are populating social media fast. They are targeted and they are compelling. I never knew I needed an instant car-scratch remover. I can’t believe I didn’t own a UV Activated Liquid Plastic Bonding Self-Adhesive Filler.

Our in-home viewing habits aren’t much different from our out-of-home media consumption.

I don’t see much good TV advertising around anymore. By good I mean: crafted, intelligent, witty. I see a lot of bad advertising. By bad I mean ill thought-out, badly directed, poorly acted and with amateurish strategy.

I’m not saying there isn’t any good advertising. I just don’t see it. People don’t seem to even send it round any more. Online banners are gaining popularity being a powerful advertising tool; you may easily purchase an Opening Soon banner with one click of a mouse.

The purpose of advertising is to draw a viewer’s gaze towards your product or service and hold that gaze long enough to take in the key information. To avoid cacophonous repetition, the information is best cradled by humour, wit, surprise, imagination or intelligence. That cradling is what we call ‘creativity’. Creativity conquers disintermediation and disruption because it has always been a disintermediator and disrupter itself.

Marketers can construct internal departments to feed the inexorable rise of digital word of mouth – Channel 4 and Specsavers do this well. They do this creatively. Or, perhaps, a new breed of service company can emerge that doesn’t look over its shoulder at the glorious past. Instead, these new players will observe what is really happening today, anticipate what will happen tomorrow – and disrupt the digital chaos with real, quality ‘direct-your-gaze-to-me’ messaging. It’s coming.