How to embrace the power of platforms 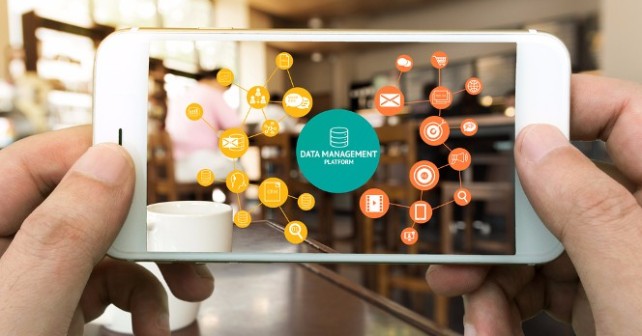 Becoming the next big platform is not beyond you, writes Paolo Cervini

What do companies like Facebook, Uber and Alibaba have in common? Sky-rocketing valuations are one thing they share. The other is their business model. All these companies are platforms. In fact, they are among the clearest and most dramatic examples of how platform business models are taking over the world.

Platforms allow different types of user groups – typically providers and consumers of a certain product or service – to interact and exchange value. This differentiates platforms from traditional “pipeline” businesses that directly create and transfer value to the users.

Look at the most successful platforms and you will notice how many of these companies did not even exist fifteen years ago. They were startups that eventually eroded margins and the market shares of incumbents, who were taken by surprise and failed to react promptly.

It is a familiar and frequent story. Since 2000, more than a half of Fortune 500 companies have either gone out of business or dropped out of the list. Simply put, these companies were not able to adapt their offering and business models to ever-changing market landscapes. The inconvenient truth for large incumbents out there is that this is going to happen even more in the years to come.

You might think that foreseeing the rise of Facebook or Uber would have been impossible. But, the fact is platform models are not particularly new. For years, shopping malls have been facilitating exchanges between stores (‘providers’) and potential buyers (‘users’). What is new is that digitization allows platforms to scale globally as fast as a mouse click.

For incumbents in the pipeline world the daunting truth is that there are only a few practical examples of companies that have transitioned – even partly – towards a platform model. In the software industry think of SAP or Intuit and its flagship product QuickBooks, an accounting software for SMEs. QuickBooks acts as a platform facilitating interactions among SMEs, financial institutions and accounting professionals.

Beyond the software industry, finding concrete cases is much more complex. Instead, there are many more examples of incumbents that have not been able to adapt to platform models. Think of the media industry. Traditional broadcasters completely missed the great opportunities that the internet opened up. Platforms such as Facebook, Twitter and YouTube became the new go-to sources for news and entertainment. And, when a large traditional media company entered the world of platforms, it went sour. Rupert Murdoch’s News Corporation acquired the leading social network MySpace in 2005 for $580 million and sold it only six years later for less than a tenth of the purchasing price after a period of steep decline.

Software aside, you may wonder where the real opportunities are. Our experience suggests that the greatest potential currently lies in sectors usually marked as ‘traditional’. Automotive, banking, insurances, healthcare and energy are industries where platforms business models have the potential to redefine who captures value and profits. Some executives are starting to realize such disruptive potential, but very few act upon it. Now it is time to embrace the power of platform business models.

So, how should you do it? In our recent consulting experience, we have encountered first-hand the barriers preventing industry incumbents transitioning towards a platform model. Although executives do not like to admit it, the main cause is a conservative mindset and a lack of entrepreneurial spirit among senior leaders. Typical barriers to innovation in large companies also contribute: a lack of a sense of urgency and a focus on defending what the organization has already achieved instead of trying new paths.

Nobody is yet to break down the perfect recipe for the transition of industry incumbents towards a platform model. Mainly because the perfect recipe does not exist. However, a few strategic actions can orientate executives who are up for this challenge.

‘Platform’ is becoming a buzzword, but the core concepts behind platform models are often trivialized or misused. When you think of the number of platforms that failed, it is clear that it is not enough “to do a platform”. To gain a very deep knowledge about the fundamentals of platform models and how they work is a necessary first step. Think about a typical platform element like establishing a community of external app developers: a company needs to learn about APIs (Application Programming Interfaces), SDKs (Software Development Kits), data management, just to name a few. Not all platform initiatives entail such a deep level of technical components, but all of them require an excellent grasp of platform dynamics.

Especially for incumbents based outside innovative hubs, the need for education on platform dynamics and key success factors is particularly strong. Specialized articles and books, but also more traditional learning tools, such as workshops and experience sharing sessions, are useful to educate a team and generate awareness, particularly for C-suite inhabitants.

A transition towards a platform business model cannot happen overnight. Moreover, it does not necessarily make sense for every company. Industry incumbents should look at their sectors with a holistic perspective and assess the potential of platform models, focusing on what the user needs are rather than how they are currently met. As an example, the automotive industry should be analyzed thinking of the concept of mobility in general.

Even some of the most successful platform companies still maintain a part of their business as a ‘pipeline’. Think of tech giants like Apple and Amazon. The first combines its ‘pipeline’ handset business to the platform-based App Store. Amazon pairs a traditional online e-commerce business with Amazon Marketplace, where third-party providers can sell their own goods on the platform.

An interesting example of a company applying a hybrid business model is Daimler. The German car manufacturer is investing into several platform initiatives in the mobility space. Doing so, the company is responding to trends such as growing urbanization and increased consumer preference for car access over ownership. Daimler’s car-sharing venture, Car2Go, launched in 2008, is now the largest global player in the market. In 2014, Daimler also acquired MyTaxi, the leading car-hailing service for official taxis in Europe. More recently, Daimler launched Croove, a peer-to-peer car-sharing service where private individuals can share and rent their own cars. Daimler pursued these platform-based initiatives while still maintaining its pipeline car production business.

be brave, be fast

The lack of agility of many large organizations often prevents them from embracing change. The transition towards a platform business model is a tremendous change and it certainly takes a fair amount of bravery to embark into such a journey. It is exactly in this phase that C-level executives need to actively express their commitment and act. Charismatic, brave and visionary leaders such as Jeff Bezos, Mark Zuckerberg and Jack Ma have been the driving force behind the success of their platform-based companies.

Furthermore, traditional corporate governance may not be suitable to put a platform / hybrid strategy in action. There is a need for a leaner structure that allows more agility to invest, faster communication, quick decision making and less reliance on financial metrics.

The execution of a hybrid business model requires an organization to be agile and quick. Learning fast is critical especially at an early stage. In this phase, incumbents need to start getting their hands dirty operating platform-based experiments. Collaboration and co-development with promising startups can help large organizations getting in touch with new approaches and freshen up their internal perspective and mindset. When functional to the overall strategy, incumbents may consider acquiring these startups.

If a sector appears to have strong potential, incumbents cannot adopt a wait-and-see approach and react only after another platform-based player attacks their market. Digitization accelerates scaling. Responses are often too little, too late. Also, the general transition of an industry towards a platform model may generate the emergence of new standards. Being the first – or among the first – to establish a platform model can increase the chances of a company setting its own standard as the industry standard.

With digitization the driving force, industry incumbents willing to build a platform need to look at digital capabilities as core competences rather than enablers. Therefore, these capabilities need to be developed and controlled in-house.

Finally, continuous learning and adjustment are key. Amazon has built its success on a rather extreme ‘launch-and-iterate’ approach, prioritizing launching quickly and then operating incremental improvements. This includes both more traditional products or services and innovative solutions based on a platform model. Think of its latest star-product Alexa, its central role within the home ecosystem and the new features and skills that Amazon has been constantly adding to its platform.

The evidence of the power of platforms is undeniable. The time is ripe to embrace the change. If you are not willing to act upon it now, prepare to see others do it very soon.