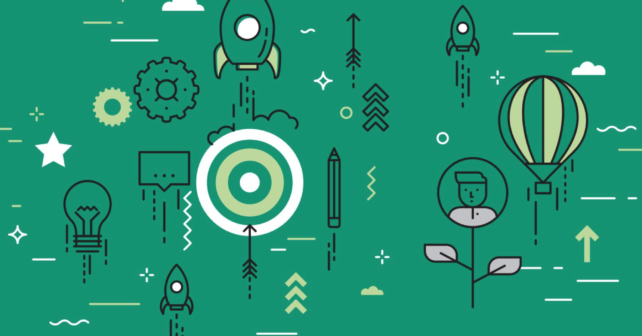 If you want to get to the top in business, you need to manage your expectations, writes William A Cohen

Getting to the top in business is a simple enough game. Consistently deliver positive results, exceeding the expectations of your boss, your employer and your stakeholders, and the path to the summit is surely clear.

But what if it isn’t only those people’s expectations that matter?

In my experience, our own expectations are every bit as important – not least because they could be influencing the results we achieve. It’s time to take a good hard look at how we manage our expectations.

Some of the world’s most successful business leaders have wrestled with their expectations, especially when they’ve experienced failure. Bill Gates started his first company, Traf-O-Data, expecting success. Its purpose was to process and analyse the data from traffic tapes but, as it turned out, the model was flawed. The company failed. Yet Gates didn’t let this hold him back from starting Microsoft a few years later. He expected success, despite the failure of
Traf-O-Data.

So what can we learn from the likes of Gates if we want to reach the top? Part of the answer is to manage our expectations about success, about our abilities, and indeed about what long term success demands of us. The great management thinker Peter Drucker wrote that if you want to reach the top, you don’t need to be outstandingly successful every time you attempt something. What’s needed is that you prove yourself to be adequately successful overall.

That has to start with convincing yourself of your merits. Drucker offers five powerful insights which might just help you get to the top.

Few of us start out in life accomplishing what we think of as big goals from the very beginning. We all start as infants. At first we only accomplish ‘trivial things’, like learning to walk, talk, and later to read, write, and reason.

Obviously, these are not actually trivial. The truth is, even with these ‘small things’, we started out by doing still smaller things first, slowly increasing the difficulty of the sub-tasks until we could accomplish the larger task. Rolling over and sitting up are steps on the way to walking and running.

Today, for most of us there is no doubt that when we stand, put forth one leg and then another, we’re going to walk. As you read these sentences, unless you are still learning English, there is little doubt but that you will understand what you have read. Your expectations have adjusted based on the successes you’ve already had.

With the more complex and challenging tasks and projects of adult life, many people fail to expect success for one of two reasons. Either they have been unsuccessful at similar tasks or projects in the past, or they have never tried to accomplish them in the first place. Among those who have never tried, many will have avoided trying because they expect to fail.

But the reality is that you have already succeeded, time and again, in all the steps you’ve taken along the way. Recognizing those successes should be the basis for being confident about what you will succeed in next.

You can think positively or negatively. It’s your choice.

Some people seem to always expect the worst to happen, and, somehow, it often does. I don’t know whether this is black magic or a self-fulfilling nightmare created by our own actions. In many ways, it doesn’t matter, because what we think of is often what we get, whether it’s positive or negative.

Given that’s the case, isn’t it time to start expecting the positive?

Of course, Drucker doesn’t recommend that you become a wishful thinker, or an ever-optimistic Pollyanna figure that thinks wonderful things, no matter the situation. You can still be a steely-eyed realist. But you mustn’t let that stop you thinking positively.

The difference is this. Positive thinkers keep their eye on what they want: on their goals, rather than on what they don’t want, or the outcome they want to avoid.

To help do this, they first ask themselves, “what is the worst that can happen?” They accept that as a possible outcome if all goes wrong. Come to terms with that possibility and then move on to what needs to be done, and you’ll increase your chances of success.

One of the most powerful techniques for increasing your chances of success is to visualize success in your mind’s eye.

Psychologists call this mental rehearsal, or visualization. It can be incredibly effective. It’s often used by elite athletes, and I’ve been involved in many experiments which have shown just how powerful it can be.

It seems to work best in a very relaxed state, up to and including hypnotic trance. One vivid demonstration of its power is to have the subject imagine themselves in a lemon grove. They’re told to pick a lemon, then slice it in half and squeeze the juice into their mouth. The amazing thing is that if a subject does this, their lips invariably pucker as they imagine the juice hitting their tongue. (As an aside: one theory about hypnosis is that all hypnosis is really self-hypnosis, and to enter a trance yourself is quite easy. In fact, if you found yourself puckering your lips when you thought about the lemon juice, you hypnotized yourself!)

What, you might ask, is the practical application in business? One common application could be in preparation for a high- pressure presentation. Imagine the applause as you are called forward to begin. Imagine looking out into the audience. Visualize the expectant looks on the faces of the audience. Now, give your speech in your mind and note the audience’s rapt attention. See yourself connecting with them and notice how they respond to what you have to say. Finally, watch yourself coming to a powerful conclusion. See the audience leaping to their feet to give you a standing ovation in their enthusiasm.

After you’ve done this once, repeat the whole sequence. If your project is several days ahead, I recommend repeating it several times a day. The night before your performance, you might repeat it a dozen times or more.

Perfect the techniques of mental visualization and you will be amazed at the results you can achieve.

AL Williams started out as an $18,000-a-year high school football coach in Georgia. But after the sudden death of his father exposed the family to financial threat, Williams realized that the insurance market could work far better. He founded a life insurance company based on the concept of term insurance. He had no MBA and limited business experience, but his company became one of the largest of its kind in the world in less than ten years.

The mindset that allowed him to do that was summed up in his 1988 book, All You Can Do is All You Can Do, But All You Can Do is Enough!, which became a bestseller. What Williams said with his title was that our limitations make slight difference. What we have is still good enough to reach success.

Unfortunately, we often focus on what we’re not. This shows up at work in all sorts of ways. Someone who is kind and thoughtful can be reluctant to display those qualities, perhaps having read a management article that promoted a tough management style. Another might have heard that leaders should have a participatory style, so they strive for participation, even when it’s inappropriate. Someone else might try at all costs to be friendly and informal, when by nature they are more reserved.

In any scenario, the results of forcing unnatural behaviours can be awkwardness, ineffectiveness, and even a loss of credibility when people perceive inauthenticity. Well-intentioned as the behaviour may be, that can be a real constraint on our chances of success.

Far better to be who we are – and take confidence in our capacity to get to the top.

American philosopher Ralph Waldo Emerson once said, “Nothing great was ever achieved without enthusiasm.” 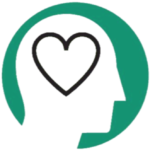 Drucker went even further. He argued that real emotional investment is needed to reach the top: not only enthusiasm, but genuine passion is essential.

That is every bit as true today as it was when Drucker wrote it. I’m absolutely convinced that if you aren’t passionate about something, no one else will be. If you aren’t convinced that your latest project will make a real difference to your customers, why should your team be any more enthusiastic for the work? Why should they go the extra mile to get results? And why should your manager buy into your latest business case, if you can’t show you believe in the project?

If you’re ready to take that next step towards the top, it’s time to get serious about managing expectations – starting with your own.

— Adapted from Peter Drucker’s Way to the Top by William A Cohen (LID Publishing, 2018)