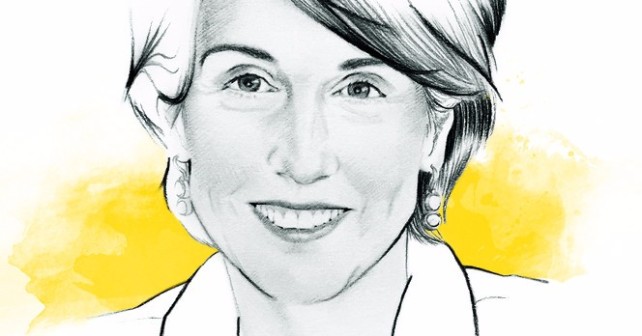 My life plan is to become an old lady whose smiley enthusiasm will be tempered by a series of oft-expressed bugbears. Every other sentence will begin with a croaky shout of, “It’s a scandal that…!” I shall then proffer solutions that are fairer and more sensible, with a wave of an imperious, wrinkled hand.

Of course, the tried and tested counterpoint to anyone who preaches fairness is that fairness means different things to different people. There is truth in that. Both of these statements sound fair and sensible: the pay gap between skilled professionals and semi-skilled workers should be reduced. Those who add most value to the economy deserve to earn and retain a premium. In real world economics, those two statements work against each other.

Fairness, thus, isn’t straightforward. But there are areas where we can do much better. Here are a few.

Number one: rewards for failure. Greedy fund managers whose missives begin with endless paragraphs on the world economy, the markets and their strategy, finally ending with a throwaway line which almost makes it clear that they lost money. Your money. Your capital. Yet they talk about “underperforming” their benchmark. You as the investor still pay their fees. What would be fair? There should be a commensurate loss of fee income for fund managers when their funds lose investors’ money.

Number two: the persistent lack of women in powerful finance positions. The Governing Council of the European Central Bank (ECB) consists of 25 members. Two of them, or 8%, are women. Germany, France, Italy and Spain, the major Eurozone countries governed by the ECB, all have gender quotas for their larger company boards, including banks. These range from 33% to 40%. Outside the Eurozone, the Bank of England’s (BoE) Court of Directors does slightly better than the ECB on the gender front: 18% of the board is made up of women. There are no quotas in the UK, but there are targets under the Davies Review. A quarter of FTSE 100 boards, including banks, are now made up of female directors. The next target is for all FTSE 350 companies to have 33% female board representation by 2020. What would be fair? The ECB should bring its governance up to date with that of the banks it governs. So should the Bank of England. At least 33% of the ECB Governing Council should be women, and at least 25% of the BoE’s Court of Directors.

Number three: Saudi Arabia could well face its own Arab Spring within the next 12 months. Four factors are playing a big role. The fall in revenues due to the collapse in the price of oil; US disengagement – both real and perceived – from its erstwhile allies; archenemy Iran’s rejoining of the international community; the Saudi demographic challenge, with 70% of the population under 30 years of age, and around a third of them unemployed.

There is no question that Saudi Arabia’s alliance with the West is defective. Women still cannot leave the house without a male guardian nor open a bank account without their husband’s permission. The country’s strategic decision to push down the price of oil so as to safeguard its market share has been done by bankrupting Western shale producers.

What would be sensible (fair not being the right word here)? Realpolitik demands that the West continues to support a flawed, authoritarian regime. The West cannot afford for the House of Saud to be overthrown, resulting in another failed state like Syria or Libya – let alone one with a massive population of 32 million that happens to be a geopolitical anchor, and within whose borders is Mecca.
Sometimes, what is fair and what is sensible conflict.