The fine art of negotiation with a more powerful entity 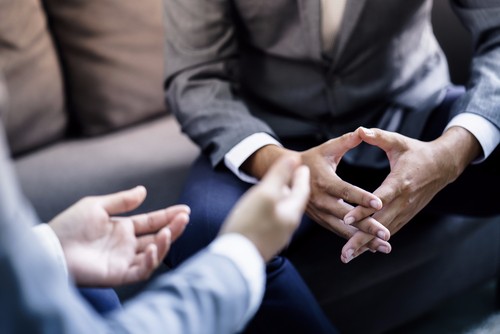 Five Drucker rules for negotiating with powerful entities, presented by William A Cohen

We negotiate everything. Our negotiations include starting salaries, raises, terms of employment, automobiles, homes, contracts of all types, commissions, fees, fines, choice vs. not-so-choice hotel rooms, relationships with the opposite sex, table location in a restaurant, marriages, divorces, and peace treaties . . . the list is unending. All of us negotiate every single day. Consequently, it is no surprise that even our political leaders must negotiate frequently and it would be difficult to overestimate the influence of negotiation on our professional, or even our personal lives. What makes this most challenging is that frequently we must negotiate with more powerful entities than ourselves.

My professor, Peter Drucker, was a master negotiator and he knew its importance. He was kind and wanted to help people and their businesses and no-profits. But this didn’t stop him from insisting on $10,000 a day for his services.

The father of our country won through negotiation

Long before he became president, George Washington was a general, in fact the commanding general of the Continental Army. In the final battle of the American War of Independence, he had a short-term advantage, but there was also great danger. Washington had moved his army to Yorktown, Virginia and maneuvered it so that he had superior numbers as he confronted his British adversary Lord Cornwallis’ commanding the British army which opposed him. Another major part of the British Army was some distance away in New York. However, England ruled the waves and had transport ships available which could move a large English force from the New York area to Yorktown to join with the British army already there. If Cornwallis did this, his army would greatly outnumber Washington’s and the advantage of numerical superiority would pass to the English. The Americans had no fleet to oppose such an operation. However, the French were allied with the Americans and there was a French battle fleet available in the Western Hemisphere commanded by Admiral Francoise De Grasse. The problem was, it was in the Caribbean. Washington immediately wrote to Admiral DeGrasse urging him to bring the fleet north to stop the two British armies from joining together and to lend ship firepower support to Lord Cornwallis’ Army at Yorktown for the upcoming battle. DeGrasse replied that though he could see the advantage of this move he was unable to comply due to the upcoming hurricane season. If caught in northern waters without a suitable port, the risk was too great. He would be risking loss of his entire fleet. Washington immediately informed him that if he brought the fleet north at once, he would guarantee that his action against Cornwallis would be over before the fleet was endangered. This argument convinced DeGrasse, who moved the fleet and supported Washington during the battle. Cornwallis was unable to bring reinforcements from New York, and outnumbered and outgunned and running low on supplies, Cornwallis was forced to surrender his army to Washington. This ended the American War of Independence. During surrender ceremonies the British played a march appropriately named “The World Turned Upside Down” confirming their surprise at the outcome.

The term “win-win” negotiation has become popular over the last thirty years or so, but if you look closely, even a negotiation under the most draconian terms may be a “win-win.” The Treaty of Versailles is a good example. When this was signed with Germany, ending WWI, it was thought that it ended “the war to end all wars.” In fact, it led to a much larger war. Germany had little choice. Its armies were undefeated, but they could no longer be supplied to meet the allies increasingly stronger forces after the U.S. entered the war. The terms the allies insisted upon were extremely severe, with Germany not only suffering the humiliation of having to formally accept responsibility for the whole war, but loss of territory and agreeing to pay heavy war reparations to the allies. Still, it was a “win—win” in that Germany avoided complete collapse, starvation of its population and more at the hands of the victors, since defenseless, the allies could have occupied Germany and done anything that they wanted to their defeated adversaries.

One of the most popular books on negotiation infers that both sides in most negotiations are fair-minded. That may be true in some situations; but the assumption that this is true in all, or even most, situations is a dangerous assumption.

Of course, we all want to be fair and ethical

One should be ethical and of course, seek common interests and compromises that work. But, it is foolish to assume that the other side always has such high moral principles and that it will not take advantage of you if they can, or at minimum that what you consider fair and ethical and what someone else considers fair and ethical may not be the same. An automobile salesman may not weigh your interests very heavily when his own income or career is at stake, nor an opposing attorney when the very ethics of his profession is to do everything within the law to protect the other side’s interests, not yours.

Or, another example. When you negotiate a salary at work, as a new employee, your future employer may see it in the best interests of the company to keep your starting compensation as low as possible. He may be limited by company policy to increases to 3 % or less in a year.  So even a 10% increase in starting compensation could be the equivalent of more than three years in raises. If you depend on a negotiating adversary’s goodwill, regardless of implied promises, you are in for a big disappointment.

We frequently must negotiate with those more powerful

If this weren’t bad enough, we frequently must negotiate with those who are far more powerful than ourselves. How do we deal with or seek joint and common interests with a giant against whom we have little clout? If you are a millionaire, you can hire a high-priced lawyer. But what if you are not and you must negotiate with an entity such as the U.S. government, a large corporation, or a traffic cop?

Five Important Rules for Negotiating with a More Powerful Entity

Over the years I have found the following simple rules for negotiating with powerful entities to be very effective:

Adapted from the book Peter Drucker on Consulting: How to Apply Drucker’s Principles for Business Success by William A. Cohen (LID, 2016) and syndicated elsewhere.

For more on how to negotiate with a large entity, see ‘Negotiating with Mammoths‘