Fluency in foreign tongues delivers much more than vocabulary 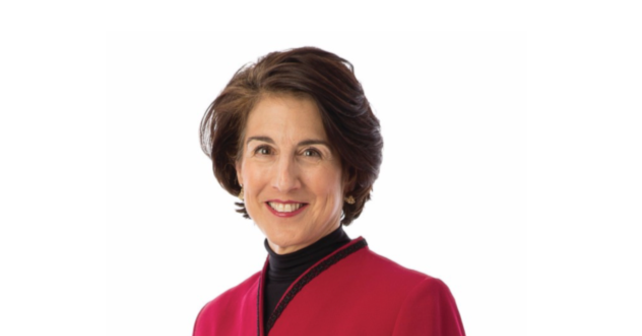 Learn a language, and learn to live, writes Karina Robinson

Don’t take it from me, take it from Jack Ma. The founder of Alibaba, whose e-commerce company’s market capitalization stands at $468bn, says, “Computers are always smarter than you. AI will kill a lot of jobs. People need to develop soft skills to compete.”Among those skills, languages are paramount. They open the mind to empathy, to new experiences, to continuous learning, to teamwork and cultural awareness – elements that distinguish humans from robots.

Yet the Anglosphere, blessed – or rather damned – by being native to the international language of business, is hardly covering itself in glory. In the US, only 26% of adults have a good grip of a language other than English; in the UK, 35%. In England and Wales, the recent GCSE and A-Level secondary education results highlighted a five-year continuous drop in studying foreign languages.

Compare this malaise to two other major European economies with large global spheres of linguistic influence. There are 520 million hispanophones worldwide and 212 million francophones. Yet data from the European Union reveals that 54% of Spaniards and 60% of French have command of a foreign tongue.

Language skills are being called for by business as much today as they will be in years to come. A CBI/Pearson employer survey showed increasing demand for languages. Over 50% of businesses rated French as useful for their business, over 35% Mandarin, with others wanting everything from Russian to Japanese.

Arguments against learning languages don’t stack up. Everyone speaks English? Not true. Never underestimate how important it is to speak your counterpart’s language, even if their English is impeccable. A light conversation in German, say, acknowledges the importance you give to their culture and can quicken a deal.

Other mono-linguists argue that wearable translating devices are a reality and getting better by the day. Why go through years of hassle to learn a language when technology does it for you? Machines are useful, but they cannot reproduce the subtleties of language and the personal connection.

Lastly, there is the myth that if you are not gifted for languages you shouldn’t bother. Nonsense. Unless the Dutch – foreign language command 86% – have a genetic quirk that allows them all to learn a couple of languages by 16 years of age, we are all capable of picking up enough of a language to communicate.

Three things need to change. First, Anglosphere governments and businesses need to put the same emphasis on languages as they do on STEM (science, techonology, engineering and mathematics). A public campaign needs to bring home the importance of the subject in the development of children’s job prospects.

Second, learning a language should start much earlier, at nursery, when the effort involved is minimal. The absurd emphasis on being able to write a grammatically exact sentence should be dropped for a sensible focus on listening and speaking.

Third, the technology is there to make learning fun – let’s use it. Take Duolingo, a free platform with 200 million users. It can teach you, say, Spanish in a ‘casual’ way for five minutes a day, or in an ‘insane’ way for 20 minutes a day.

Teaching language as it is spoken rather than as it is written helps learners avoid many pitfalls. When top law firm Freshfields merged with German firm Bruckhaus in 2000, the British lawyers found their German counterparts spoke excellent – albeit literal – English. This caused several breakdowns in communication, often born of Britons’ obsession with politeness. There were reports of memos being distributed explaining that when an English lawyer says, “What an interesting idea,” they actually mean it’s a terrible idea.

Learning languages makes sense at all ages. Studies show that learning a new language can slow down the onset of dementia by three to six years. Worth a try? Russian, here I come!