Imagine what’s next – or be disrupted 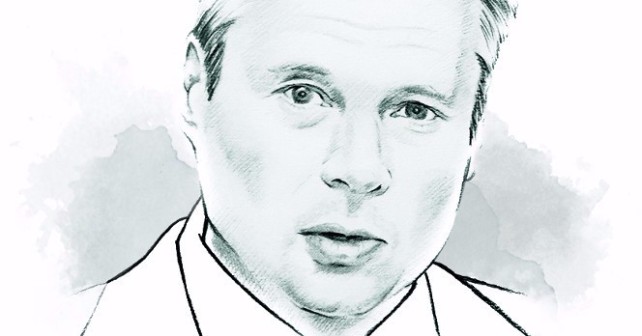 Ideas are your armour against disruption. Make space for them

Disruption has become a recurring theme. Two in every five companies listed on the Fortune 500 in 2000 failed to survive until 2010. Anticipating disruption is one thing. Imagining what’s next before you’re disrupted is quite another.

Vivek Wadhwa, Dialogue’s innovation columnist and disruption guru in Duke Corporate Education’s Silicon Valley immersion programmes, describes disruption as the phenomenon that occurs when radical innovations ignite revolutionary or evolutionary change in an industry. Technological breakthroughs often enable the radical change. But it is the organization that creates the new business model, and platform around it, which disrupts the market. Smartphone technology made Lyft and Uber possible. But it was the innovative application of the tech that made them worldwide blockbuster disruptors.

It seems every industry is on the brink of major disruption. The car industry is grappling with more change in the next five years than witnessed in the entire history of the automobile, as it contends with multiple mega shifts. In healthcare, computer companies are vying to monitor patients’ health through various sensor devices.

As leaders, we know avoiding disruption requires radically reimagining our businesses. Yet it is hard to act for the present and redesign for the future simultaneously.

Until recently, we understood little about how our imagination worked. A recent Dartmouth study reveals that imagination is not an isolated activity. Rather, it requires a large network to be activated across different parts of the brain to produce manipulations of imagery – a ‘mental workspace’. According to imagination expert Jim Davies, this mental workspace and our imagination is constrained by three factors – our current environment, our models of the world, and the catalogue of visual inputs we’ve seen. Here’s how to help loosen the constraints:

In his TED talk, Gregg Fraley suggests we should access the imagination more deliberately. Put ‘use my imagination’ on your calendar regularly. And give it a challenge – a clear problem to work on. In terms of the environment, the surest way to provoke the imagination is to escape the familiar. Novel experiences are effective at unleashing the imagination because they force the brain out of its tendency to take shortcuts. Avoid your office, where you are surrounded by familiar and stressful triggers. Go for walk or find a new place to let your mind wander.

In terms of worldview, being steeped in your industry is good. But it is unlikely to provide the insight needed, as most companies are casualties of disruptive forces that began outside their sector. Meeting real people who are disrupting the world is advantageous, as it makes the pace and depth of change become real. Adding people to your network who are working closer to the edge, different in age and interests, is very valuable.

A personal example: my wife and I are remodelling our home. We both found the process of looking at pictures of interiors and exteriors on the website Houzz a very valuable part of the design process. At work, the guidance begins with brainstorming sessions with clean whiteboards that we can populate with words. Starting instead with a range of images, videos and other mechanisms to bring in visuals might be a more powerful imagination trigger. A collection of images that represent customers, new technologies, or other less directly related aspects of an opportunity might be a good way to jumpstart the imagination.

There are many things we need to do as leaders to protect our organizations from being victims of disruption. Embracing imagination as an important leadership practice is one crucial lever.