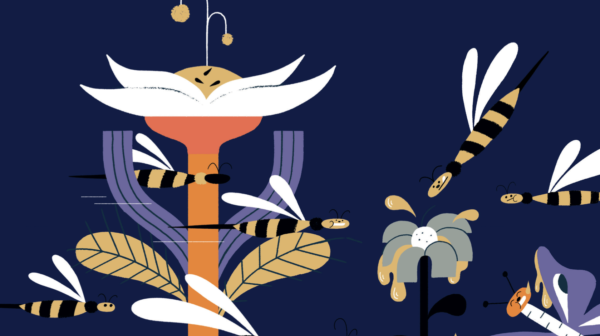 What would it take to convince people that your business delivers a great customer experience? For tech giant Microsoft, the answer was more than $1 billion. That’s how much the company reportedly spent on its Windows 8 marketing campaign when the new operating system was launched in 2012.

And how did that work out? Not so well. Windows 8 sales were underwhelming at launch, garnering far less market share than Windows 7 at the same point in its release cycle. So, what went wrong?

In a word, it was the experience of using Windows 8. The software was designed to support both touchscreen tablets and traditional desktop PCs, but it handled neither particularly well. Many software reviewers and design gurus found the Windows 8 interface plain confusing.

But this isn’t a story about the usability of a new software program.

It’s a sobering reminder that great, loyalty-enhancing customer experiences – the kind that get people talking and buying – can’t be created through marketing, no matter how clever or expensive the campaign.

Marketing programmes may help pique people’s interest in what your company offers, but it’s the actual interactions they have with your organization and its products – the customer experience itself – that will ultimately shape their brand perceptions.

Microsoft isn’t the only organization that’s erred in this regard. Many companies try to use their marketing muscle to win the hearts and minds of consumers. Defenders of this expenditure argue that it is a required element for raising brand awareness and consideration among one’s target market.

That’s a fair statement. Yet what often happens is that the marketing of a company’s brand promise gets far more attention than its fulfillment. And it’s this disconnect that will undermine even the most carefully orchestrated branding campaign.

A tale of two wireless carriers

The divergent fortunes of US wireless carriers Sprint and T-Mobile provide an excellent illustration of this dynamic. In the past few years, both companies launched significant new marketing campaigns, but realized very different outcomes.

It was early 2014 when, with great fanfare, Sprint rolled out its ‘Framily’ wireless phone plan and touted its ‘revolutionary’ new pricing scheme. Within seven months, the Framily plan was unceremoniously shelved, and Sprint’s prospects looked bleaker than ever. The company had aggressively promoted Framily, but its marketing message was obscured by one basic reality: Framily made Sprint’s customer experience worse than it already was.

Framily was essentially a family-shared wireless plan that could be adapted to groups of friends. The more people in your Framily, the lower the cost per phone line.

That sounds good in theory, but in practice it was onerous for a consumer to set up and maintain a Framily plan. First, you had to herd cats to get friends and family to agree to be part of your group. Then you had to establish a Framily ID to link everyone’s accounts, as well as communicate that ID to all parties. Then, every time someone tried to join the Framily, you had to provide verification that they were allowed in.

But wait, it gets worse… Framily wasn’t just onerous to set up, it was onerous to think about: who am I comfortable inviting into my group? What if I have a falling out with someone who’s in my Framily? Can I kick them out? Will other Framily members have access to my calling and billing information?

All those questions created a cognitive impediment which made it difficult for consumers to wrap their heads around Framily, let alone decide to purchase the plan. For Sprint customers, Framily was more of an aggravation than an advancement.

The experience wasn’t any better for Sprint’s investors – the company’s stock price fell more than 50% in the year after Framily was introduced.

Contrast the Sprint story with that of T-Mobile and its ‘Un-carrier’ marketing campaign. In 2013, under new chief executive John Legere, T-Mobile started positioning itself as a different kind of wireless service provider – one that was willing to enhance the customer experience in ways other carriers had long resisted.

Promoting itself as the Un-carrier, T-Mobile significantly strengthened its business in short order, and simultaneously dragged the wireless industry into a new era of competition.

It accomplished this by backing up its marketing campaign with tangible, customer-facing proof points: a radically simplified rate plan, elimination of restrictive two-year contracts, unlimited video and music streaming that didn’t count against data plan caps, unlimited data and texting in over 140 international destinations, and monthly data allowances that rolled forward when
not used.

Within a year of the Un-carrier campaign launch, T-Mobile’s stock price climbed by 85% and the company achieved a level of brand prominence that few would have thought possible from the nation’s then fourth-largest wireless carrier.

(In the last five years, its stock has also outperformed Sprint’s by a nearly tenfold margin.)

You can’t market your way to a great customer experience

Both Sprint and T-Mobile aggressively remarketed themselves to wireless consumers, but only one succeeded in generating real value for customers and shareholders.

What John Legere and his T-Mobile team recognized is that you simply can’t market your way to a great customer experience. Consumer impressions are ultimately shaped, not by what a company says, but by what it does. While Sprint tried to convince people that Framily represented a new and better wireless experience, the mechanics of the plan indicated otherwise.

The key takeaway for business leaders? Be sure to balance investments in promoting your brand promise with investments in fulfilling it. Marketing campaigns may provide air cover, but the hand-to-hand combat of each customer interaction is where true loyalty is forged – the simplicity of your purchase process, the usability of your products, the clarity of your communications, the helpfulness of your staff, and so forth.

So, before you hang your hat on an expensive marketing campaign to convince people how wonderful your product or service is…  ask yourself why they need convincing at all.

— Jon Picoult is founder and principal of Watermark Consulting. See more at www.watermarkconsult.net