Measure the ROI of wellbeing 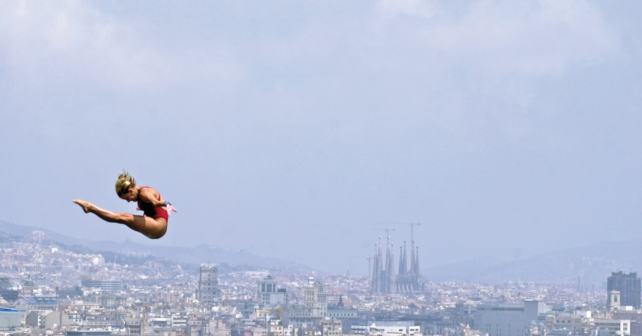 The transformation of Barcelona shows why leaders should rethink how they assess wellbeing at work. Steven P MacGregor explains

There are many dates in Barcelona’s history that, given their significance, have a clear sense of a before and after. 17 October 1986 is surely one of the most important. This was the date that Barcelona was selected to host the 1992 Olympics, which were to utterly transform the city and its people.

As well as the usual construction of sports and hotel facilities, major infrastructure projects were initiated that significantly improved the wellbeing of residents, and do so to this day. The Olympic Village was constructed at the port, opening the city to the sea, making it fit once again for leisure, and transforming the coastline from an industrial area to what National Geographic now calls the best beach city in the world. Other major projects included modernization of the airport with two new terminals, and construction of the city ring roads to reduce traffic congestion in the centre.

Does it matter, then, that the Games had one of the highest cost over-runs in Olympic history? In an age where the Olympics is under increasing scrutiny regarding sustainability and legacy, Barcelona is – rightly – held up as a success case, rather than one of the most debt-laden in history. It made the city what it is today. But that verdict prompts questions: what is the return on investment (ROI) of any significant endeavour? Should ROI be measured only in monetary terms?

Such questions have to be asked about the measures used to gauge wellbeing at work – and indeed, what benefit wellbeing has for business. It is increasingly clear that wellbeing is core to performance.

Researchers at the Ross School of Business have looked at the factors that support sustainable high performance. They use the term ‘thriving’ to describe employees who are not just satisfied and productive, but also engaged in creating the future. They see thriving as present when people believe what they are doing makes a difference and that they are learning. The researchers found that people who were thriving had 16% better overall performance, as reported by their managers, than their peers; they were 32% more committed to the organization and 46% more satisfied with their jobs. They also had 125% less burnout (self-reported), missed much less work, and reported significantly fewer doctor visits, which meant healthcare savings and less lost time for the company.

Professor Scott DeRue, dean of the school, is convinced of the increasing importance of wellbeing for leadership and performance. He highlights the concept of ‘spillovers’, noting that wellbeing isn’t just something that matters at work: “We’ve found that if people aren’t well at work, they aren’t well at home, and vice versa.” The impact of business on healthy communities and societies is clear.

Wellbeing has a formal presence in most large companies today, yet it typically exists at a relatively junior level of the organization and is focused on the reduction of risks, including absenteeism and sickness. Many programmes take a clinical-based approach, rooted in the insurance industry. Absence is often reduced, yet the dangers of presenteeism – long hours and low productivity – or people returning to work before they are ready and negatively affecting those around them, through sickness or emotional spillover, are significant.

The financial return on wellbeing programmes is a matter of debate. The Rand Corporation found that although four-fifths of all US employers with more than 1,000 employees are estimated to offer such programmes, there are no cost-savings associated with the management of high-risk employees (those who smoke or are overweight). Rand contrasts its findings with Johnson & Johnson, one of the longest-running programmes in the US, which has found that ROI ranges from $1.88 to $3.92 saved for every dollar spent. Rand also found participation in programmes to be low, in the range of 20-40% of the workforce.

There is another way, though, of perceiving the opportunities of wellbeing. It lies in recognizing that wellbeing improves executive performance, through increased energy, creativity, resilience, and leadership. It is widely recognized today that health should be defined not just as the absence of sickness, so why does health and wellbeing management in the enterprise still suffer from a negative approach?

One answer could be that the narrow, risk-focused view of wellbeing at work is easier to measure. Some of the business leaders we have engaged with believe this to be part of the company journey – the concept of wellbeing needs to gain a foothold by demonstrating impact on traditional measures, before wider efforts to change the leadership culture gain traction.

Our own experience goes beyond the narrow confines of risk-focused wellbeing programmes towards leadership development, which in turn affects organizational culture. The discrete behaviours of leaders powerfully influence the behaviours of the people they lead – whether indirectly, through the example they show, or directly, through their people management. Leaders’ behaviours are critical to shaping a wellbeing culture that helps people to thrive. As recent work on organizational culture by PricewaterhouseCoopers suggests, tackling a “critical few behaviours” is the most feasible and effective approach to changing culture.

The 1992 Olympics put Barcelona on the world stage, where it has stayed ever since. The ROI of the massive infrastructure spend may be questionable if viewed only on narrow terms. It becomes more convincing when viewing how the city has become a truly global pull for tourism. Yet the biggest benefit may be in the deep cultural change of the city’s people, who were given confidence and belief, and whose daily behaviours were changed forever. The people of Barcelona embraced wellbeing. The same transformation is needed today in workplaces around the world.