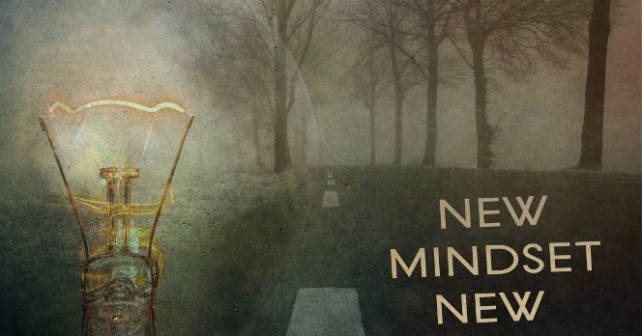 The big shift never arrives by chance. Moving individuals from a Level 3 (traditional, controlled) mindset to Level 4 (emergent, enthusiastic) (Dialogue Q1 2016, p36) can be brought about through practical training and coaching. In many cases, a crisis or a threat triggers the demand for change. Or there may be a perceived need to improve engagement and performance across the board.

Sometimes, the sheer slowness of decision making in a rigid hierarchy causes frustration to build until the case for distributed leadership becomes compelling. “You have to wait for the decision that the senior person makes,” one executive told me.

“Usually that senior person doesn’t have enough information to make the right decision. Usually they call you back, ask for more information … you almost end up making the decision yourself anyway.” Such testimonies are common. Appointed decision makers often have the power to make the decisions, but lack the tools to do so. Their subordinates commonly have the tools but lack the power.

There are other scenarios where a big shift is likely. When a formal leader steps down, instead of anarchy ensuing, sensible people step in to encourage self-organizing teams of knowledge workers, with key individuals acting more as facilitators than traditional executives.

Leaders who want to bring about the big shift can implement my Emergent Leadership Model, a 10-week Individual Shift Programme. The initial self-assessment often reveals a dissonance between leaders’ self-impression and the actual situation.

In the initial individual assessment of the programme using an online tool, leaders are asked, in detail, about how they actually operate, and how they perceive the organization and their colleagues. In the results of an individual assessment, someone may consider himself or herself to be mostly at Level 4, but the analysis reveals a person who is anchored at Level 3. This can be very disheartening for the individual.

It may be the case that the person feels culturally constrained to operate in a command-and-control manner. He or she may have gained early business experience in an environment dominated by targets, bonuses and formal hierarchy for making most decisions. In my coaching experience, it is common for executives to consider themselves to be more empowering than they really are, and to struggle, in practice, to cede control, despite having good intentions. But many are both willing and able to move up to a higher level of operation.

The move up to Level 4 often means letting go, having the confidence to say to a suitably knowledgeable and empowered individual: “Go ahead with that course of action. You don’t have to check in with me for approval of every step.” The leader learns to say: “You design and implement that project, and I’ll help resource it.” Instead of: “Do it this way, to this set of established guidelines, and you get a bonus for meeting this deadline.”

This shift in an individual’s mindset transforms the organizations in which they work. In the past, there was a tacit assumption, in both personal and organizational development, that the two are separate or only loosely connected. But this limiting belief understates the extent and depth of interdependence.

Individuals proceed through levels of development – for example from Level 3 to 4 – both while, and by, influencing others. In turn, organizations exhibit similar levels of operation. Imagine that a leadership team with a controlling approach oversees a competent, but underperforming, company.

Some key leaders gain insight into these weaknesses and they begin to empower themselves and their colleagues to move to a higher level. Once tangible benefits to the organization are experienced, the confidence grows to repeat and deepen the process, in a virtuous circle.

This interdependence can be observed in neuroscience. When leaders engage in empathic behaviour, they directly alter their own brain chemistry, and that of people around them.

When an empowering approach to leadership begins to take hold, the confidence soars, not only for the individual given such responsibility, but in his or her team members, and other teams within the organization that are inspired by the example. Trust, communication and exchange of ideas multiply.

The benefits that begin to ripple through the organization include: accelerated project completion, greater innovation, increased organizational resilience and adaptivity, sustained growth, an enhanced ability to renew or reinvent the organization, plus better retention of knowledge workers.

Organizational culture is not something separate or ‘out there’. It is continually being created by the people who make up the company: their values, conduct, self-awareness, ability to communicate and collaborate and their relationships. Another implication is that developing leaders may be a more eff ective, and more cost-effective, approach than managing individuals out of organizations and replacing them.

Given the immense power of a shift to Level 4 and above to improve business achievement across a range of objectives (more productivity and better service, more innovation, superior customer service and financial returns), and given the evidence base supporting these findings, one would expect the majority of organizations to be at such levels – or to be close to and/or aspiring to achieve them.

This is not the case, however. According to the book Tribal Leadership, more than twice as many employers are at Level 3 (49%) than at Level 4 (22%).

The sheer gap between our knowledge and our achievement is huge, and previously understated. As a profession, we in management are not even close to being rigorously evidencebased, or the best that we can be. A quantum leap in performance is needed, and we now have the knowledge on the ‘how’ as well as the ‘what’, for individuals and their teams.