We need to rewrite the contemporary notion of storytelling 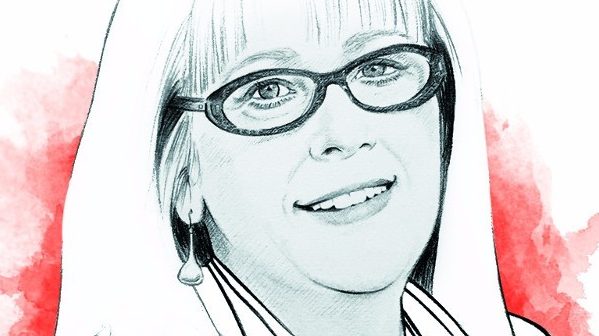 2018 seemed to be the year of ‘storytelling’. I have heard many claims from contributors to workshops, seminars and conferences that they “work with stories”. What do they mean?

Humans tell stories. Some cultures have a largely oral tradition. Consider how the Irish pride themselves on their ability to tell stories – some people attribute this to the marginalization of their language by the English.

This is not a 21st-century phenomenon, however much the people who “work with stories” imply it is. An important function of the story is to encourage others to empathize with us. When people show an interest in us and our stories, we produce oxytocin – the hormone that helps strengthen human bonds.

Culture has always been of huge interest to organizational behaviourists. While at the tenth Global Peter Drucker Forum in Vienna in November 2018, I noticed how frequently culture was mentioned. This supported the view – somewhat controversially attributed to the late Drucker himself – that ‘culture eats strategy for breakfast’.

Some commentators are now taking this view further, and describing leadership as a construction of culture. Johnson & Scholes highlighted the importance of stories in their 1992 ‘cultural web’ but, in my opinion, the cultural web underestimates how many other factors are also created and transmitted through stories. We frequently explain rituals and routines, control systems and power structures by giving first-person accounts, our own examples – essentially, stories.

The culture of an organization is constantly being revised and recreated through conversations, through the stories people are telling each other and the meaning of what is happening around them. In his consideration of time, George Herbert Mead, the US philosopher and social psychologist, recognized that by telling stories of what has happened, we are constantly reinterpreting the past. This helps us make sense of the present and reimagine the future.

Social constructionists such as John Shotter also emphasize how language shapes not only how we tell our stories but also how we construct, understand and make sense of them.

Dialogue readers will recall how Canadian business and management academic Henry Mintzberg identified the inadequacies of a single definition of strategy, and recognized the shaping effect of the organizational context.

Just as he cautioned against simplistic definitions of strategy, we should note that attempts to make storytelling different, special, and available to only those who “work with stories”, is disingenuous.

It is, in many ways, reminiscent of those who claim to ‘apply’ the 70:20:10 formula to learning. 70:20:10 is not a formula, it’s an observation; a way of recognizing how much we learn from each other; how, in the grand scheme of learning, formal learning plays only a small part; and why, in the workplace, the context and purpose of the learning are key.

So, rather than “working with stories”, let us concentrate more on listening to the stories that are being told without overlaying them with notions of heroes, voyages and quests.

The best cultures allow for multiple voices, multiple perspectives and multiple interpretations of events. If we limit storytelling to the self-appointed, we will constrain our understanding of the world.