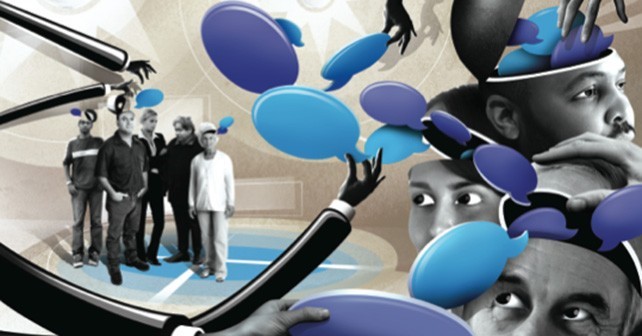 Managers might refute public criticism of their business as an attitude of taking everything for granted in a saturated society, but ignoring Public Value aspects can threaten the success of new products and even the survival of entire firms. Timo Meynhardt, Peter Gomez, Pepe Strathoff and Carolin Hermann report

A young manager of a multinational company strolls around the bookshop at Zurich Airport. The table with “airport literature” for managers is stacked with guidebooks that promise the silver bullet to tackling general management issues. Books on how to make your customers happy and thereby make your business, as a whole, successful are on offer alongside literature telling the manager that he has to abide by ethical rules and should engage in corporate social responsibility activities. In the end, he does not buy any book but gets a newspaper instead. Sitting in a coffee shop he reads his newspaper. When reading the “business” section, he shakes his head and wonders about the complexity of the demands that are asked of today’s businesses.

Firms are supposed to earn returns for the shareholder and contribute to economic growth. At the same time, they should behave in an ethical manner and provide solutions to society’s most pressing problems. The manager sips his coffee and thinks about a conversation he had with his father, the owner of a medium-sized company, a week ago. His father told him that in the past, doing business was easier and without question producing goods which people need is basically a good and thing that creates value for society. The young manager is lost in these thoughts when he hears his name in an announcement: Last call!

The short story above shows that there is quite a bit of confusion about which management paradigms to follow and, accordingly, the focus managers should assume when thinking about value creation. Today, the very notion of creating value needs a revision or at least an extension.

The idea of Public Value, as developed at the University of St Gallen, has been designed to help leaders find a way to value creation.

Public Value differs from conventional management paradigms, how it can be made transparent for society and how it helps you as a manager.

Public Value describes the contribution organizations make to society – as perceived by the wider public. It is different from the concept of a public good in economics, which is defined as a good to which access cannot be restricted efficiently (non-excludable) and where the consumption by one individual does not reduce the good’s avail- ability to others (non-rivalrous). Public Value transcends these categorizations. Both private goods (such as a car) and public goods (such as national security) can have a Public Value if they are positively evaluated by the wider public. If not, even a public good has no a Public Value. If an organization cannot answer why and how its activities contribute to society as a whole, its very licence to operate is at risk. It is no longer sufficient to legitimize free enterprise by its capacity to create jobs and pay taxes. In a world, where economic growth is no longer seen as an uncontested idea of capitalism, an explicit Public Value proposition becomes a driver for resilience, innovation and, last but not least, for the purpose the public and employees are looking for.

Professor Dr Timo Meynhardt is managing director of Center for Leadership and Values in Society at the University of St Gallen. He also holds the chair of management at Leuphana University in Lüneburg.

Professor emeritus Dr Peter Gomez is president of the faculty council of the Center for Leadership and Values in Society at  the University of St Gallen.

Pepe Strathoff has been a research assistant at the Center for Leadership and Values in Society since January 2013.

Carolin Hermann is a doctoral student at the University of St Gallen and a research assistant for the Center for Leadership and Values in Society.