On the road to success: Harley-Davidson’s journey into India 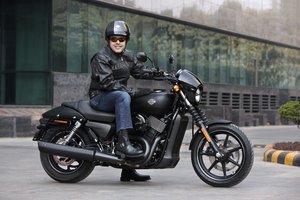 Harley-Davidson took a decision in 2009 to ride out into the unknown and embarked on a journey into the Indian sub-continent, as editor-in-chief of Dialogue, David Woods discovers

When it comes to iconic brands, Harley-Davidson could be described as an archetype. The very mention of the name conjures up images of James Dean or Steve McQueen living the American dream and powering off on their bikes down an open road towards exciting new horizons.

In fact, the image of the Harley rider oozes the idea of power, authority and freedom; and the popular slogan “God rides a Harley”, while controversial, certainly positions the bike as a product of choice.

Fans of the bike have popped up in unexpected places – Pope Francis famously sold his own Harley- Davidson for $327,000 earlier this year at a Bonhams auction in Paris. The price far exceeded the $16,000 to $22,000 pre-sale estimate. A leather Harley-Davidson motorcycle jacket signed by the pontiff also sold for $77,485 this year.

The company culture is strong; it’s a case study in branding and it’s fair to say that few companies could boast as many fans that have their logo tattooed onto their very skin as Harley.

John Russell, who was formerly the European managing director of the company, once famously said: “Harley-Davidson sells to 43-year-old account- ants the ability to dress in leather, ride through small towns and have people be afraid of them.”

In short, Harley-Davidson is very clear about what it is selling; and that’s not necessarily just bikes; it’s an image, an experience and a lifestyle. It is essentially selling its brand to people.

But in 2009, the company faced a new and daunting challenge – to enter the Indian sub-continent; a country with an equally strong myriad of cultures, far from the “American dream’”– at least that described above – both geographically and metaphorically.

This was a country where Harley faced a very real threat that its established iconic brand could actually work against it.

Anoop Prakash, who was selected to head the company’s expansion on the sub-continent as MD of Harley- Davidson India, explains: “In India in 2009, there was a high brand awareness of Harley-Davidson, but awareness does not always translate to relevance. There were broad misconceptions about Harley-Davidson customers, originating from the pop culture stereotypes of Arnold Schwarzenegger and Hells Angels on one hand, or older white men with beards, bellies and tattoos on the other.

“In India, the classical concept of the open road was –

This article has been taken from ‘The future of branding’ issue of Dialogue. To read the article in full or others like this, you can purchase Dialogue here. Dialogue is available in both print and digital edition. If you have a smart phone or kindle, simply search ‘Dialogue’ to download our app.