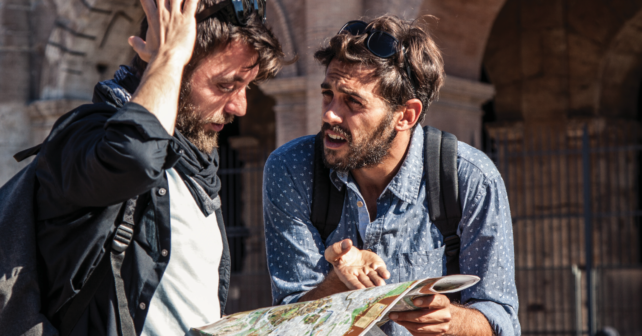 A pattern of appointing incompetent male leaders starts at the very top of organizations. It’s time for change. Review by Kirsten Levermore

“Look around your office. Turn on the TV. Incompetent leadership is everywhere.”

So says Tomas Chamorro-Premuzic in his provocative book, Why Do So Many Incompetent Men Become Leaders? (and how to fix it).

Seventy-five per cent of people quit their jobs because of their direct line manager. Sixty-five per cent of Americans say they would rather change their boss than get a pay raise. As the old adage has it, the fish rots from the head: leadership matters, and what happens at the top is replicated throughout organizations. That includes who we appoint to positions of leadership.

Chamorro-Premuzic’s latest book is an expansion of his famed 2013 Harvard Business Review article of the same name, and is a stark map of the leadership landscape in the modern world. It sets out the correlation between leadership incompetence and a lack of female leaders, and asks: if more women were in charge, would the prevalence of bad leadership decrease?

You’ll note that I said ‘correlation’, not ‘causation’. The author makes it clear that he doesn’t necessarily believe that it is only men who make for incompetent leaders. Rather, it’s a simple fact that men outnumber women at the top, and so the survivorship bias would indicate that ‘bad leader = male leader’.

Chamorro-Premuzic doesn’t use this simplistically to call for “more females in power!” Rather, he uses his book to challenge us all to elevate the standards of leadership.

Why do incompetent men become leaders?

Humanity has associated the male specimen with leadership for millennia. In fact, as this book explains, we have done this with such regularity that we now often associate qualities of leaders with men in general. Nowhere is this more apparent, Chamorro-Premuzic writes, than in the double standard of overconfidence.

Exhortions to “Believe in yourself! Don’t worry what others think of you!” suggest the speaker is self-confident and abrasive. In men, these qualities are perceived as ‘competence’ and ‘decisiveness’. In women, they can be seen as ‘arrogance’ and ‘aggression’.

Very often, leaders hire other leaders. Those already in charge therefore bear weighty responsibility for recognizing their true value and efficiency as a leader, and recognizing what makes for a good leader – even if that is not something that they are themselves.

It becomes a self-propagating prophecy that leaders employ others who look and sound just like they do. It is an inherent, often subconscious, personality nepotism.

To break this cycle we need more leaders – yes, probably female – who exhibit the potential to be great leaders through their competency and integrity. The author puts these forward as new qualities that should become the most important factors for appointing leaders.

Making the case for investment in leadership development, Chamorro-Premuzic believes those already at the top must be enabled to see a new, wider spectrum that doesn’t just focus on ‘personality’ as a guarantee for someone to be an effective leader. And that means learning how to hire differently.

How do we hire good leaders?

Organizations must put in place “much bigger obstacles for the disproportionate glut of incompetent men who are so skilled at becoming leaders, to everyone’s peril”, writes Chamorro-Premuzic. Nine easily digested chapters set out the qualities of both the incompetent and good leaders of our day, including a fascinating discussion about our perception of key traits in effective leaders versus the actual traits – and a brief scolding of a society which continues to confuse confidence with competence.

The award-winning business psychologist and chief talent scientist also imparts his passion for metrics and technology, urging us to look past charismatic archetypes and how they blind even the most pragmatic of us when selecting and appointing a leader. Instead, Chamorro-Premuzic insists, we must all work harder to truly understand leadership talent and how to measure it.

The book offers several research-driven strategies and tools for sussing out those best equipped to lead: network analysis, web scraping, gamification and of course people analytics all get the nod. Traditional interview techniques are classed as poor substitutes and victims of our biases – a fair point, when you consider Chamorro-Premuzic’s key message that we subjectively select leaders because we believe they share qualities with those who have gone before, good or bad.

The close of this illuminating book sees the author rest his pen on one final point: as a society, we have to challenge who these current leaders are, regardless of gender; perform due diligence on their leadership competence and ability; and bring them to account sooner rather than later. Only then will the floodgates open to more competent leaders, of any gender.

— Why Do So Many Incompetent Men Become Leaders? (and how to fix it), by Tomas Chamorro-Premuzic (Harvard Business Review Press)