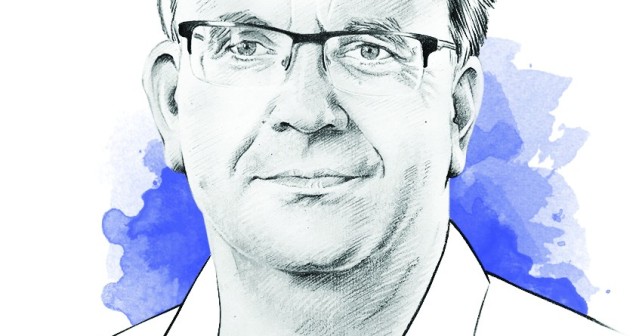 The USP is the holy grail of marketing for no good reason, writes Giles Lury

Rosser Reeves was the son of a Methodist preacher who attended – albeit briefly – the University of Virginia. He was expelled for drunkenly crashing a friend’s car. An event bad enough in its own right was rendered even worse by the fact it happened in 1929, the Prohibition era.

Reeves is, however, better known for two other things. First, he is at least in part the inspiration for the lead Mad Men protagonist, Don Draper. Second, he introduced the notion of the single-minded proposition – the USP – to the marketing lexicon.

Marketing news website Adage.com describes the rules for a USP in its online encyclopaedia. “The USP must follow three rules: first, the advertiser must present a definite proposition: if you buy X, you will get a specific benefit. Second, the benefit must be unique to the particular product, unavailable in the products offered by competitors. Third, the proposition must be a ‘selling’ one – that is, the benefit must be one that many people will want.” (Irony alert: even the USP, which preaches singularity, has three rules, three requirements).

Paul Feldwick, in his book The Anatomy of Humbug, notes that the USP “has been so often repeated ever since [its introduction] that it now seems to be universally believed, not least in creative departments”.

However, three things strike me about the USP and make me wonder at its continued appeal for brand proposition and brand purpose development.

First, as Paul Feldwick also notes in his book: “He [Reeves] produced no real evidence for this claim – and I know of none myself to support it.”

In other words, what has become one of the most widely used and important ideas in marketing was originally based on one person’s assertion and no empirical evidence. It suited advertising agencies, was seductively simple, and so it stuck.

Second, there are numerous examples of multiple-pronged propositions, which have been – and indeed still are – hugely successful. Third, that in this era where so many marketers are championing the benefits of storytelling, they are ignoring one of the most famous literary techniques – the power of three.

The power of three is a writing principle that suggests things that come in threes are funnier, more satisfying, or more effective than any other number of things. Think of popular stories with staying power, and you get The Three Musketeers, The Three Stooges, Three Amigos, Three Men and a Baby, The Good, the Bad and the Ugly, as well as Goldilocks and the Three Bears. Not forgetting the Holy Trinity, the three wise men and the three witches in Macbeth.

Winners of athletic events and talent contests tend to come in threes – gold, silver and bronze medallists. Indeed, the Olympic motto is Citius, Altius, Fortius, which is Latin for faster, higher, stronger. Speaking of Latin, the phrase omne trium perfectum (everything that comes in three is perfect, or, every set of three is complete) is another expression of the
rule itself.

Looking at the marketing world, the long-running Mars proposition (and tagline) isn’t single-minded. It is three pronged – ‘A Mars a day helps you work, rest and play’. Horlicks in India uses ‘Taller, stronger and sharper’. The proposition of the French Republic is threefold too – Liberté, égalité, fraternité.

Brand purposes aren’t immune to the power of three either. Coca Cola’s stated mission is “To refresh the world in mind, body and spirit”. Meanwhile, Mastercard pledges to make payments “Safe, simple and smart”. Shell doesn’t have the alliteration, but speaks to three forms of engagement: “To engage efficiently, responsibly and profitably.”

So by now I’m hoping you trust I’m telling you the truth, the whole truth and nothing but the truth. And you’ll have the courage to doubt, challenge and find alternatives to the USP. It really is a singularly lousy mantra to live your
life by.

– Giles Lury is director of strategic brand consultancy The Value Engineers. He is author of numerous marketing books – the latest of which is How Coca-Cola Took Over the World: And 100 More Amazing Stories About the World’s Greatest Brands