Why do crazy people never attack at the same time? 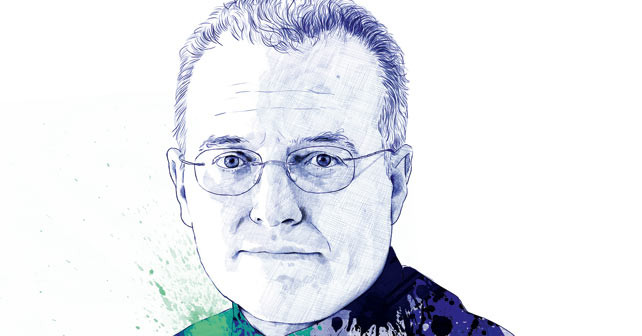 I had the good fortune during the summer to listen to Joachim de Posada at a meeting of the Telefónica Latin American managers.

Professor Posada, a psychologist, author, consultant and motivational speaker, was basically talking about motivation. But what caught my attention was an anecdote he shared about a visit he had paid to a psychiatric hospital where there was just one nurse in charge of quite a large number of patients, some of whom were known to be violent.

Somebody asked him: ‘Tell me, don’t you ever get scared, being here all on your own?’ and the nurse replied: ‘That’s the least of my worries. Don’t you know that crazy people never all attack at the same time!’

That anecdote made me think about one of the main ‘cancers’ that organisations suffer from, which I like to call ‘the barcode syndrome’.

What I mean by that is how hard some organisations find it to work in a horizontal or inter-departmental way, and they cannot solve overarching problems in a co-ordinated fashion – and what’s worse, they cannot see the customer in a holistic way, therefore every section or department ends up dealing with a ‘portion’ of his needs.

I came across a good example of this in former Apple CEO Steve Jobs’ biography, written by Walter Isaacson, president and CEO of the Aspen Institute. One chapter talks about the time when Jobs was preparing to launch the iTunes Store, and he opened negotiations with Sony to acquire the rights to the music, bu soon gave up on the idea.

The reason, according to Isaacson, was that the Apple team felt that although Sony had everything that was needed (music rights, equipment, computers and so on), ‘their departments were at war with each other.

With each department trying to protect its own interests, the company as a whole never managed to achieve a clear direction whereby it could create a complete and integrated service’.

In other words, like crazy people, each one was following its own path, trying to protect its own space; its own budget; its own profit and loss statement; its own team; its own marketing and advertising resources; its own decisions on customer profiles; its own decisions on hiring its own advertising agencies; or its own interpretations about vision and brand values. Everything was own, own, own. Like crazy people – every one is crazy in his or her own way. What they don’t understand is that what they think is their own is a fantasy – if the WHOLE company goes down the drain, their OWN little business vanishes like snow on water.

So that’s the barcode syndrome, the syndrome where every individual has his own ‘bar’, where every crazy person is crazy in his or her own world – and the syndrome is more common than you might think.

What are the causes?

Well, there are many, but here are some of them:

How do you put a value on the work done by the person who keeps moving from one location to another just to get them to work together, because it is the work of the whole that brings in the income? It is not always easy to see the value of the facilitator.

This means that companies afflicted by the ‘barcode syndrome’ are more interested in exercising power than managing projects. These are the companies where the heads of the various sections are not prepared to share (goals or resources) in the false belief that sharing does not mean adding to something; it means giving something up, probably decision-making powers.

But this means that they work in silos. If we take a look around, we can see plenty of examples of people suffering from this syndrome, and I don’t just mean businesses. I always think about the Beatles: together they were so much more than Paul, John, Ringo or George by themselves. Maybe that’s it: maybe they really were crazy when they were the Beatles… Life is full of contradictions.

Everyone is
crazy in his or her
own way. What they
don’t understand is
that what they think
is their own is
a fantasy

The barcode
syndrome is where
every individual has
his own “bar”, where
every crazy person
is crazy in his or her
own world

Companies
afflicted by the
‘barcode syndrome’
are more interested
in exercising power
than managing
projects.