How to survive a minefield 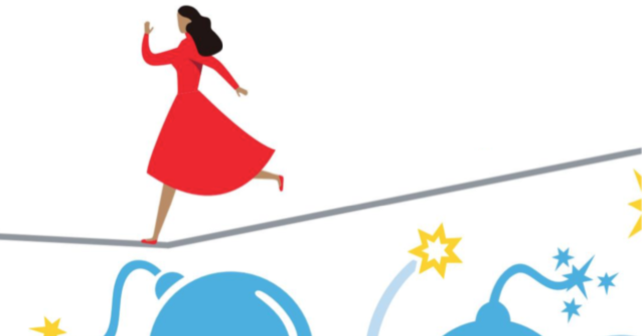 There are traps associated with the ‘fail fast, fail cheap’ principle. Here’s how financial firms can avoid them, writes Camelia Ram

Negative emotions exert an important and powerful influence on actions. Psychological studies show that we tend to regret things that we do not get to act upon. On one hand, this knowledge can stimulate action over inaction. On the other hand, perceived obstacles, painful emotions and past experiences can trigger a protective stance. This is harmful at individual and organizational levels, as it inhibits learning from mistakes and choosing more effectively in future.

This phenomenon is particularly pronounced among traditional financial services players. Historically, banks have capably integrated new technology into their processes and systems. However, the financial crisis resulted in preoccupation with regulatory concerns. Innovation became a distant priority, and the image of the trusted banker was tarnished. Meanwhile, Google, WhatsApp and Amazon set a new bar for customer service. The banks have lagged. Now, the gap in service is being filled by several fintech companies. Peer-to-peer lenders to robo-advisors are competing on transparency, cost and efficient, timely service. The incumbent players in financial services, and indeed any sector defined by strong regulations and hierarchical structures, recognize that they need to fail cheap and fast. Yet many continue to struggle. So what are the key traps into which traditional players are prone to fall? And how might those traps be overcome?

Planning for the future based on what worked in the past

For many of those who sit on the boards of banking and capital markets companies, there is no mandatory retirement age for directors, which leads to many serving well into their seventies. In a world of increased complexity, ambiguity and inequality, there is inherent risk that what customers value most is overlooked in favour of an approach where the company believes it knows what is best. The bias towards protecting legacy may lead to missed opportunities because outdated ways of doing things are championed as part of brand identity. Protecting legacy is therefore confused with respecting legacy. The latter creates space for the right kind of failure while inventing the future. Projects where you know upfront that you do not know whether it will work create the space to learn as much as possible at as low a cost as possible. One example of this was the pilot project between OnDeck Capital and JPMorgan Chase on a digital banking small business lending product in early 2016. Chase, the main US banking unit, offered branding and funds. OnDeck provided the platform for almost real-time approvals and same, or next-day funding. In 2017, the partnership was extended for another four years.

Decisions based on risk-avoidance

It has been shown that decision-makers who expect to have choices scrutinized with hindsight, such as physicians, chief executives and politicians who work within performance cultures, have a tendency not to take risks. This is perhaps due to the potentially irreversible damage to personal and institutional reputation, given the nature of the high-stakes decisions they take. Confirmation bias may also take hold in such situations, resulting in decisions being made based on information that supports a preferred view at the expense of alternative, equally valid information. Yet, it has also been shown that it may only take some simple and subtle manipulations to increase curiosity and overcome regret aversion. One such mechanism is to focus on no more than three ‘big ideas’ that will be true years from now, and enforce execution of those big ideas. For Amazon’s consumer business, these are low prices, fast delivery and vast selection.

It has been shown that negative outcomes tend to stimulate the search for causes, whereas good outcomes tend to elicit little cognitive activity. The concept of regret can be especially helpful to risk-avoiding decision-makers in better understanding what is at stake.

Regret is the difference between the maximum achievable performance across all options, and the expected performance of a given option. While partnerships between banks and fintech startups can be fraught with challenges, when one considers the potential for long-term gain in terms of enabling access to billions of financially underserved individuals, there is little anticipated regret.

For example, MicroBank, a subsidiary of Caixa Bank, and Entrepreneurial Finance Lab Global, collaborated on a psychometric scoring model and machine-learning to assess creditworthiness. The new model led to an improvement in approval rates of credit requests by 50-60% compared to traditional risk models.

The inclination to avoid risks can be circumvented in two main ways.

First is to recognize that doing nothing may incur regret in the long-term, while action now increases the odds of success over time.

Second is to invest resources with clear parameters on objectives, measures and timeframes.

Banks would do well to focus on better products, efficient delivery and low cost to create a financial system that works for everyone.