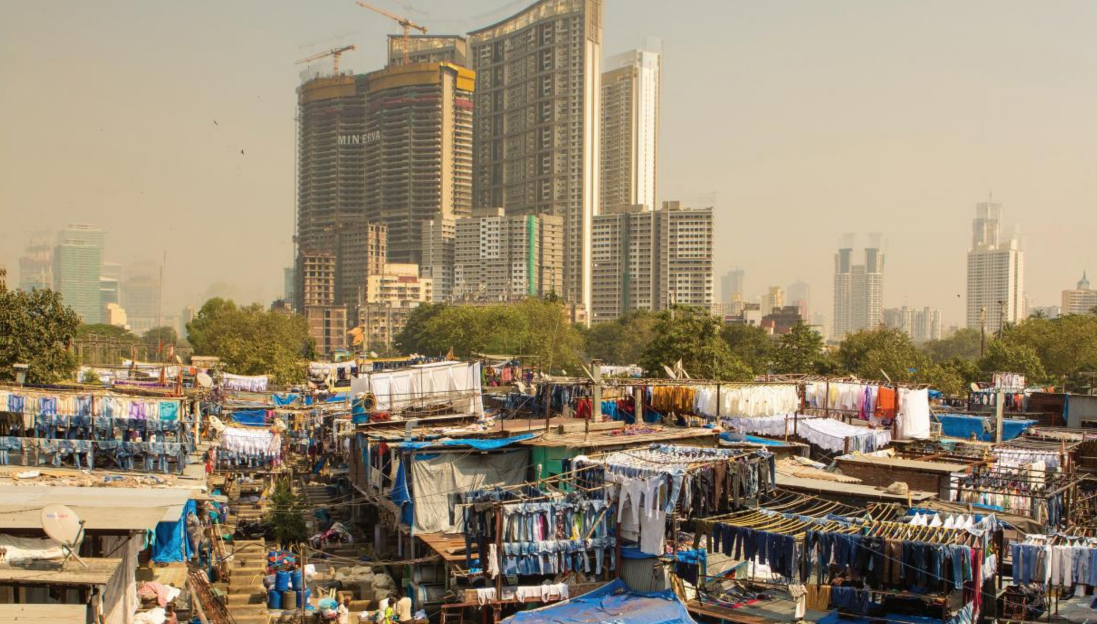 Corporate social responsibility (CSR) is now a mainstream concept in business around the world, from the wealthy West to the global South. Nowhere, though, has it had such an impact as in India. India was the first country in the world to legally mandate CSR through the 2014 Companies Act. While other countries have followed suit, including China and Indonesia, India still stands apart.

In India, CSR is in the cultural DNA. Indian leaders lead with a sense of social purpose. And with business leaders around the world re-assessing their responsibilities in a post-pandemic world, it is the perfect time for Western chief executives to learn lessons from their Indian counterparts. As they have shown, if you can articulate an authentic social purpose for your organization and take it seriously, there are real benefits.

Currently home to one-sixth of the world’s population, India will be the most populous country by 2030. Its economic performance will play a key role in determining the success or failure of the UN Sustainable Development Goals (SDGs). India is already the fifth largest economy in the world and is growing rapidly, with a huge domestic market and an important role in global supply chains. The economy is currently worth some US$2.72 trillion, and the Indian government has set a target for becoming a $5 trillion economy in GDP by 2024. What’s more, India plays an important role in the agreements that govern our world and which are critical to a range of challenges, including reaching net zero greenhouse gas emissions by 2050. India – and the world – need unprecedented collaboration and action between businesses, investors and government.

That action was given a huge push by the CSR provisions in India’s 2014 Companies Act. The law pushes businesses to invest their profits in areas such as education, poverty relief, gender equality and hunger remediation. All businesses, national and multinational, with annual revenues of more than 10 billion rupees (£105 million or US$138 million) must give 2% of their net profits to charity. The government argued the law would release much-needed funds for social development, and since its implementation, the general consensus has been that it’s working. This groundbreaking legislative change has made corporate India wake up to its wider social responsibilities. Research has found that compliance with the CSR requirements has been good, and has improved steadily: it was expected to hit 97-98% in 2020.

That has unlocked a significant amount of money for good causes. Since 2014, CSR spending by businesses in India has increased significantly: companies spent 47% more in 2018 than in 2014-2015. Listed companies spent about $1.4 billion on various programmes, ranging from education and skill development, to social welfare and healthcare, to environmental conservation. The Prime Minister’s National Relief Fund saw an increase of 139% in CSR contributions in its launch year, 2019. The education sector received the most funding (38% of the total) followed by hunger, poverty and healthcare (25%), environmental sustainability (12%) and rural development (11%).

In January 2021, the government announced important amendments to the law, such as allowing companies to undertake multi-year projects; requiring all agencies implementing CSR activities to be registered with the government; and restricting companies from appointing agencies to conduct their CSR activities. This latter rule will impact many organizations and their CSR initiatives, and will mean that private trusts will have to convert to registered public trusts, or stop acting as CSR agencies. All these changes will now mean that companies will be answerable for their social responsibility like never before.

India is under no illusion: there is no shying away from the fact that it is plagued with inequalities between rich and poor. Estimates of the Gini index, a summary measure of income inequality, have revealed a picture of inequality that has been getting significantly worse over the course of recent decades. India has a large illiterate population: among children aged seven or older, nearly one in every five males and one in every three females are illiterate. Most schools remain of low quality. Healthcare for the poor, meanwhile, is low quality and exploitative. Most of those on low incomes rely on international aid agencies and non-governmental organizations (NGOs) for the most basic vaccines.

But things are moving in the right direction. India knows that the UN SDGs have to be implemented by 2030: that requires an immense effort not only from the government but from businesses. Developments in Europe are likely to have a significant impact on Indian companies with global ambitions, be it the growing clamour for a green recovery from the pandemic, or the impact of ESG concerns (environmental, social and governance), or thinking about sustainability and the societal impact of investments. The Indian government is already using the SDGs as a roadmap for formulating national policies and regulations. It is compulsory for corporations to complement these actions, and the government has announced it is considering establishing a Social Stock Exchange.

Having been born in the West, with the privilege of having lived in India for nine years, I know that there is much to learn from this country. Yet for too long the West has been fooled by the apparent chaos of the sub-continent into thinking it has a lot to teach India about sustainability and CSR – failing to realise that India is home to businesses who have been sophisticatedly leading on CSR and sustainability for over 100 years. India has many businesses where the purpose of the organization is highly integrated, embedded in the heart of the company, its business strategy and its operations.

In India’s recent history, CSR can be traced to Mahatma Gandhi’s concept of ‘trusteeship’. After India gained independence in 1947, Gandhi urged powerful industrialists to share their wealth to help support the underprivileged in society. It is said that Gandhi regarded the Indian companies and industries as the ‘temples of modern India’; he encouraged them to build trusts for colleges and training institutes, and to support social reforms like rural development, women’s empowerment and education.

This philosophy continues to influence Indian business practices today. It is especially evident among large firms such as Tata, which has a long tradition of social contribution enabled by a tightly controlled, family-dominated ownership structure that insulates the firm from shareholder pressures.

The role of business slowly changed between 1960 and 1980, a post-independence period during which a ‘mixed economy’ emerged. Large state-owned companies took part in prominent state-sponsored CSR activities: the emerging ideas of Nehruvian socialism, associated with India’s first prime minister, Jawaharlal Nehru, saw private industries playing an active role in the economic and social development of the country. As a result of increasing economic and trade liberalization, non-family-owned businesses started to become more common, blending Gandhian trusteeship and Nehruvian social responsibility, and paving the way for contemporary CSR practices in India.

Since the 1980s, economic reforms have increased the presence of multinational corporations in the country and transformed some Indian businesses into global enterprises. Nonetheless, the philanthropic tradition continues. Corporations such as Tata and the Birla Group have established charitable trusts to provide financial grants for social causes.

At the same time, stakeholder engagement has emerged as a second, complementary instrument in the practice of CSR. Gradually, corporate leaders began to recognize communities not simply as recipients of corporate philanthropy, but as partners with a legitimate stake in company operations. This shift was triggered in part by the increased presence of multinationals such as IBM and Unilever, for which stakeholder engagement was a well-established business practice. At the same time, Indian businesses were building a strong presence in developed countries through mergers and acquisitions, and through market penetration of goods and services. They increasingly confronted pressures to adopt CSR standards and certifications found in such countries.

Most recently, economic growth has seen the Indian middle class expanding and high-tech infrastructure developing. Yet historical spiritual traditions are re-emerging among those caught up in the rapid economic growth.

A culture of responsibility

Today, India is a world leader in sustainable and CSR-led businesses. Its impact can be seen across businesses of all sizes, from small social enterprises to multinational corporations. The threads of community responsibility and spiritual practices which are visible in Indian business are deeply rooted in the Indian political and religious experience. The forces of globalization are transforming Indian corporations as trade liberalization proceeds at a pace, protectionism diminishes, and companies emerge as equal players to their Western counterparts. But India has learned through experience the importance of owning its cultural brands and preserving its unique culture of responsibility.

India is a vast and complex country, with extreme poverty side-by-side with immense wealth, and deep splits between urban and rural populations. CSR is one of the best ways to achieve transformation and tackle those enormous challenges. The CSR law has helped to ensure that CSR is no longer seen as corporate social assistance or philanthropy, but as essential to a good business strategy, helping reduce investment risks and enhancing business profits by improving transparency and accountability. It is about working together – across government, civil society, and communities – to improve the lives of millions of people by making growth more inclusive. India has a chance to show the world the impact of its approach.

Sangeeta Waldron is founder of Serendipity PR & Media, and author of Corporate Social Responsibility Is Not Public Relations (LID Publishing, 2021)