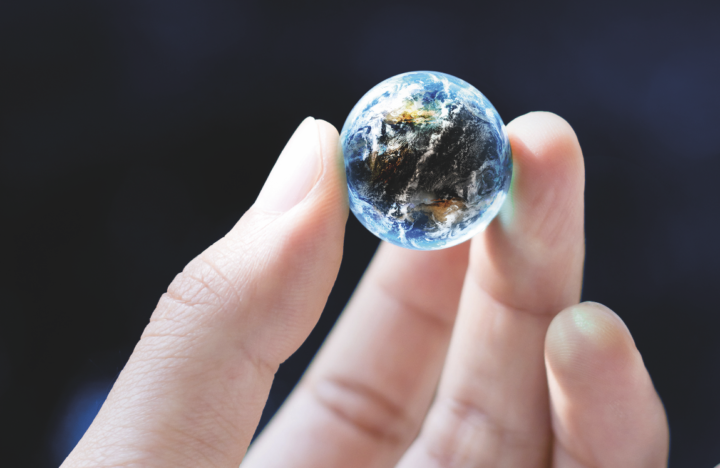 Economic shocks can upend the delicate equilibrium of international trade – and are beginning to roll back globalization.

Fokion Karavias, chief executive of Eurobank Ergasias, recently made a striking argument in a presentation at the London School of Economics. “The world is becoming smaller,” he said. He was succinctly articulating a point that has recently been made by many influential figures: what Kenneth Rogoff of Harvard University regards as a macroeconomic shift in national budgeting, and what José Manuel Barroso, chair of Goldman Sachs International and former president of the European Commission, refers to as a “decoupling world”. What do their views mean for the global economy – and are they right?

The peace dividend and globalization

Since the end of the Cold War, a significant part of many countries’ national resources has been redirected from armament programmes towards non-military sectors. This is the so-called peace dividend. It created a sense of confidence (retrospectively seen as false) which enabled many countries to open up their economies on an international scale, exploiting all the benefits of absolute and relative comparative advantage. Consequently, countries with natural resources focused on exporting them, while countries with natural resource deficits found it cheaper to import them. This resulted in a previously unseen level of globalization.

However, not all countries reaped the benefits of this process in equal measure. Some accelerated faster than others, leading to more inequality. One detrimental factor as to how countries experienced globalization seems to be their relation to energy and natural resources. Countries such as Russia and Norway that are rich in natural resources opted for a less diversified trade balance, focusing on exports, while others, like Germany and China, opted for a much more diversified trade balance.

It seemed at first that a reasonable global balance in trade was maintained, but as time went on, those countries with more diversified economies seem to have experienced higher growth. They reaped greater benefits from this more global and interconnected world. The economic theory that supports this is that countries without natural resources must create resources, in the form of added value or services: that is a driving force for innovation. Innovation, in turn, makes countries more competitive, which rebalances them among the higher-resourced countries – and so, in the longer term, they seem to be the winners, regardless of their developmental stage or political status.

This leads political analysts to conclude that a heavy dependence on natural resources leads to weaker institutional structures and results in what is called the “resources curse” – the vicious cycle of a never-ending struggle for domination through the use of resources. (Think of oil-rich states.) In the absence of hereditary monarchies, this struggle for power becomes more apparent and is more associated with a governance system based on favouritism rather than merit. This leads to a delicate trade equilibrium that is hard to maintain and is susceptible to significant disruption when macroeconomic shocks occur.

Shocks to the system

These disruptions are exactly what happened following three macroeconomic shocks over the past decade and a half: the 2008-2009 financial crisis, the Covid-19 crisis and the war in Ukraine. All three events represent a significant disruption of a delicate trade equilibrium and have magnified the inequalities inherent in asymmetrical access to the benefits of globalization.

Depending on their geographical location, demographics and industrial organization, some countries have embraced the idea of greater integration as a response to this disruption, while others have seen their geopolitical advantage as a viable alternative. Russia is a characteristic example of the latter: by relying too heavily on the bargaining power afforded by its dominance in natural resources, its other sectors have lagged far behind. The only options for Russia to keep up with this faster-paced and more interconnected world would be to embark on a costly restructuring of its economy – or an equally costly expansion of its access to natural resources.

Unfortunately, Russia opted for the latter approach, which has of course resulted in a very hard shock to the world as we know it, with highly disruptive consequences for global trade. The interdependencies of countries that allowed for the full exploitation of the benefits of relative and absolute comparative advantage are now severely disrupted by countries prioritizing their national security. Indeed, the EU is now considering creating its own army, while its individual states scramble to find new energy sources to achieve independence from Russia. Rogoff suggests that this will be followed by the repatriation of key industrial activities that are considered to be vital to national security. According to Barroso this will also happen at a micro level, with individual enterprises following regional rather than cost priorities – preferring to be closer to customers, rather than focusing on lower-cost supply chains. In combination, the pursuit of energy independence and the repatriation of industrial activity will inevitably lead to less interdependencies among countries, or a new ‘smaller world’.

Countries like the EU member states that have enjoyed the benefits of globalization, by outsourcing substantial amounts of industrial activity, importing energy, and exporting goods and services, will experience the biggest disruptions. Countries like Germany and Italy have exposed themselves by relying far too much on a non-diversified energy mix, with respectively over 40% and 70% of their energy coming from Russia before the conflict. This cannot be reversed immediately or without severe costs, but they will, eventually, have to adjust to this new ‘smaller’ world.

This harsh reality was described bluntly in April 2022 by Italy’s then-prime minister, Mario Draghi, when he said that “Europe must choose between peace and air-conditioning”. Governments need to adjust to this new entrenched smaller world and reorganize their priorities. The world is fast moving away from the peace dividend and faces a new set of defence and independence taxes. Inevitably, this will affect us all to an extent not seen since the end of the Cold War. There is a shared responsibility that we must all bear. Business and individuals alike will eventually have to make choices and bear some of the costs of this new period of de-globalization. Unfortunately, from now on, the phrase “the world is becoming smaller” will have a completely different connotation.

Iordanis Kalaitzoglou is a professor in the finance department at Audencia.