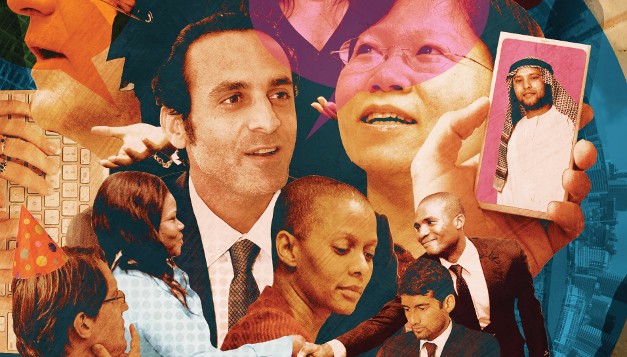 Leading international teams is a challenge. You need to know the rules, writes Liz Mellon

The biggest challenge with a global team is intimacy, or lack thereof. We human beings are still pretty basic creatures, despite our designer clothes and fast cars. We are still happier spending time with people like ourselves and continue to find diversity a challenge.

Left to ourselves, we group with like-minded people who share our world view. And it is face-to-face contact that allows us – quite literally – to size up another human being and decide if we can trust them.

Both of these issues are disastrous news for the global team, because trust is such an important foundation for effective team working.

Diversity, we know, encourages innovation and increases group intelligence, but we need lots of face-to-face time to learn to admire and benefit from diversity and to grow accustomed to working with others unlike ourselves. And face-to-face time is scarce in global teams, whose members are, by definition, globally distributed. As clever as modern teleconferencing may be, we still can’t really see the whites of our team members’ eyes and work out if we are willing to trust them.

But let’s be clear: credibility and reliability also take a hit. My personal approach to work may be extremely credible in my home market, but can appear strange to a team member from a different culture halfway around the world. And reliability is also a diverse concept. To an American, on-time delivery means the date and time you promised; southern Europeans, Indians and Emirati adopt a more relaxed interpretation. So what’s to be done? Here are seven tips for participating in, or managing, an effective global team.

1. Keep your team lean The challenge of working on a global team is exacerbated by distance and different time zones. The more members the team has, the more difficult it becomes to manage. And it’s easy to proliferate. If I don’t quite understand the nature of a request (highly likely, as it will feel “foreign”), I may ask someone’s advice locally. Next, I invite them to a team meeting, which makes me feel more comfortable because someone like me is supporting me. This leads to muting the phone, passing asides about the content of the call or the “strange” (unfamiliar) accents or attitudes being expressed.

I feel more comfortable, but I am distancing myself from my remote  colleagues and reducing or removing the opportunity for getting to know and understand them better. Intimacy takes a tumble. Meanwhile, other team members around the world are adopting the same strategy and, before you know it, the team has doubled in size. Convening team meetings becomes harder, because there are twice as many people to align, and accountability becomes fudged. Keep your team lean: between five and nine members is about right.

2. Minimize time zones: One of the biggest challenges of global working is getting team members together at a time that suits everyone. Try to limit team membership to people who are within a reasonable range of time zones, if at all possible. Time differences of 11 or 12 hours time are much harder to negotiate than eight hours or less.

However, if you must have France and Australia on the same team, share the misery equitably. It shouldn’t always be the same team members who are getting up early or staying up late. Distribute meetings around the clock so that it feels fair. I recall one team call where some poor soul was so exhausted they fell asleep during it. They proceeded to snore loudly down the phone. The team leader attempted to find out who it was in order to wake them up, but nothing roused our sleeper and the call had to be abandoned.

3. Get to know one another: People are not work robots with deadlines and key performance indicators. The attitude to sharing personal  information varies by personality as well as by nationality, with some individuals keen to get straight to work after perfunctory niceties, and others keen to spend longer on socializing before working. Get in touch with your social side! Intimacy is only built through sharing information, such as your family background, a big anniversary or birthday looming, how you spend your time outside work and your individual aspirations.

Everyone will have their personal boundaries but, subject to these, deliberately spend time getting to know one another. Set aside a portion of each meeting to catch up as human beings, acknowledge or celebrate birthdays and promotions and commiserate on life’s disappointments. Most people are pretty defensive about sharing failures or disasters, but try and include those as well. A team looks after its members in good times and in bad.

For example, the UK is an individualistic nation, meaning your British team member is likely to be happy to suggest solutions without reference to team members. Your collective-minded Indian colleague, on the other hand, will not only wish to have careful and respectful conversation around ideas before they are finalized but, on important issues, will quite likely have spent some time in contact with individual team members before the team conversation.

Hierarchical nationalities, like the Chinese, will defer to authority, so if you want their ideas, as team leader, say what you think at the end of the conversation, not at the beginning. If you express your views early, they are likely to concur and follow them – and you will lose the opportunity to gain their insights.

Don’t worry about your US colleagues because, in contrast, they will be happy to disagree with you in front of everyone. Your German team member will want to know what the rules are, while your African teammate will be happy to circumnavigate he rules to make the idea work – or to make up new rules that fit the special circumstance.

Finally, some team members, like your Spanish friend, will want to spend time on team interaction and social chitchat, which will probably drive the Dutch on the team crazy with impatience. At least 50% of human behaviour is linked to cultural differences. It’s not something we have a choice over, so take it into account. Create a set of heuristics around agreed methods of interacting to which you can refer if discussion gets sticky.

5. Over-communicate: We think four to seven times faster than we speak, so it is hard to concentrate fully on what someone is saying. A word or a phrase strikes a chord and we are off into our memories, which are evoked by the association. The best negotiators spell out what they mean before they say it and the same rule works well for global teams. For example, say “I’d like to make a suggestion” or “I need to ask a question” or “I would like to propose a solution”. This kind of signposting helps, especially when language barriers and different intonation make communication more obscure.

This is also important for trust. Credibility (your expertise or experience) and reliability (you deliver what you promised, when you agreed) are more difficult to observe at a distance. Spell them out. For example, “you recall the report I promised you for today, here it is”. If you think you have delivered, but your team members  don’t recognize it, precious trust starts leaking out of the team. Obviously, never, ever hit “send” on that late-night, over-tired email. It will come back to burn you the following day.

6. Have tough conversations:  At first, we don’t notice when something is going wrong on the team and, by the time we spot a problem, it may feel too big to tackle. Next, we ignore it and hope it will go away. When that doesn’t work, we start to make hints, but the likelihood is that nobody picks them up because they are too subtle.

By now the problem is so big that it has to be someone’s fault, so we look around to assign blame. There is usually someone on the team who is so different from us that we have never got to know them that well – so there’s our choice of blame-carrier. The blame game turns into scapegoating – we start having conversations behind the person’s back and he or she may even end up leaving the team. Unfortunately, they don’t take the problem with them. The problem is a team one, attributable to team dynamics, rarely to an individual.

From the outset, establish strong team rules of engagement, including how to raise difficult issues. You could, for example, choose an artefact – like a red flag – that you announce you are about to wave when you have something challenging to say.

Use regular, quick and easy team surveys, such as Survey Monkey, to track how team members are feeling about the team, its productivity, motivation levels and their place in it. Don’t make these surveys rote – really discuss and use the results to enable your team to improve. The more often you have “real” conversations about things that matter, the easier they become and the more team members can rely on each other.

7. Have fun:  You can learn so much from being part of a global team if you open your mind and heart to new ways of thinking and acting. The global team rarely meets. But members can become adept at forming new teams with minimal face-to-face human contact. This is a great skill to acquire. If you get the chance to meet, even in smaller subgroups of the whole team, take it. It will greatly enhance the team’s effectiveness and is a great use of resources. What an opportunity!