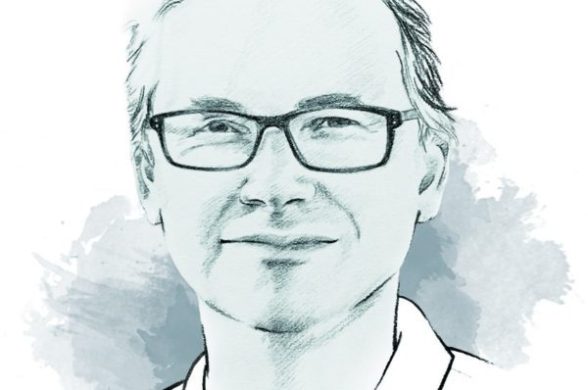 You can get 50 top thinkers for the price of one, writes Piers Cain

Few real chief executives will have the chance to access such insight. The royalty of management and leadership thinking, such as Professor Julian Birkinshaw, Dr Liz Mellon and Tom Peters, were asked to write a letter of advice to an imaginary company boss on what he or she really needs to know. Arranged in alphabetical order by contributor, this book initially feels like a buzzing dinner party at an international convention of business schools – each of the distinguished guests at some point gets to have their say, but doesn’t get long to say it. Naturally, while the party is in progress, in spite of a general cacophony of differing opinions, certain themes emerge, if the reader is prepared to wait for them.

The common strands are at times depressing. Chief executives must be concerned about the performance of their staff and the management of their organization – including protecting and enhancing its reputation. Yet the authors are unanimous that current leaders have generally done a poor job: modern business is soul-destroying and doesn’t work anyway. The callous treatment of employees as disposable ‘human resources’ has alienated people and wasted their talents. Not surprisingly, therefore, many of the writers see their typical chief executive as an embattled, remote and unpopular figure.

So it is important to attract the right talent, and equally important to humanize the working experience of employees. Improving the career prospects of women is seen as a priority, and several writers express frustration that little appears to have changed. Mellon, a tireless champion of reducing the quantity of testosterone on company boards for social and commercial reasons, notes that virtually her entire cohort of female executives has fallen by the wayside as she has progressed her career. Rather than providing advice, she asks a question: “We’ve tried fixing the women. We’ve tried fixing the men. And we’ve tried fixing the culture. Given that what gets measured gets done, should we set quotas to push us over the line?” Her anxiousness is seemingly born of frustration rather than conviction: nothing else has worked – good intentions alone simply keep men at the top.

Chief executives are responsible for the existing financial security and future sustainability of their organizations. One theme – sometimes approached with gloomy relish – is that accelerating change, complexity and disruption make the challenge of the chief executive almost impossibly hard to achieve. We are experiencing an economic revolution – is the unanimous claim – and few established businesses will survive.

In these circumstances, much is made of the need to innovate, to reinvent the organization and to experiment with new business models. About a third of the authors are clearly in love with technology and all the new frontiers it makes possible to push back. Quite a few recommend complex approaches that, by coincidence, are aligned to their research interests and theories. Yet Tom Peters wonders aloud whether all that glitters might not be gold. Another dissenting voice rises above the hubbub. Roger Martin leads the backlash against Big Data. He believes it has become a fetish of the boardroom, providing the illusion of rigour and often misapplied.

A chief executive is a figurehead whose actions and values profoundly shape his organization. So there is plenty of advice on how to behave, as well as what to do. Perhaps the simplest was provided by Marshall Goldsmith, an executive coach: don’t spend your time proving how smart you are, be wise and spend your time helping other people be the heroes. In other words, your role as boss is to serve.