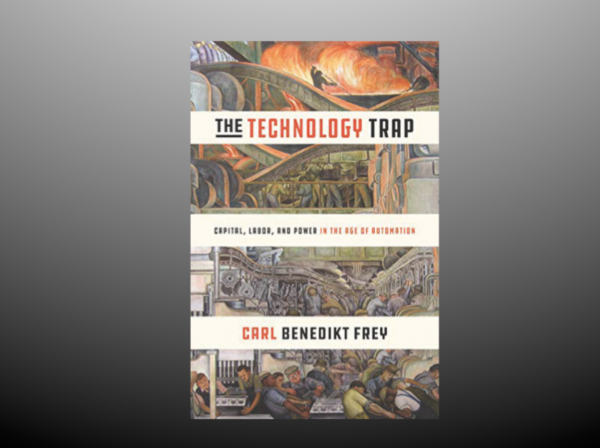 Adi Gaskell looks back, to the future

Oxford University researchers Carl Benedikt Frey and Michael Osborne shot to public attention in 2013 with their prediction that 47% of jobs could be automated within a decade or two. It was perhaps the first serious attempt to forecast the impact of artificial intelligence and robotics on jobs. Their forecast has been followed by near-endless rival predictions, but it retains prime position in a crowded field, referenced by futurists and governments alike. It makes Frey’s attempt to flesh out their hypothesis a noteworthy contribution to the conversation about the future of the global economy.

The Technology Trap is a fascinating exploration of the preceding three industrial revolutions and the technological, political, social and economic landscape of the day in each case. Frey shows that in each phase, those bearing the brunt of disruption – measured in jobs lost, rising inequality and a dwindling share of income to labour – reacted predictably negatively. It leads him to ask if this is an inevitable trap, inherent in new technology, or if we can break the cycle. “While there are good reasons to be optimistic about the long run, such optimism is only possible if we successfully manage the short-term dynamics,” he writes. “People who lose out to automation will quite rationally oppose it.”

Frey’s historical analysis is superb, but resistance to change is only part of the story: history shows us that new technologies have ultimately been a force for good. People eventually adapt. Yet, frustratingly, a scant 15 of the book’s 350 pages are devoted to how we might break out of today’s technology trap and alleviate the short-term pain of disruption in the age of automation.

Most ideas are intended for governments: the priority, Frey suggests, is to encourage greater adaptability among workers, for example by improving educational opportunities throughout life so that people can develop new skills and start new careers. He also proposes supporting mobility between regions, through better transport links, mobility vouchers and zoning changes to rectify urban housing markets that price many people out.

Frey warns against populist promises of quick fixes. We need a full-spectrum policy response to ensure both that society benefits from technological advances, and that the benefits are shared fairly. He might have focused more on this challenge: for policy-makers and business leaders alike, there is a pressing need to move beyond knowing and towards doing. The Technology Trap is a powerful analysis of the perils we face, but leaders looking for ways out of the trap will need to keep hunting for fully-fledged solutions.

—  The Technology Trap: Capital, Labor and Power in the Age of Automation by Carl Benedikt Frey (Princeton University Press)