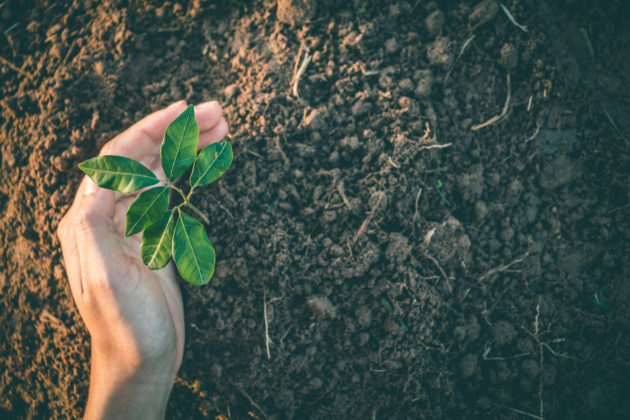 It’s fair to say that gaming companies do not have the best reputation in the world. Adverts teasing the opportunities to win big on football match accumulators are bombarded at fans both within stadia and on TV.

But while many gaming companies are faceless organizations looking simply to maximise their profits, I have always taken a wider view of society and I’m grateful that the success I have earned now allows me to help others as well.

It goes back to my days growing up in Ayrshire, an area of Scotland which has its fair share of deprivation. Seeing the struggles some people encountered has stuck with me my entire life.

I always wanted to make as much of my life as I could, traveling the world and establishing myself as a successful businessman in the gaming world.

But I never forgot my roots or the value of supporting others when I moved to the Philippines.

When Typhoon Haiyan hit the country in November 2013, I knew I had to do something to help, particularly when I heard of one family who had suffered terribly.

Three young boys, Reymark, Renan and Reniel, had lost their father and their house in the storms in the village of Alangalang, west of Tacloban City, and their mother was seriously injured.

They were stranded and desolate and I couldn’t just stand by and watch them starving, with no shelter and with their neighbourhood descending into anarchy.

I set up a fundraising page and worked with locals to help to build them a new house and flew the boys 900 miles to my apartment in Manila while I sorted out somewhere temporary for them to live.

They’d never had toys or the treats that most young children take for granted, so I took them to the cinema and bought them some gifts.

I found them a rented apartment where they moved with their two older sisters and little brother and baby sister and I helped them get into school so that they could learn to read and write and potentially better themselves.

Their mother had been earning £1.50 a day in the rice fields to support them but she was not happy that they were going to school and she walked out of their lives, leaving their two elder sisters to look after them.

We built the family a modern home capable of withstanding storms and other natural disasters on the site of their old property and I still visit regularly.

The Philippines is a poor country and the typhoon destroyed so much of it. I can’t change all of that, but I could help this one family and I felt a duty to do so.

When LeTou decided to enter the football sponsorship arena with Swansea City in 2017, my main focus was on supporting local charities.

I have links to Swansea and I knew that the benefits of being the main shirt sponsor would give me a tremendous opportunity to help some of those in need in Wales.

We established the ‘LeTou Goals for Good’ campaign and donated our entire corporate hospitality ticket allocation for the season to two local charities.

I was determined when I was installed as chief executive of LeTou that we would buck the trend of corporate sponsors and faceless gaming companies by giving something back to the local community.

So Shelter Cymru and Disability Sport Wales benefited from the tickets and corporate hospitality, which could be used to fundraise or to reward staff or beneficiaries of the charity’s activities.

I kept in touch with senior figures at the charities over the course of our sponsorship and was moved to hear how our support was making a difference – and that is what it is all about.

My personal belief, and the culture I try to promote at LeTou, is that giving back can help save and change lives for the less fortunate.

Have our charitable activities boosted our profits? I have no idea and have never sought insights or data to back that up, because it is not the motivation for my support.

I don’t think any organization should invest in corporate social responsibility activities because they think it makes them look good or uses up funds that could otherwise be taxed.

It has to come from a genuinely held belief that helping others is a good thing to do and if it sets a positive example, all the better.