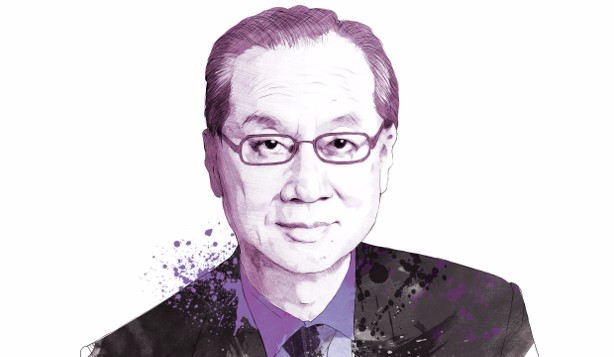 Anxiety about the Chinese purchase of US chipmaker Micron flies in the face of economic realities, writes Phil Young

Tsinghua, a Chinese state-owned holding company, recently made the headlines when it announced plans to buy US chip maker Micron Technology Inc for around $23 billion. Several analysts expressed doubts that this deal would go through, due to the low bid price and possible regulatory and security concerns.

Whenever there is a huge imbalance in trade and payment accounts between two countries, it is inevitable that the country in surplus will seek to use mounting reserves in ways beyond parking them in the government securities of the deficit nation. But I wonder whether there are things that money can’t buy.

In the 1980s, when Japan was in the surplus position now held by China, there were major investments in US-owned assets, especially in real estate. One of the best known Japanese investments in the US was Mitsubishi Estate’s 1989 purchase of majority ownership in the Rockefeller Center. Incidentally, it sold its share back to Rockefeller Center Properties only six years later.

Of course, in the post-war era of the 1950s and 1960s, it was the US playing the role of moneybags to the world. US businesses made huge international investments, particularly in Europe. We now see parallels to these patterns of capital flow in China’s investments in US-owned assets.

When China started accumulating huge dollar reserves at the start of this millennium, it began to use them in the same way that  Japan had done several decades previously, by buying US government securities. But the Chinese government and private investors wanted higher returns, perhaps even some risk diversification (although the US is not quite in the same boat as Greece). So, like Japan, it started buying real estate and business assets as well as making capital investments in plant and equipment in the US for its own businesses operations.

The Tsinghua-Micron deal raises possible national security concerns, however. It seems that Micron Technologies is the only US company that makes dynamic random access memory chips used in personal computers. It also makes DRAM chips for mobile phones. “The US needs to have a DRAM company,” an investment analyst and former Micron employee was quoted as saying, though his explanation for why was not cited.

Unless concrete national security impediments are identified – and assuming Tsinghua’s offer is acceptable to Micron shareholders – the deal is likely to go through. After all, there are already two-way US and Chinese investments in the semiconductor industry.

Bloomberg news reported that, last September, Intel paid $1.5 billion for a stake in Tsinghua. In May, Tsinghua announced that it would buy a majority of Hewlett-Packard’s Chinese networking gear unit. Lawyers on behalf of the sale will make good use of this precedent when arguing the case for the Micron acquisition.

A more serious roadblock to Tsinghua’s purchase of Micron would be its low bid, or the late entry into the deal of a rival company such as Intel. In this era of global capitalism, it is hard to stop the flow of money, wherever it comes from and whatever direction it takes.