Consumer trust is vital to the online money transfer market 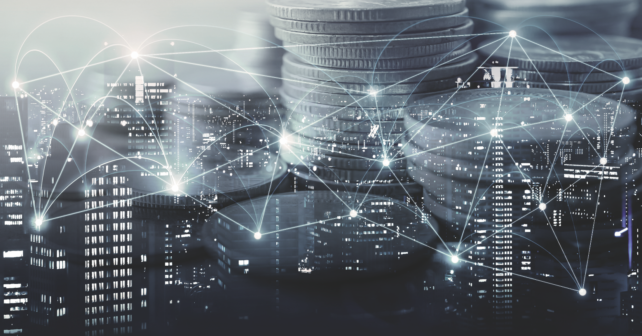 The booming market in online money transfers has changed the financial sector, but how can businesses build consumer trust? Helen Scott reports

More than US$5 trillion in foreign exchange payments is traded every single day around the world. Yet for many consumers, sending money abroad remains laborious, costly – and slightly nerve-wracking. Yet for globally-mobile populations it is a vital service, relied on by increasing numbers of people.

A new generation of online companies has made the process of transferring money slicker, easier and cheaper than ever. But their emergence has opened up questions of trust. Consumers can be left wondering “how safe will my money be?” when using a provider they can’t see. A long-established brick-and-mortar bank is unlikely to go bust overnight or to run off with customers’ money, but even if one did, consumers’ money is often protected by governments: in the UK, up to £85,000 of savings are protected under the Financial Services Compensation Scheme (FSCS).

The worry for many people is that non-bank providers are not included in FSCS. It’s important that they feel confident enough to trust companies with what may in many cases be a significant sum of money, or even their life savings. How best to build that confidence?

The first point that businesses need to make clearly is that the payments industry is still regulated. The EU Payment Services Directive (PSD) came into force in 2009, followed by PSD2 in 2017. It sets minimum net asset and client money segregation standards across Europe: in the UK, these standards are enforced by the Financial Conduct Authority (FCA), which acts as a safeguard for consumers’ money. The FCA’s authorization is required by any firm seeking to provide money transfers.

Secondly, firms offering online transfers must create confidence in their brands by highlighting their track record. Many money transfer firms are not as new as they might appear to consumer. They need to demonstrate their longevity, reinforcing the message with customer testimonials.

Thirdly, the sheer size of these online operations should instil confidence. This is not a tinpot industry; some firms can boast track records totalling billions of pounds worth of transfers made for hundreds of thousands of customers. Comfort can be found in these numbers. And with the market moving quickly away from banks towards specialist online payment providers, there is no reason for consumers to doubt the ability of authorized, reputable firms to provide for their transfers.

The shift to online platforms should, in theory, have increased transparency for consumers. However, with many providers overcharging customers through hidden charges or inflated exchange rates – even using personal customers to subsidize their business custom – that’s simply not the case. It’s likely thousands of customers are losing money on their transfers without even realizing.

The UK’s Advertising Standards Authority (ASA) and the FCA have seen companies potentially misleading customers with false advertising or incorrect rates. It has led to a handful of well-known firms having complaints upheld against them. In 2015, the ASA ruled that the widespread use of website ‘currency converters’ by online foreign exchange providers was potentially misleading, since the interbank rate they returned could not be achieved by customers. The FCA agreed, and by 2018 they were all but gone.

However, instead of replacing the potentially misleading prices with meaningful information, many firms have chosen not to give any upfront pricing at all. They often advertise their services as having ‘no fees’, or as ‘free international currency transfers’, but potential customers are not told the actual cost until after they have provided contact information or, in some cases, registered. This makes it very difficult for potential customers to shop around and compare providers.

In the UK, the FCA was only granted powers to deal with such malpractice in 2018, when it was empowered by HM Treasury to tackle the issue at industry level rather than firm-by-firm. New recommendations for standards in the payment and e-money sectors come into effect at the start of August 2019, aiming to ensure good price disclosure and more competition based on price. Its rules and guidance are designed to require providers to ensure that their communications are accurate, balanced, and do not disguise, diminish or obscure important information.

Such changes are much to be welcomed, but they need to go further. Consumers deserve clear cost information at the earliest point in a customer journey, long before they are asked to give contact details or required to register with a provider. Some firms are leading the way by displaying live rates online that update by the second. That gives customers a clear view of the rate that they’re getting compared to the interbank rate, the exchange provider’s margin, and the total amount they would get in their desired currency. But these are few and far between, and often tough to find for the general consumer who needs to get money abroad, fast.

In a globalized world, it’s time to offer customers a transparent money transfer solution. Exchange providers should welcome regulators’ efforts to protect consumers and look to transform the industry with an injection of transparency. It falls to leaders to ensure that each and every consumer gets a fair deal up front.

— Helen Scott is founder and chief executive of Eris FX, a global money transfer and international payments company. She is regulatory liaison to the International Transparency Task Force