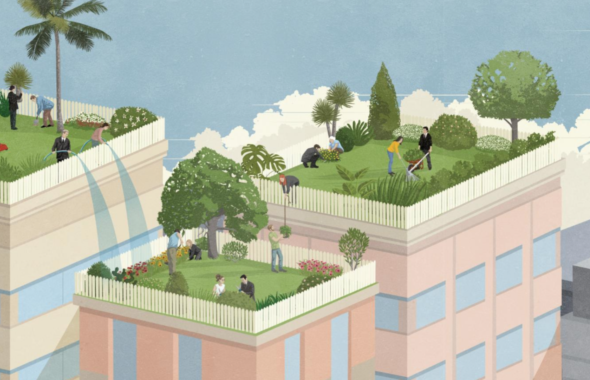 Business strategy must change in the face of reality, writes Professor Tony O’Driscoll

The age of value chains is over. The companies and organizations that are winning in the 21st century have placed themselves at the centre of powerful, value, network-based ecosystems. These ecosystems generate, multiply and recycle customer value.

The global business environment is powered by an ever-expanding digital network that is continuously reconfiguring how organizations coordinate, connect and communicate, collaborate and take collective action. This connectivity brings a high degree of interdependency and a compounding degree of complexity that frame how the global game of business is being played. The challenge for today’s organizations is to explore the new ecosystem paradigm, so they might optimally exploit it.

Securing customers with self-perpetuating value: the new paradox of choice

Think of how we shop now. The perfect ‘product’ is no longer a product in any conventional sense. Instead, there are platforms that enhance our shopping experience – a context-aware environment within which value-added products and services can be surfaced and purchases can be made. The premier ecosystems of the contemporary age have embraced and exploited what might be termed ‘the new paradox of choice’ – that increasing consumer options within an expanding ecosystem results in less customer defections from the ecosystem.

Consider the Apple and Android/Google Play ecosystems. Where once music fans might have flitted from record store to record store, they are now gently coerced into buying from just one supplier. The manifold advantages of low price (a digital track is far cheaper than a vinyl record or compact disc), convenience (tracks can be bought at any time), and lack of friction (the psychological commitment needed to make a purchase is compressed into the passage of one’s index finger to one’s screen) mean Apple and Google attract, delight and retain customers within their consumption ecosystem.

Nor do customers need to leave these ecosystems for many other reasons. An almost infinite roster of suppliers battle to expand the offerings available within the Apple and Google Play platforms, their profits close-shaven by the platform hosts. The ecosystems are fed by apps from mapmakers, dating companies, game developers, e-retailers, banks and news providers, making the ecosystems more comprehensive – and stickier. The bigger and more diverse the ecosystem, the more magnetic it becomes. Today’s business network contains interdependent networks of firms spanning different sectors that are consciously and continuously orchestrated to create, deliver and capture customer value.

The London Business School associate professor Michael Jacobides notes the words of former Nokia chief executive Stephen Elop as his ship was going down, that the war of devices had “become a war of ecosystems”. Elop told his employees that Nokia – the undisputed king of the non-smart phone – would have to rapidly learn how to build, catalyse or join an ecosystem. “Unfortunately,” Jacobides told the 2018 Drucker Forum, “for Nokia it was too late.”

The power of the new paradox of choice, suggests Jacobides, is that “Apple and Google don’t tell you what to buy, but they do circumscribe the bag from which you are choosing stuff”. More choice, less customer movement. The most powerful ecosystems bring to mind the Eagles’ song Hotel California: We are all just prisoners here, of our own device… you can check out any time you like, but you can never leave. Ecosystems operate in the background of customers’ lives, awaiting, motivating, or instigating, their next delimited consumption decision.

Hardware ecosystems, such as the heating and home security series Nest and the coffee brand Nespresso, have embraced customers’ newfound fondness for benign incarceration. Nest initially appealed to a consumer demand for a heating system that was easy to programme, could be controlled remotely and learned their behaviour. Yet, once in its ecosystem, consumers quickly recognize the value of the system for other uses – such as real-time home security cameras and various functions. By increasing choice within a clearly bounded environment, Nest captures and retains customers.

Nespresso works similarly. It is a coffeemaker. But, once in the ecosystem, it can offer an ever-increasing selection of capsules. The company now offers a subscription service whereby the coffeemaker itself is sold for next to nothing in return for the consumer subscribing to a monthly delivery of coffee capsules.

“All these examples do not mean we need to emulate these companies,” says Jacobides. “But they do mean that we need to think about how to build our own ecosystems, or compete in existing ones.”

From markets to arenas

So, how to embrace the age of the ecosystem? Jacobides offers clear advice on what not to do: “The biggest problem companies have is thinking about an ‘EGO-system’,” he says. “Rather than thinking about their clients, their complementors, they simply create a map around themselves.” To some extent, this was the fate of many major high-street brands, who mapped their businesses around themselves, adding product lines to a defunct traditional value chain.

Rita Gunther McGrath is a strategic management scholar and professor of management at Columbia Business School. She tells the story of how the high-street fashion brands worldwide were wrong-footed – to devastating effect – by trends outside their own industry. The Wall Street Journal, she notes, looked at household spending from 2007 – when the first smartphones arrived on the market – to 2014. “What they found was that spending on things like apparel and cars was going down,” she says. “The biggest areas of growth were spending on cellular phones and internet to the home. The reason that matters is that, if you are a traditional strategist and you are benchmarking yourself against other people making apparel, you have lost the plot completely.”

Rather, McGrath urges companies across different industries to vie for a pool of resources by helping stakeholders with control over those resources to add value. “We need to get away from the idea of industries,” she says. “And start thinking about something called ‘arenas’. The whole concept of industries – which is where strategy used to be rooted – is much less useful as a mechanism.”

Teenage girls are a core market for womenswear manufacturers. “But what is the job that clothing does for teenagers?” asks McGrath. “Reflect on the teenagers that you know. Clothing states who they are. It signals their belonging to a tribe. It shows that they are free from their mom’s influence.” Yet, in the smartphone age, teenage girls can satisfy many of those needs via non-sartorial means. “What are other ways that teens can communicate who they are to the communities they care about?” asks McGrath. “Look at teenagers, they are on their devices nonstop, communicating, sharing and talking. Those devices are probably doing a better job of communicating who they are than their clothing would.”

The advent of digital identities still generates a need for fashion, but a teenager can instead buy a dress for $6 to do the job that, a decade ago, she might have bought for $60. “You just need one that lasts 15 minutes so you can get that perfect selfie,” says McGrath. “Disposable clothing.”

The fast fashion giants – Zara, H&M, Forever 21 and their ilk –have benefited massively from this inflection point, McGrath notes. “It’s an ecological disaster. But, if you trace it all the way back you can see why it’s happening – and you can see what it does to traditional providers.”

So, if you are a traditional provider, such as Macy’s in the US, or Debenhams in the UK, how do you think outside your industry – and into your arena – to avoid being wrong-footed by your customers leaving your sector to satisfy their needs?

Disruption begins at the periphery of organizations. Or, as the late Intel chief executive Andy Grove put it, “Snow melts from the edges.” McGrath proposes seven tests for leaders to ensure they are working around the periphery and anticipating disruptive factors.

Point four of McGrath’s checklist calls for mechanisms to make small bets. This checkpoint speaks to the need to ‘think big and innovate small’ in the face of a changed business reality: making testing new ideas and offerings a habit, with an acceptance that most such bets will be losers.

The business theorist Alex Osterwalder reminded the Drucker Forum that 70% of companies’ projects fail: “Look around you – seven out of ten of you are working on products nobody wants,” he quipped. “Are these people stupid? Is the strategy wrong? What’s going on?”

Companies have two universes, Osterwalder argues. The first universe is about exploiting the products companies already produce – innovation in this space is about efficiency, about better processes. The second universe is about exploration – new products and service ideas. Most organizations succeed in the first universe and struggle in the second. They are adept at exploiting, but weak at exploring. Much of this comes from discomfort – the uncertainty inherent to the second universe is threatening: “We don’t know those customers, we don’t know those ecosystems, we don’t know these arenas,” says Osterwalder.

The key first step to succeeding at exploration is to face the truth of ignorance. “We have to admit we have no clue,” says Osterwalder. “If we do admit that, then we will use different processes to explore these business models and value propositions.”

It is critical that organizations make their peace with uncertainty and become explorers now. Osterwalder considers the traditional pharmaceutical and banking sectors as just two major examples of where traditional value chains are already dead. He recommends regular audits of products and services so those that are doomed are killed rapidly – and resources put into exploring new ideas that might become the next unicorns.

The numbers sound daunting. If you are running a $10 billion business, you would need to invest in 250 projects to create the next $1 billion growth engine, Osterwalder says. “You can’t pick the winners,” he adds. “You need to invest in the losers.”

With this volume of bets in play, designing low-cost market-adoption-tests that allow the firm to quickly surface the winners becomes critical. This critical capability forms the foundation of an innovation ecosystem that can create, test and adapt quickly and cheaply. Bosch’s Accelerator program for instance, had a duration of eight months, and only 10-20% of projects invested in exit the program for further incubation.

The dizzying digital transformation of the business landscape might be causing digital vertigo. But we should not mourn the loss of traditional value chains. Ecosystems, ever morphing and diversifying in response to customer demands, offer exponentially more potential for growth and development for organizations.

The businesses that are winning today are being elevated a level, above their own markets – and across markets. Forward-thinking companies partner much more to understand how to collaboratively serve the customer and create value.

Success lies in creating interdependent ecosystems of companies and customers. Companies that organize together, embrace uncertainty and diversity, and create a benign environment for evolutionary innovation will survive. Those that do not are destined to become shackled by the very same value chains that previously brought them success.

— This article is based on a forum chaired by Professor Tony O’Driscoll at the 2018 Global Peter Drucker Forum in Vienna, which featured Michael Jacobides, Rita McGrath, Alex Osterwalder and Dorie Clark