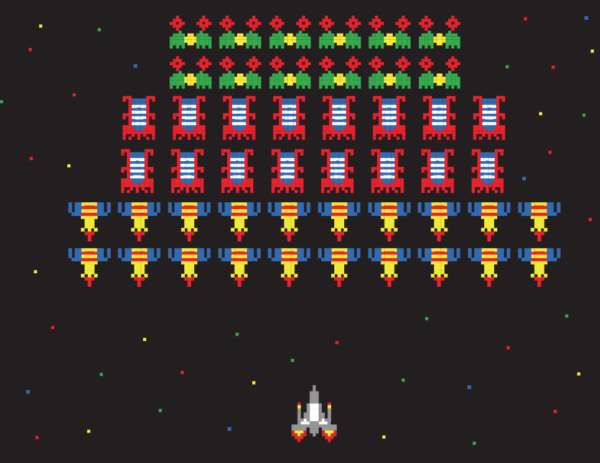 The dynamics at play in today’s AI industry will reshape the global economy. Terence Tse, Mark Esposito, Olaf Groth and Joshua Entsminger are fighting back against the digital barons

We are in the midst of a revolution in intelligent automation. New products, new services, and new markets are developing fast, fuelled by an acquisitions race in which the digital giants are united in placing multi-billion dollar bets on the ability of artificial intelligence (AI) to drive intelligent automation at scale in the years ahead.

This race is turbo-charging the trend for global platforms to gain market power through digitization, which has reshaped sectors ranging from transportation to job search to banking and knowledge acquisition over the last decade. When it comes to AI, the critical mass of data, computational power, and cutting-edge talent accumulated by the giants has put them entirely out of reach of smaller competitors. The digital giants are becoming a global oligopoly, with a stranglehold on production assets that will become critical for the rest of the global economy.

Managers, entrepreneurs and policymakers alike need to be aware that a high concentration of advanced AI capabilities in few corporate hands points the way towards a new, more entrenched form of market dominance. This dominance will be defined by the power of these firms to price all market participants’ access to cognitive value. In a world where data-driven insights are the fundamental edge needed to find an advantage, or even to stay competitive, that should worry us all.

In 2017, Microsoft launched its AI incubator at Station F in Paris. The move was small but demonstrative, reflecting a wider trend among large firms of pivoting away from internal innovation to focus on finding promising AI start-ups to acquire. Microsoft has been joined by Apple, Baidu, Nvidia, Alphabet, Amazon, Intel, Tencent, and a host of other firms united by a common focus on the implementation of AI, not necessarily its creation. Such giants may seem to be AI pioneers, but in large part their dominance has been bought with hard cash, not grown organically.

Perhaps the best-known example is DeepMind, the AI powerhouse start-up that was acquired by Google in 2014 for US$650 billion, despite having no products on the market. DeepMind’s AlphaGo created a ‘Sputnik moment’ for AI and the global economy when it beat the reigning Go champion, Lee Sedol, in 2016. But other high-price AI acquisition examples abound, such as Kensho, founded out of MIT and Harvard in 2013 and acquired by S&P Global for $550m in 2018, and Mobileye, aa collision-avoidance technology firm founded in 1999 and acquired by Intel in 2017 for $15.3bn.

The current economics of AI competitiveness mean that the value of an AI start-up is a function of what the acquiring company can do with it, and at what scale. The implication is not so much that smaller firms cannot develop AI, but that the AI they develop is functionally less useful than AI developed or acquired by larger firms.

That is not the only problem. Competitiveness in the AI industry is not simply a question of data; rather, it is driven by seven elements. These are: having the talent capable of creating and augmenting AI solutions; the AI algorithms themselves; perception sensors, capturing the right data relevant to producing unique functionality; rich amounts of good data with which to train the AI solutions to be functionally relevant to businesses; the computational power to run those solutions; human consumers, to generate transaction data; and privacy, security, transparency and ‘explainability’ safeguards around that data.

These elements are inextricably tied together, making the sector a complex concert of assets: a deeptech ecosystem. It is the unique combination of all elements that creates sustainable advantage. That gives the internet giants huge leverage, because it means that the competitiveness of firms seeking to apply AI is tied to which of the giants can make the ecosystem accessible, and at what price. Most leading AI-driven platforms offer cloud services to make that happen, but there are only so many to choose from.

In response, attempts to democratize AI by lowering the cost of access have been made both by well-known innovators, such as Elon Musk through his Open AI initiative, and by data science communities, through initiatives such as Kaggle and Algorithmia, which have offered better access to expertise, algorithms, and datasets. The giants themselves have talked the language of democratization, including the chief executives of Google, Apple and Microsoft. Yet many of the platforms and mechanisms designed to aid democratization have now been acquired: Kaggle by Google, GitHub by Microsoft, and Wise.io by GE, among others. Ironically, attempts at democratization have served to consolidate the dominance of the AI giants.

The fact that even efforts to democratize AI can be captured by the digital barons should give us pause. It is nothing short of an inflection point in the nature of cognitive markets: it’s not just about a firm’s competency to develop a single competitive solution, it’s about the power to create and then dominate an expensive and complex ecosystem. This creates a self-reinforcing dynamic. Because advanced AI ecosystem platforms are able to learn and improve faster and more efficiently, the firms that dominate one generation of AI create barriers for the next generation. Smaller firms who want to create new AI, not just implement existing algorithms, will find it harder and harder to overcome those barriers. And what if the next stage of AI’s development sees AIs themselves assisting in the development of new AI? That phase would likely be powered by quantum computing – the intellectual and financial capital requirements of which would further widen the chasm between the global internet barons and their AI application serfs.

There needs to be a collective recognition of the fact that a new kind of data market dominance is emerging. It is ill-defined by comparisons to oil: it needs to be defined and understood on its own terms. The ability of a small number of companies to reshape industries, retool value chains and pre-empt competitive rivalry means that they could come to define the future of both human and economic growth. Other businesses – what we might dub the ‘AI taker’ category – will soon be left with only a few options. They might band together to collectively exercise bargaining power to try and shift the price, particularly by creating alternative data collection and computing capacities; they could lobby governments to break up the oligopoly and force a more democratized market structure; or, they could do both.

That is why there needs to be a global sense of urgency about the future of the AI industry. What is the long-term vision for markets and the nature of competition? What role can traditional analogue or non-platform firms play in facilitating a new market dynamic? And what new business models will incentivize participants to innovate and offer users the levels of integrated convenience they enjoy from the internet barons? These are non-trivial questions, the answers to which could fundamentally reshape the global economy.

What executives need to consider

The conventional dilemma in AI is whether to build or to buy. That question misses the significance of the new divide in who owns the resources needed to prototype, generate, and maintain competitive AI solutions. Executives outside of the AI giants need to think carefully about who actually owns their advantage in a data-driven world. It is not simply a question of who owns the data and the servers, but of who owns the ecosystem by which that data is made functional and therefore valuable.

Executives also need to be aware of the changing dynamics of disruption. Increasingly, the concern is less about small players taking bites out of core business, than about large firms coming in and reshaping the market. The AI giants are market incubators and market-makers.

We suggest the following five responses. 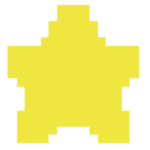 1 Acquire the right kinds of computational scientists and learn to speak the language, so you can at least negotiate with the barons. If you don’t know where and how AI market power is generated, you can’t position yourself in the value-chain with the right approach to value creation and capture. While off-the-shelf AI products may help provide minimal automation, the kinds of intelligent automation and insights provided by effective AI usage will drastically outpace poorly integrated, non-customized products. 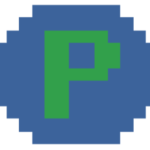 2 Support R&D efforts on alternatives, specifically those focused on building less data-dependent AI and on increasing access to its effective deployment. Examples include reinforcement learning, generative adversarial networks, transfer learning, and one-shot learning. The next generation of lean and data-free learning solutions may help upend the current data economics of competitiveness, shifting when and where data-rich environments create barriers to entry. 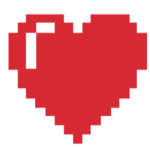 3 Form networks with other non-digitally native companies. Pool anonymized data governed by human-centric principles to improve access to the insights that shape competitive advantage. Such networks can help build a front against barons that are fundamentally less ethical. 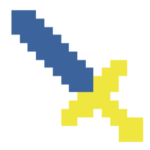 4 Define your competitive advantage by becoming a hybrid physical-digital player who brings a nuanced understanding of the context, history and demands of the problems to which AI is applied. This combination is immensely valuable, because digitally native players often don’t have a great understanding of the world where AI solutions are actually applied.

5 Expand your awareness of changing industry boundaries. AI will be a fundamentally different game for disruption in the medium term, but in the short term, unconventional firms will come into numerous markets by virtue of their access to agile technologies and rich data. There is no business which Google cannot enter.

What is at stake today in the structure of the AI industry is nothing less than the structure and concentration of commercial power in the global economy as a whole. Businesses’ ability to generate insights, shape and drive consumer behaviour – indeed, the very future of economic relations – will be determined by how this critical industry develops.

This is the world of the autonomy economy, where value is increasingly defined and generated by autonomous cognitive processes, displaced from the human mind. It is a world where conventional understandings of the immutable advantage of intellectual labour and capital are being upended and reorganized. In such a world, we need to ensure that a larger network of stakeholders, not just the AI oligopoly, get to exercise influence and define how platforms function. Otherwise, we are set to drift into a neo-medieval era of digital barons and bonded serfs.