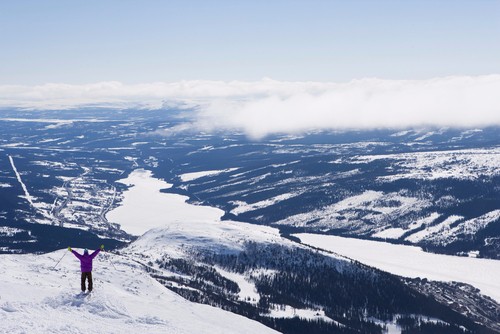 Herbert Henzler has climbed the mountain, bridged the chasms and taken in views at the summit.

In his autobiography, Pushing the Boundaries, he tells the story of how he did it, why he did it and, on looking back, what he would have done differently.

“I wanted to help shape society, to move the needle even if I had to go to my limits.”

It’s a powerful message, and that drive elevated a tuberculosis-ridden scamp from a farm in Neckarhausen, Germany, to one of the most powerful management consultants on the planet.

Beginning in Henzler’s youth, World War II and Germany’s tuberculosis ‘clinics’ (read: asylums) set the scene for the up and down childhood of a farm-child with big brains, a sporting talent, and too much illness to join the local factory labour force.

Confined to future in an office, Henzler chronicles his path to his only other choice – education. Days at university – studying and extra-curriculars filling every waking hour – whisk the reader through the second portion of the book. Henzler’s relentless pursuit of knowledge and experience bounces off the pages. The section ends with a personal favourite moment: when a young Henzler must choose between a career in academia or working in the world outside – a dilemma to which many potential consultants will relate.

In this case, however, we know the outcome of Henzler’s decision, and the next 100-odd pages of the book are dedicated to Henzler’s glittering career as a management consultant. Here, the academics are left behind for a different milieu – budding and established consultants at McKinsey & Company. In the German author’s characteristic style (straight to the point yet always eloquent), we learn about Henzler’s rise to power, some of his most notable clients, and key strategies he perpetuated and pioneered. For those without a consultancy background, these stories and findings are tough terrain – for those with consultancy experience, however, Henzler awards you the keys to his kingdom.

As the reader finds themselves standing next to Henzler, looking at the metaphorical valleys and mountains over which he presides, we follow his gaze to a new mountain, a new pass, a new adventure. In the final chapters of his autobiography, the ski-loving author tells of his life after McKinsey. We follow him as he slaloms new pistes into the offices of Credit Suisse, FC Bayern Munich and the government of Bavaria. Finally, as if resting on a glacier or by a ski-lodge fireside, Henzler shares his reflections on his life, his choices, and the people that made him.

It is an intimate, informative portrait of a self affirmed man who has won his place at the top of the management-consultancy mountain. 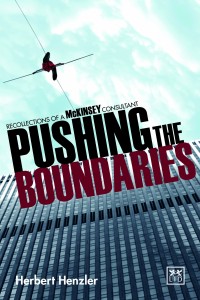