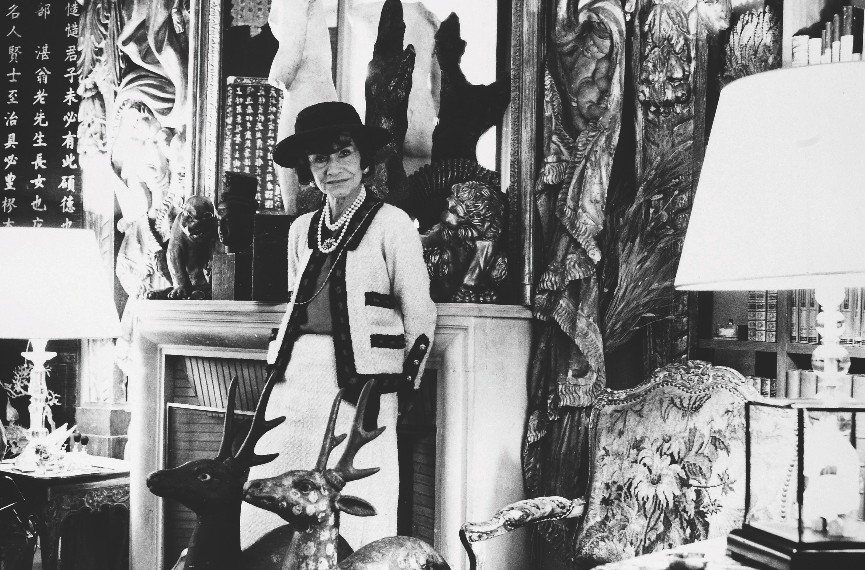 Most marketers know the stories of Lord Lever and Steve Jobs. They have probably read Al Ries and Jack Trout and seen the works of Bill Bernbach and John Hegarty.
What’s interesting about these ‘masters of marketing’ is that they are all men.

We decided to redress the balance in our book, Wonder Women: Inspiring Stories and Insightful Interviews with Women in Marketing. Through research and interviews with a multitude of inspiring women leaders, four categories emerged that reflect the different aspects of what women bring to marketing.

Intuition, especially a woman’s intuition, has often got a bad press. Written off as fluffy, fuzzy, unreliable crystal ball-gazing, it has typically been said to have no place in business.

Its time has come. Increasingly, intuition is being recognized as a powerful attribute and skill. It is likened to a type of high-speed super logic, where the unconscious mind is working faster than the conscious one. Listening to your feelings can be useful and powerful, especially in marketing which is as much an art as it is a science.

One woman who successfully followed her intuition to build great brands is Ev Jenkins, the JWT planner. She recognized that the true reality of family life was one of hard work: a 24/7 stream of trials and tribulations, offset with small but very precious moments of relief and joy. She intuitively knew that showing this, rather than the traditional “plastic people with plastic smiles”, would give advertising cut-through to the Oxo brand of food products (most famous for its stock cubes). This insight became a business-driving campaign, with successful ads featuring the late Lynda Bellingham.

Another example is Angela Ahrendts, who became chief executive of luxury fashion brand Burberry in July 2006. It was a period when Burberry was seriously underperforming. She called a strategic planning meeting for all the top managers and, as she recalls, “something struck me right away”. Scanning the managers in the room, a powerful realization hit her: “They had flown in from around the world to classic British weather, grey and damp, but not one of these more than 60 people was wearing a Burberry trench coat.”

With that flash of intuitive insight, Ahrendts set about restoring pride in the Burberry brand, from the inside out. Reinventing and rejuvenating its iconic trench coat was a key pillar of the brand’s transformation.

Our second category plays to the old adage, ‘Behind every woman is a tribe of other women who have her back’. Women help women. Actually, women help people. When asked about their greatest success, many of our interviewees didn’t talk about financial or professional success. They were instead most proud of the people and teams they had helped. We dub this ‘girl power’.

An example of girl power was a woman who was described in 1956, in the Houston Post, as the person who “has helped more women to financial success than any other single living person”. Her name was Brownie Wise.

Her path to success started when a Stanley Home Products salesman knocked on her door and proceeded to deliver a terrible sales pitch. Wise scoffed and said she could do better. The salesman challenged her to prove it. She jumped at the chance and soon showed him and the company that she was as good as her word. She was quickly promoted to a managerial role and hoped to ascend even higher. However, her aspirations were quashed when she was told by Stanley’s head, Frank Beveridge, that the executive floor was “no place for a woman”.

Wise was furious. She resigned and joined Tupperware – and in 1949 threw her first party. She quickly amassed outstanding sales and, more importantly, she started to build a team of more and more salespeople, who in turn built their own networks. Soon, Tupperware parties were taking place across the whole of the United States.

At a meeting with Earl Silas Tupper, the company’s founder, Wise suggested the radical strategy of dropping, or at least deprioritizing, sales through department stores, and focusing on home parties. Impressed, Tupper created a new division just for home parties and asked Wise to be the general manager. Soon she was selling more Tupperware than anyone anywhere; wholesale orders exceeded $2 million in 1952.

Wise travelled the country recruiting new saleswomen and presiding over sales conferences. She recognized that the beauty of selling Tupperware at parties was that it allowed women to be employed, yet not appear to challenge their husbands’ authority in what was still a very traditional, male-dominated world.

“I didn’t get there by wishing for it or hoping for it, but by working for it.” Estée Lauder and most other women recognize that sheer hard work is essential to success. Luckily, women have an extraordinary ability to work hard. What’s more, women don’t just work hard, they work well. They are committed and conscientious.

Marcia Kilgore fits the bill perfectly. She has had a lot of different jobs in her life: she has been an aerobics instructor, a waitress, a gymnastics coach and a personal trainer. She has worked on a reception desk, done facials, and waxing. And she has also founded, built and run five famous brands: Bliss, Soap & Glory, FitFlop, Soaper Duper and now Beauty Pie.

Take the story behind FitFlop. It starts with Kilgore attending a dull conference, which allowed her thoughts to drift. She lit upon the idea of an unashamedly comfortable sandal. However, she instinctively understood that a stubby, unattractive shoe was likely to struggle in the market. It would need to work hard to be loved. She decided she wanted her shoes “to be participative” and wondered if a shoe could deliver better-toned legs. “Everyone walks, so what if I could come up with a shoe that made their walk more effective?”

That’s where the work began. Kilgore needed to find the right people to help turn her idea into a practical business. Interviews with dozens of shoe designers didn’t get her anywhere, as they didn’t know enough about how the body worked. She explored lots of options, until she was eventually introduced to Dr David Cook and Darren James, two biomechanics working at London South Bank University. They were to become her “sole-mates”.

Lots more hard work led to the launch of FitFlops. They were positioned as a blend of precision ergonomics under sporty-looking flip flop straps. Being careful not to overstate their potential, they were sold not as a cure for cellulite, but something that could help tone your legs: “The shoe with the built-in gym.” The brand became another success story for Kilgore.

Another example is Michelle Kershaw who was the customer director at Lakeland, the hugely successful homeware retailer. One of the company’s founders said of her: “Michelle was Lakeland. She had huge personality, huge confidence. You couldn’t replace her.” She loved her job and worked tirelessly, arriving each day at 7am, brewing herself a litre of coffee and getting down to work. She was a truly customer-centric executive, before the term was widely used. She was loved by staff and colleagues alike.

Sadly, Kershaw was diagnosed with lung cancer in March 2003 but despite her illness, she chose to continue working. When told of her death, there was a huge, heartfelt outpouring of grief from customers and staff.

A woman’s place is… where she wants it to be. Revolution is often seen as a masculine trait, but we found women are good at challenging the status quo, making things better, doing things in a different way. In recent times women have proved that anger can be a force for good. Annoyed with the prejudice and the inertia of many businesses, they are catalysts for change.

Stories here are plentiful, from Coco Chanel, the convent girl who become the highly successful darling of the Parisian fashion scene, to Nathalie Molina Niño of Brava Investments. She launched her first tech start-up aged 20, and by her mid-30s, she had already built four companies.

Niño realized her success wasn’t just that she was a female engineer and technologist, it was her ability to tell stories. “There were engineers who could code circles around me, but I was always the person who could explain complex concepts to anyone. I was good at creating narratives, and I loved doing it.”

Drawing confidence from this insight, she decided she wanted to shake up the approach to investment. Her twist on the concept was that she didn’t want Brava to limit its investments to female-owned businesses; instead, they would focus on companies that benefit women.

She explains the difference: “An investment in a female-owned company may make a nice headline, but if all that investment does is make one woman very wealthy or, worse, if that company harms the environment or perpetuates workforce abuses, is it really moving the dial for women? We look for high-growth companies that do things like pay their mostly-female workforce living wages and give them benefits in industries that rarely do – think elderly care, childcare, domestic workers, food.” It is an approach that helps ensure women’s place in work.

Women tend to be modest about their abilities, but we hope our book helps highlight some of the wonderful attributes that women bring to marketing – intuition, teamwork, diligence and challenge.

Women have contributed much to the history of successful brands and will offer much more in the future.