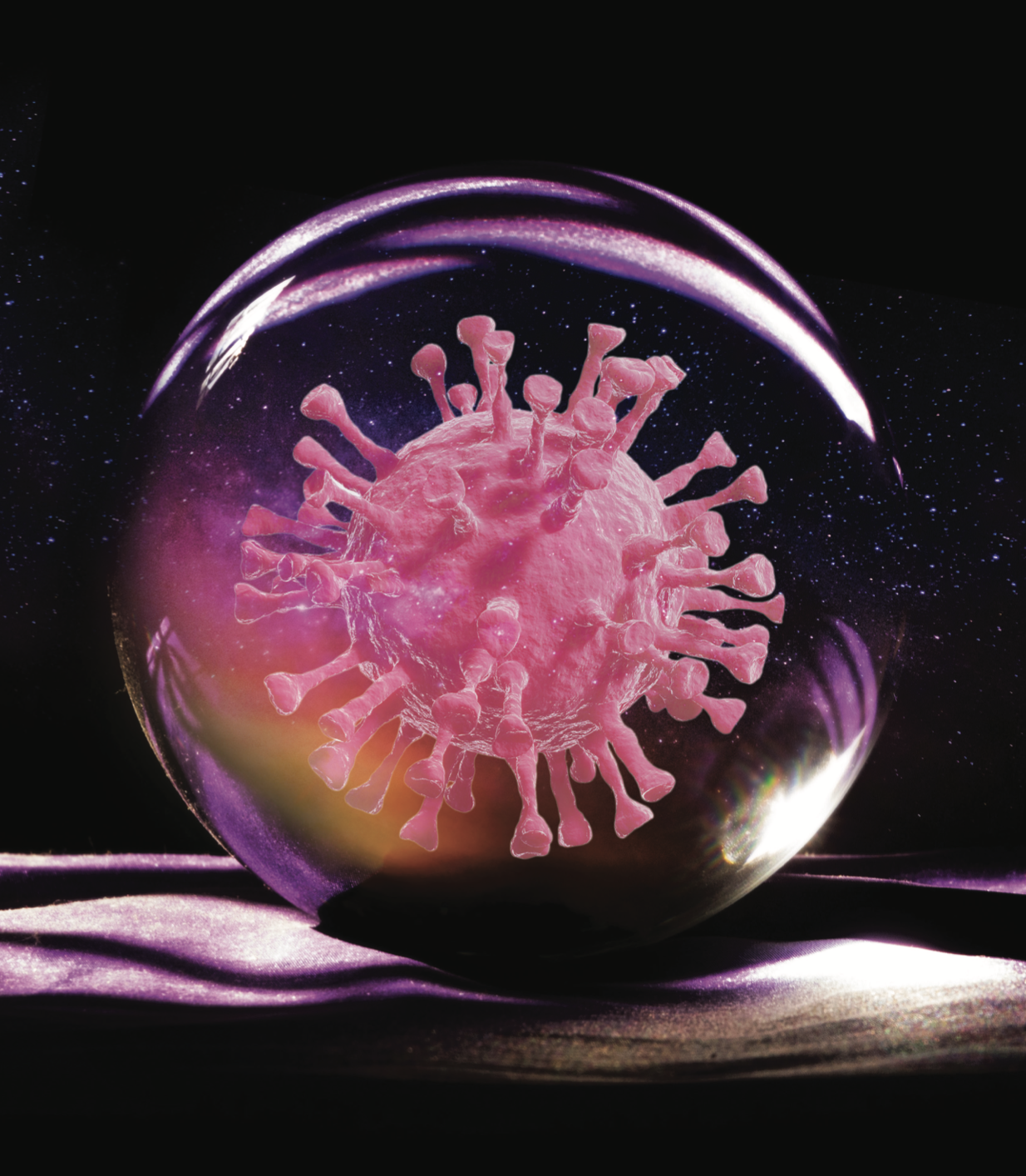 Epidemiologist Dr Jonathan Quick called the coronavirus crisis before many were conscious of it. How is he feeling now?

As winter struggled into spring, Dr Jonathan Quick told the Observer newspaper in London that the worst-case scenario was likely to transpire. “Judging by past experience,” Quick told the British reporter Laura Spinney on 27 February, “it’s likely that health officials and the public in much of the world remain unaware or unconvinced of the danger this virus poses.”

They are convinced now. By the time of writing in late June, Covid-19 has infected 10 million people in 188 countries. Over half a million people have died. Although the virus is seemingly under control and declining in Europe, cases are rising in the Americas. The US is home to a quarter of all the world’s infections.

“We are in a worse-case scenario,” Quick, adjunct professor of global health at Duke University, tells Dialogue. “It’s a stealth virus in terms of the transmission of those who are asymptomatic. And it’s a stealth virus in symptomatic cases, in the pre-symptomatic phase. People spread it before they know they have it.” Quick delivers the punch via understatement: “That’s been a bit of a problem.”

Even when people know they have it, or know they are in danger of catching it, responses among nations have diverged. Australia, South Korea, Finland and Iceland, Quick points out, have exhibited benign “herd behaviour” which has served to bend the curve to the point where the virus is as good as crushed. This is not the same as herd immunity, he says, “which is where 60-70% of the population are either vaccinated or have already had it, so they can’t be infected and it can’t spread”.

“Herd behaviour is different – it’s when you have 60-70% of the population sheltering, wearing masks, handwashing, cleaning their surfaces, keeping six feet of distance. That’s herd behaviour – and it does get the epidemic down.”

Other nations, such as Quick’s native United States, have responded in much the other way. Lockdowns have been short-lived, and herd behaviour has tended to the laissez-faire. Why the difference? “On paper, in terms of the Global Health Security Index, the US ranks number one and the UK ranks highly, Brazil is in the middle,” says Quick. “Yet all three of those countries have at times had runaway outbreaks. That’s where leadership and decision-making matter, and in the US and Brazil right now we have countries led by Covid-denialists.”

The behavioural science behind this is powerful, argues Quick. “We are asking people to live in a way they have never lived before. You have to have consistent messages that you trust. But when you have conflicting messages and clear denialism about what people see in front of them – well, you can see the result in the US in terms of the lack of distancing.”

Yet the level of physical distancing and the rate of infection is an imperfect link. In the UK, for example, the widespread breaking of lockdown rules over a very warm Easter weekend, several Black Lives Matter protests, and various breaches on public beaches failed to trigger obvious spikes in new cases. Yet infections in meat processing plants and clothing factories spread like wildfire. At the time of writing, the small English city of Leicester is under a local lockdown because of outbreaks in the textiles and industrial food sectors. Are we starting to learn more about the likely trigger points?

“Indeed,” says Quick. “One of the things that has become clear is that there are super-spreader locations: typically indoors with close extended contact. It’s the church service in Arkansas where churchgoers were there for an hour, an hour-and-a-half, and there’s lots of singing, lots of breath coming out – you’ve got it. It’s the meat-packing plants, we’ve seen it in Europe, we’ve seen it in South Korea, where you have workers that are together. And it tends to spread faster in tight communities, lower-income communities where there is dense living. You have the risk factor of the population itself coupled with a common factor that gives you a super-spreader event. It’s like the bar in Florida, seven bartenders tested positive, and a whole group of 16 friends was infected. Mercifully it was a younger group, so nobody was hospitalized. But the point is that those are unquestionably the super-spreader locations: tight, indoors, extended contact – and lots of hot air coming out of people.”

The one – perhaps the only – good thing about living through an epidemic is that you learn about epidemics. When the pandemic accelerated in the west in the early spring there were few options open to shell-shocked governments other than complete lockdowns. Yet they are not a permanent solution: the public only tolerates them for so long; national economies tolerate them barely at all. Given what we have learned, what package of public policy countermeasures does Quick propose for the future?
“There are two points. The first is we need to know where the epidemic is,” says Quick. “We need to know where it’s spreading, and to have our eyes on it. And to do that, we need to rapidly scale up testing. At the Rockefeller Foundation, where I am now, ramping up testing is our core piece – nationally and internationally.”

Alongside that, says Quick, “the second thing is we now know you can take a measured response”.

“It shouldn’t be like a light switch,” he says, “where everything is dark or everything is bright. It can be a dimmer switch. As we open up – and this is core to the strategy to keeping open our schools, our workplaces and our communities – it means practising personal protection. That means social distancing, handwashing and masks. But in a school or a workplace or a nursing home, when you see an outbreak rising up, that’s when you need to do a more strategic lockdown or tighten up. It’s a sort of whack-a-mole – you see where the outbreak is. You don’t just close the whole table.

“You keep ahead of it. You don’t want your first warning signal to be an overrun emergency room and crashed intensive care unit or a workplace where all of a sudden a third of the people are out – and ‘oh, by the way, it’s Covid’. But that’s what happens when you are doing too little testing. You want to be able to do the testing in the higher risk areas, monitor what’s going on and be surgical and strategic about your shutdowns.”

Yet rather than being “surgical and strategic”, several US states unlocked too early, which triggered a new rise in cases and fresh shutdowns. Deaths are a lagging indicator, but even when accounting for the lag, in many cases, while cases rose, the death rate continued to fall. What was happening? “The first response that people have is ‘oh well, we are doing a lot more testing’, but that only explains a bit of it, and it’s temporary,” says Quick. “What you need to look at is the percent positive. At one point we saw three states set records for new cases, and their positivity was always rising, so it wasn’t a function of more testing.”

If it wasn’t increased testing, what was it? “The first thing is that we’re getting better at treating the disease,” Quick explains. “Early on where you had a lot of overrun hospitals – in Italy and New York City you saw that – you are just not going to be able to give the quality of care that you need. But as we are learning how to treat it – for example, that great study from the UK on dexamethasone – we are reducing the case fatality rate.”
What about demographics? On this, we are back to herd behaviour, says Quick. “The most cautious people, those who have stayed indoors, have been the higher-risk people. So we are also seeing that the average age of the new cases is falling – and younger people have a much lower death rate.”

At first blush, this might appear to be a positive trend – younger, low-risk people exposing themselves to the virus and building community immunity while the vulnerable remain sheltered. Yet Quick is unconvinced. “The evidence is that the young are more likely to be asymptomatic,” he says. “So what you have is stealth carriers in the household – it’s not just the grandparents at risk, it’s the parents too. It makes it very hard for families to be together in a safe way.”

Nor is Quick wholly convinced about adopting some sort of draconian risk segmentation model whereby younger people are prohibited from meeting older parents and grandparents. “It’s feasible but it’s not the best strategy,” he says. “The best strategy is to get people across all age groups to practise personal protection.”

A number of vaccines are in development, but even if and when successful, rolling them out globally is a massive, time-consuming undertaking. Given that, does he see treatment as a quicker way out? “It’s not an either-or, it’s an and – both,” he says. “On the treatment side, there are lots of developments that are encouraging. There are some new medicines being tested – at least three dozen really innovative medicines – but that takes a while because you have to prove the efficacy and the safety. But we have some existing medicines that we already know are safe. I’m not optimistic that we’ll get an antiretroviral or any therapeutic that will prevent infection. So far the treatments have been around reducing the severity of the disease, and it’s a wide variety that are being tested – their safety is proven, we just need to prove their effectiveness.”

The media has speculated widely that the virus might mutate into something more powerful, something that presents a severe risk even to the young. Quick thinks the opposite is more likely, that it morphs to something less potent – but more infectious. “The genetic pressure is to not kill too many!” says Quick. “SARS killed 10% and burned out; MERS killed 30-60% and burned out. But the genetic pressure led to them becoming more contagious, so what you gain on the deadliness you might lose on increased contagiousness.”

Quick could never be accused of cock-eyed optimism, yet he sees glimmers of light in the storm. “The human creativity we have seen has been amazing,” he says. “We are becoming more adaptable, but we should still prepare for the worst and hope for the best.”

How far are we through it? He nods towards the Englishman on the other side of the Zoom call. “I can’t put it in cricket terms,” he says, “but if it were baseball, we might be in the third inning of a nine-inning game.”

––– Ben Walker is editor-at-large of Dialogue