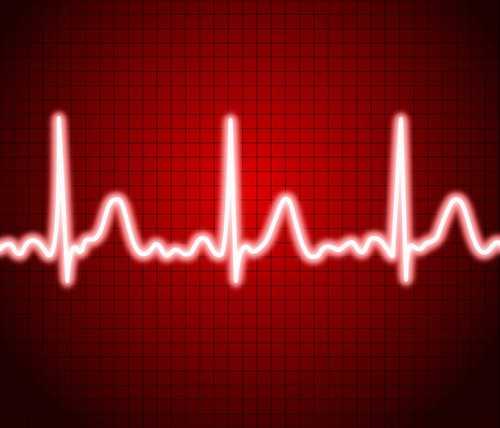 René Carayol’s Spike urges readers to find not just their strengths, but the very essence of who they are, writes Kirsten Levermore

“Everyone is a winner.  There need never be any losers anymore.”

These opening words of René Carayol’s Spike have a page all to themselves; the silence surrounding them is as powerful as the sentiment itself, reaching all the way to the core beliefs we hold about our personalities and the world around us. And that’s just page one.

The word, ‘spike’ – simultaneously conjuring up images from economics, sports, construction and neuroscience – is leadership speaker, broadcaster and coach Carayol’s shorthand for ‘strengths positively identified kick-start excellence’, a philosophy that asks us to look deep within and find what makes us great.

Part-autobiography,  part-philosophy, Spike  imparts its wisdom via personal stories from the  lives of Carayol and people  from his past. Each one  highlights a different case, both in life and work, in which a ‘spike’ was identified (or not) and utilized (or mislaid). Coming from the pen of a prolific motivational speaker, it is no surprise that Spike has all the hallmarks of Carayol’s character: it is flowing, detailed, enrapturing and inspiring.

Spike also asks pointed, sometimes intimate questions: spikes are not simple strengths,  like being good with Microsoft Excel. In Carayol’s own words, a spike is: “Something that is your brand, the essence of what you are.

This definition is at first frightening (do I really know my brand?), then exhilaratingly inspiring (Yes! is is what makes you unique on planet Earth).

The text itself serves  two purposes: a love letter to the mentors, mentees and leadership teams that have guided and influenced Carayol throughout his life; and empowering readers with the knowledge that, if we identify and utilize our own and others’ spikes, we can be winners in any arena.

Spike comes from a man who has had quite the trip to the top, and been called upon as speaker and coach to the biggest names in  the world (many of whom he mentions early on, including President Bill Clinton, Prime Minister David Cameron, boxer Ricky Hatton and Sir Richard Branson). Simply put, Carayol is a storyteller who knows how to write, and  his charismatic, engaging tone will weave Spike into your consciousness, following you throughout your day.

Curiously, there is little instructional value to Spike – the aim is simply to act as a beacon, drawing you into the search for your spikes without providing the tools to identify them. No test, not even a list of possible spikes. It is maddening and somehow furiously engaging, forcing the reader to think, dwell and even meditate on the answers.

Perhaps Carayol has founded a new sub- genre of self-improvement? 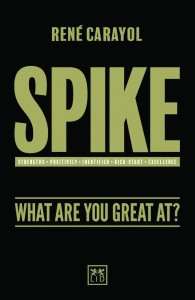