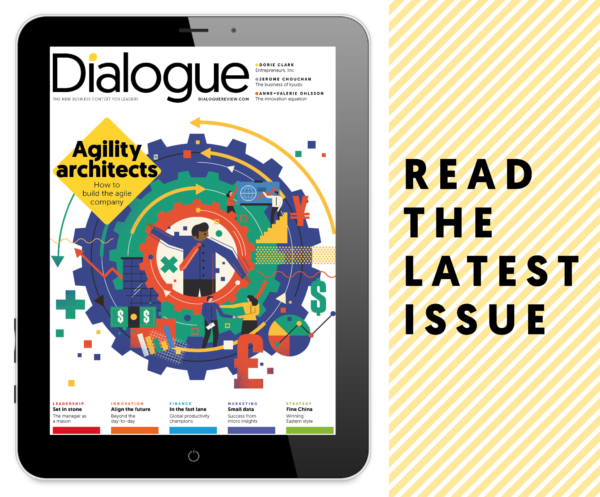 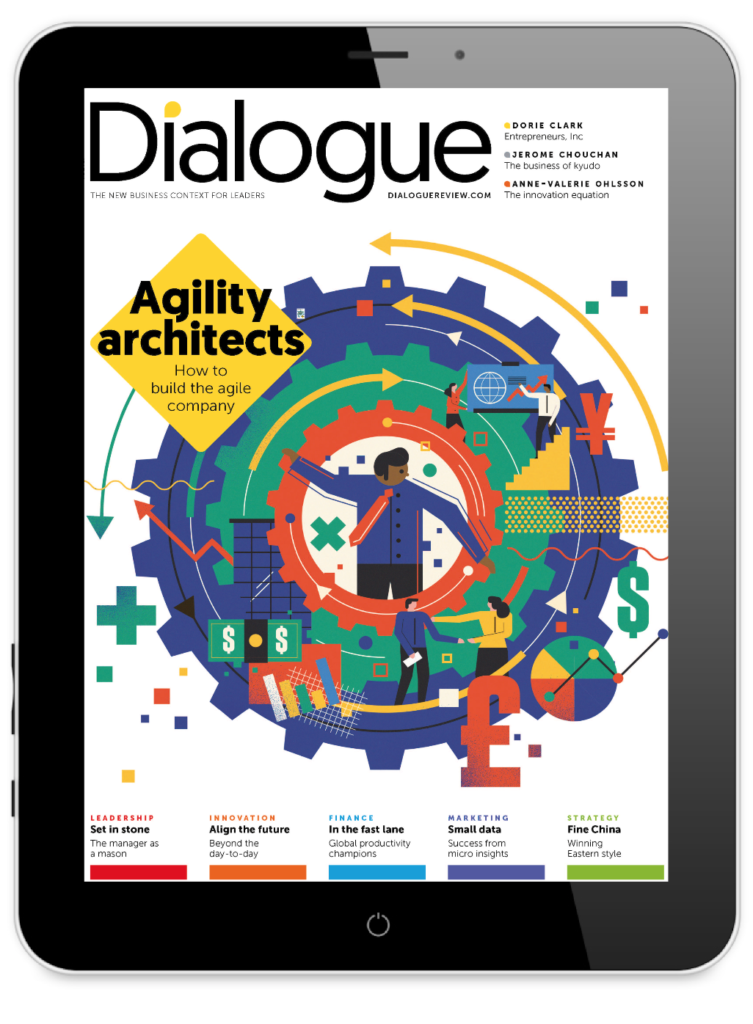 Competing with one hand tied behind your back is never easy. Yet too many organizations focus on the day-to-day, with little investment in innovating for future success. How do companies strike a balance between the exploitation of what they already have and exploring what they could have in future? Freeing your organization from its bonds must come from the top. Fear of failure will extinguish imagination. The innovation within your walls will leave, if untended. Ambidexterity is achievable. Learn to unleash the power of both hands…

Also in this issue

Jerome Chouchan –– The business of kyudo

[/tab] [tab title=”Our digital journal“]Dialogue’s digital format is interactive. Use hot links on the cover and contents page to navigate easily through the journal. [/tab] [/tabs]

> I want the version for tablets, iPads and phones. Download the Dialogue App for free.

Downloading Dialogue you are accepting to receive the latest news of our community and information of your interest.
By clicking the button below, I agree with the Terms & Conditions.
Download

> I want the version for my laptop or computer

Downloading Dialogue you are accepting to receive the latest news of our community and information of your interest.
By clicking the button below, I agree with the Terms & Conditions.
Download

Currently reading the Q1 2019 edition of Dialogue, check it out here!

Q3, 2018 – The human difference: Ben Pring on making the difference in an artificially intelligent future

Q2, 2018 – Courage in chaos: Lessons from the edge from Kate Sweetman and Shane Cragun

Q4, 2017 – Into the wirearchy: Leading from the centre in a volatile world

Q3, 2017 – The payoff paradox: Dan Ariely on why consumers like to work for their purchases

Q2, 2017 – The new rules of creativity: Vivek Wadhwa on why innovators must see the future

Q1, 2017 – New world order: Linda Sharkey on how to create global leaders for a changed planet

Q3, 2016 – The trouble with brains: Marshall Goldsmith on how super-smart leaders alienate their teams

Q1, 2016 – The Z Factor: Why the next generation will change the world of work forever