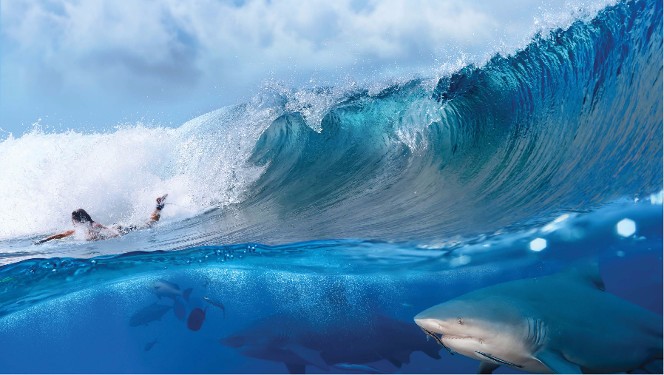 The response to the 2008 financial crisis did many things, not all of them for the better. Spurred on by bank failures and government rescues in the northern hemisphere, policymakers have proposed new capital measures, identified new risks with derivatives and collateral markets, imposed more conservative balance-sheet treatments for ‘special investment vehicles’, and made efforts to align remuneration with outcomes, with renewed emphasis on the organizational cultures necessary to support risk-taking activities. But, so far, the combined will of Western governments has failed to produce anything that aims to encourage more cautious behaviour.

Researchers for Crisis Wasted? Leading Risk Managers on Risk Culture asked ten senior risk managers in global financial organizations what they believe to be the most pressing issues affecting systemic stability, how well they are being addressed, and how much might be window-dressing. Here are some key findings from those interviews.

1. Good risk management is more than a corner office

Following the global financial crisis, financial organizations are expected to demonstrate strong risk management, which of course is good news for investors and taxpayers. Organizations have responded by elevating the status of their chief risk officers (CRO). But good risk management may not be as straightforward as it seems, for at least four reasons.

First, risk managers do not receive the same market signals that traders do – and the information they do have is usually delayed and in summary form. They are on a less-than-equal footing when challenging risky positions.

Second, the job is complex: risk managers need to know the traders’ jobs as well as their own. They need more than a dose of lateral- and forward-thinking, plus excellent communication and persuasion skills, to ensure the right actions are taken at the right times.

Another problem is that, with demands for evermore regulatory risk reports, risk management is increasingly confounded with, and dominated by, risk reporting. This shifts the focus away from commonsense and intuition towards a mechanical process that is prone to missing unexpected, but important, risk signals.

Risk managers say the best part of the job is its intellectual challenge, yet even this appeal is under threat, which will deter many of the most talented individuals from the job.

And anyway, what do you do with all those risk statistics?

A natural response to the apparent failure of risk management is to demand more information about risk exposures. Certainly, organizations that enjoy explicit or implicit public guarantees, or whose failure would threaten the stability of the financial system, should be obliged to report on the risks they assume. But simply demanding evermore detailed risk reports can do more harm than good.

To begin with, as with any kind of regulation, demands for more detailed risk reports come with costs and unintended consequences. One such unintended effect is that regulators often have neither the background skills nor the resources to make practical sense of its volume and complexity.

The corrosive effect of this is the false sense of security conveyed to investors and consumers, who assume, reasonably but often erroneously, that risk is being monitored effectively and systemic stability supported.

The most obvious cost of more reporting – gathering the information – is to firms, which is inevitably passed on to customers. Some firms find themselves devoting so much resource to risk reporting that real risk management suffers.

More damaging is that this cost is largely fixed, favouring large organizations and impeding the emergence of new, innovative firms that are most likely to challenge the dominance of giant banks and offer choice to consumers. So if an aim of financial regulation is to contain the systemic risk of banks that are ‘too big to fail’, then demanding more and more reporting aggravates that problem.

Rather than stabilizing the system, it diverts resources away from risk management, encourages increasing concentration of market power in large firms, reduces diversity between firms and makes the system a bit more fragile.

An important innovation of the Basel II international banking accords was that banks should use their own, internal models to estimate the amount of capital they should hold. The reasoning was that banks understand their investments better than any outsider, so the models they build themselves are best able to capture their risk. Regulators demanded only that the same models be used to estimate capital requirements and to manage the portfolios themselves, known as the ‘use test’. This works so long as banks are subject to continuous scrutiny by creditors and investors, who ensure that risk is maintained at the level that keeps borrowing costs low. But the use test may not always work in practice as well as it should do.

One reason is that, with the general level of interest rates at historic lows, borrowing costs are very low, even for quite risky borrowers. Another is that different banks’ models give very different estimates of capital requirements – even for identical portfolios of assets. There are, of course, arguments that banks may have good reasons to allocate different amounts of capital to similar portfolios. For example, one bank may choose to combine very active risk management with less reliance on capital buffers, while another may complement a rudimentary level of risk monitoring with a strong capital cushion.

Yet the widely drawn conclusion from this divergence is that banks had done what is, for them, rational: they had optimized their models to flatter their own books in order to keep capital requirements to a minimum, regardless of what the real risk might be.

The alternative to using banks’ internal models is to impose a uniform, standard model on all regulated organizations. This may improve comparability, but there are significant drawbacks:

– One size fits nobody: a model built for some ‘average’ or ‘typical’ portfolio may be ill-suited to actual portfolios, with the result that some risk may be mis-estimated, or missed altogether,  and capital requirements understated

– Models imposed by even the most astute of regulators will be slower to adapt to changing market conditions and portfolio profiles than the models that are developed by the organizations themselves, so some sources of risk can remain unmeasured

– Any modeling errors in the standard model will be amplified across all large organizations, which could cause the system itself to become undercapitalized

– The incidence of crowded trades, where many investors buy and sell similar assets at the same time, is greatly increased when all financial organizations are compelled to use the same mode

By proposing to combine, in tandem, internal and standard models, Basel III seeks to preserve the benefits of both. Internally developed models would thus be harnessed as reasonableness checks on the standard model – and vice versa.

But the danger is, that since maintaining and operating models is largely a fixed cost, and since creditors and investors will instinctively focus on what the standard model says, organizations will find it increasingly difficult to justify the cost of their internal models. Reasonableness checks and model diversity thus may, in time, be lost.

And it’s not only about diversity of models: parts of Basel III may be making the financial system itself less diverse, more procyclical – and more fragile.

One clear reason why the 2008 meltdown wasn’t worse than it was is because not everybody was selling at the same time. Long-term investors, such as pension funds, stepped in to buy cheap assets, critically breaking the fall in asset prices, as banks, investment banks and hedge funds scrambled to raise cash.

The argument for maintaining the balance of buyers and sellers has never been stronger, yet two seemingly benign provisions of the Basel III Fundamental Review of the Trading Book (FRTB) – which were aimed at correcting some shortcomings in Basel II – may aggravate the problem of crowded trades and procyclicality.

Plurality of investors and their different investment horizons are what keep the financial system from being even more unstable than it is. To see why, consider the different types of organizations that make up the financial system and the investments they hold. A given asset, say a bond, may be held by banks, investment banks, insurers, hedge funds, foundations, sovereign funds, family trusts, pension funds and mutual funds, as well as by individuals.

Should the bond fall in value, investment banks and hedge funds may be obliged to sell it to meet margin calls on the short-term borrowing that financed its purchase. This puts downward pressure on the price, often triggering a procyclical pattern of further sales and further price deterioration.

Mitigating this, long-term investors, such as mutual and pension funds, are under no pressure to sell. They have no short-term financing demands to meet, so can usually ride out the short-term turmoil and may even take the opportunity of lower prices to invest more, reaping handsome long-term profits for their investors.

By standing in as buyers of underpriced assets, long-term investors provide crucial liquidity, a natural shock-absorber and countercyclical force in the financial system.

Enter the FRTB, which introduces a number of real improvements, including greater clarity about what should, and what should not, be in banks’ trading books. However, it threatens, in at least two ways, to unsettle the balance of buyers and sellers in times of market stress, and to aggravate the chronic problem of procyclicality.

The first is the apparently benign proposal to apply banks’ internal risk models in tandem with a common, standard model to calculate regulatory capital requirements. In contrast to its laudable aim of preserving the benefits of both diverse and standard models, it may well, in time, help concentrate all risk measurement into a single, possibly flawed, model. The second is to apply the same capital adequacy rules to all large financial organizations, including long-term investors, such as insurance companies, mutual and pension funds, as well as banks.

This not only neutralizes the shock-absorber effect that long-term investors now exert, but actually adds even more selling pressure at just the wrong time.