Only one type of teacher has the qualities to turn around English education, write Alex Hill and Liz Mellon

The link between education and the economy is strong. The better educated the workforce, the greater a country’s gross domestic product – a 50% increase in exam results leads to an increase of between 0.7-1.5% increase in GDP. Yet the Organization for Economic Co-operation and Development (OECD) Programme for International Student Assessment (Pisa) shows that the UK lags behind its peer countries, despite investing more than them. Specifically, the 2012 Pisa study showed that the UK invested the eighth largest amount, but scored a paltry 19th in mathematics, 14th in science and 16th in reading.

In our seven-year research, we studied the results of changes made by 411 leaders of English academy schools after they were put into remedial measures by the Office for Standards in Education, Children’s Services and Skills (Ofsted). Our findings suggest that UK schools underperform because we’re appointing, rewarding and recognizing the wrong leaders, who do things in the wrong order.

Our study provided us with the rare opportunity to look at many organizations which are all regulated, documented and measured in the same way, provide a similar service and have made similar changes. This is research gold, as it’s possible to isolate variables and understand the impact of changing them. We could analyse the effects of 58 types of investment, on 18 performance measures over time, in 160 academies operating in 18 different regions. We were also given full access to the academies’ management information systems, and interviewed their leaders, staff and students.

So, what did we find? Like any turnaround, there is no magic bullet – a series of remedial steps need to be taken, and each step’s impact depends and builds on the previous steps in the sequence. We were also able to identify five types of leader and see which type was the most effective and why.

Surgeons were the highest paid and most recognized leaders identified in our research, earning 50% more than the mean. Some 39% of them were knighted, while 24% held a CBE, MBE or OBE. By background, they tend to be physical education or religious studies teachers (85% in our study) who believe that the fittest win, through hard work and the right attitude. They often arrive with the reputation of having turned around several schools – the media call them ‘super-heads’, and the UK government believes we need more of them. They transplant resources to the short-term problem – this year’s exam results. They cut out poor performing students and non-essential activities, move the best teachers to the final examination year, reduce class sizes and increase revision. It’s not surprising that examination results improve dramatically in their one to two years in charge. However, these scores collapse after they leave, as the incoming final-year students have been ignored and under-resourced for two years, and it’s impossible to make this up. Buoyed by an undeserved reputation, the Surgeon has left behind the patient who, after a short rally, has a significant relapse. 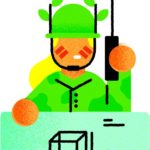 Soldiers like efficiency and order. They believe schools get into trouble because they’re fat, lazy and waste public money. They are usually IT or chemistry teachers (94% in our study), who moved out of teaching and into administration early in their career. They see running a school just like managing a large project – focus on deadlines and costs, and the rest will take care of itself. They trim back every ounce of fat and make people – especially teachers – work harder. They cut support staff and non-essential activities, automate processes and start using cheaper suppliers. People are told they’re lucky to have a job and need to start working harder – morale plummets. Costs reduce dramatically in the one or two years they lead the school, but go right back to where they started after they leave. Teachers are exhausted and demotivated from working in a climate of fear and uncertainty, and the cuts are too deep to sustain. As the soldiers move on to their next mission, costs inexorably rise behind them. 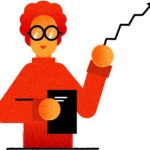 They are resourceful, systematic and revenue-focused. Usually maths teachers (78% in our research), they have a good head for figures and a sense of where extra revenue can be found. They believe that schools get into trouble because they’re small and weak. More revenue = more investment = bigger and stronger. One common early act is to acquire a primary school (the motive is to increase income, not improve student behaviour) and they also develop non-teaching offerings, such as out-of-school-hours gym memberships and using school premises as conference facilities. They take long-term decisions to enable the school to perform better financially, and believe teachers will work out where the extra resources are best spent. Revenue increases dramatically during their tenure, but examination results remain the same, because this is not where they focus. The school ends up richer, but no better.

The most common leaders (we estimate 81% of all UK heads) are Philosophers. Philosophers are passionate about teaching and love debating the merits of alternative approaches. They are typically English or languages teachers (89% in our study), eloquent, and believe that schools fail because they’re not teaching their students properly. They see themselves as experienced teachers, rather than as leaders, whose job is to pass on the knowledge and wisdom they’ve gained over their teaching career.

Teachers are very excited when the Philosopher leader arrives, because they tell them how important their work is and how much value they add to society. They start going on trips to observe other teachers and invite teachers back to their school, to share ideas and approaches. But, fundamentally, nothing changes. Students carry on misbehaving, teachers become increasingly frustrated as they’re still managing poor behaviour and drowning in paperwork, parents are still not engaged, and performance – both financial and intellectual – stays the same. Nothing much improves, before or after their tenure. 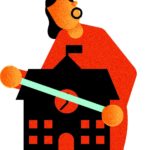 Architects are the only leaders with any real long-term impact, yet they are the least rewarded and recognized, as results take time to show and everyone wants instant gratification. They usually studied history or economics (68% in our research) to understand how past leaders created the societies and economies we live in, but never thought they’d end up teaching. They worked in industry for 10-15 years first, moving into education with the aim of making a beneficial contribution to society. They’re insightful, humble and visionary leaders who believe schools fail because they’re poorly designed and are not supported by their local community.

There are strongly held opinions in education about what improves a school and our findings challenge some of these. The most common mistake was to try to improve teaching first. This doesn’t work. Good teachers can’t teach students who aren’t there, or who don’t care, in an environment that doesn’t support them. Culture and student behaviour must improve first. Reducing class sizes helps, but it’s expensive. And we found that class sizes of 30 performed as well as those of 15, when students were well-behaved. A school that teaches children from five- to 18-years-old works better, as good behaviour can be embedded from the start. Also, many schools tried to come down hard on poor behaviour with a ‘zero tolerance’ policy. Any short-term, positive impact doesn’t last and, in some cases, students revolted – students need to feel engaged, not excluded.

We know that leadership matters, so understandably, many academies wanted to put a strong leader in place and parachuted in a so-called ‘super-head’ from a successful school. However, although exam results quickly improved, these super-heads stayed only for one or two years, focused their changes on students aged 15 to 16, and the subjects – mathematics and English – used to assess performance. In most cases, they made quick improvements, took the credit and moved on. In every case that we studied, exam results dipped after the super-head left, and the incoming head had to spend up to £2 million cleaning up the mess. And, more worryingly, these leaders were paid 50% more than their peers and 39% were knighted.

In these 160 British academies, what mattered most was not the amount of money pumped into the system, but making the right changes in the right order. The most precious investment was time – for the headteacher to stay long enough, and the governors to be patient enough, and for parents to have faith enough to ensure that the foundations for sustainable change were slowly assembled and then built upon.

We already know that the calibre of leadership makes a difference to any organization’s results. It’s the same for schools. We interviewed 411 leaders, as well as those who work for them, and analysed their impact using 64 investment variables and 24 performance measures over seven years. We could scientifically analyse the backgrounds, values, behaviours, actions and differing impact of the five types of school leader we identified, both during and after their tenure (most stayed two to three years).

We found leaders who talk a good game, but have no impact. Or leaders who make everything look great while in the job, but things fall apart after they leave. And then there is the rarer, effective leader, who quietly redesigns the school to serve its community for sustainable success. We call these transformative individuals ‘the Architects’.

Why are Architects successful?

They redesign the school to create the right environment for its teachers and the right school for its community. First, they start teaching students for longer, to embed positive behaviours early (by acquiring a primary school) and to help them go to university (by setting up a sixth form). They increase revenue by developing non-teaching offerings. They then improve student behaviour (by moving the poorly behaved into a separate pathway within the school), collaborate with local organizations to show students the opportunities around them, and arrange trips abroad to open their eyes to other cultures. Only then do they focus on improving teaching and leadership, by introducing coaching, mentoring and development programmes.

Architects are the least well-known and the least rewarded, yet they are the only leaders who leave a positive legacy. They rise above the detail and take a much broader view of the school, its stakeholders and society to understand what they want, and design the school to achieve it. Results take three to five years, but then continue to improve, with some Architects increasing exam results by 50% in the eight years after they arrive. They are visionary leaders, who think more about the future they are building than looking good today, investing time to make the right changes, in the right order. Identify, develop and appoint more of them and the UK education system will improve.

— Dr Alex Hill is co-founder and director of The Centre for High Performance (a collaboration between the Universities of Kingston, Oxford, Duke, and London Business School).

— Dr Liz Mellon is chair of Dialogue’s editorial board