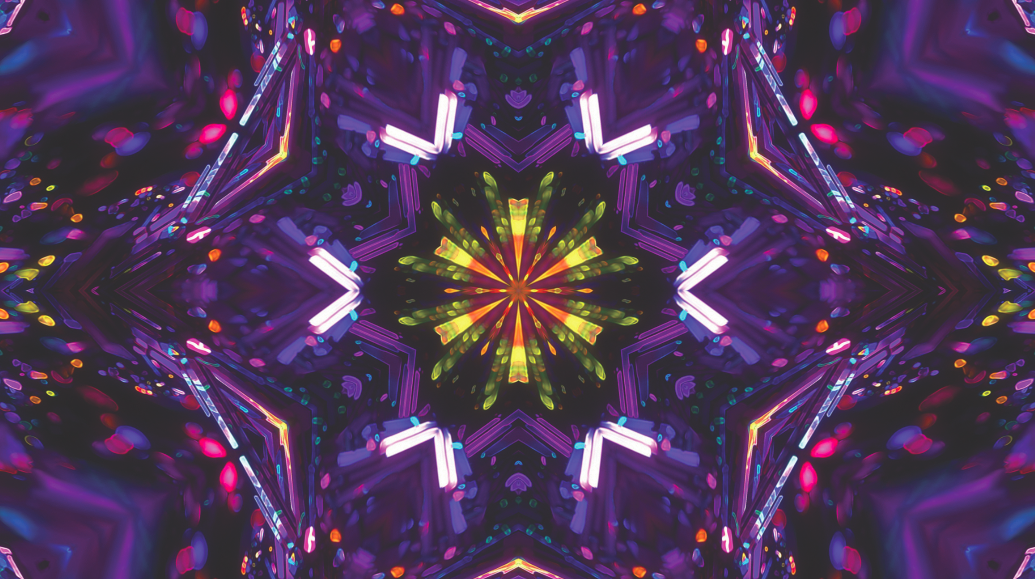 Remember the thrill and fascination you experienced as a child when looking through the peephole of a kaleidoscope, its colourful pattern changing dramatically at every slight turn of the tube? And the disbelief, or possibly the disappointment, when you found out that it was just mirrors and a few pieces of glass?

We had a similar sensation when we conducted the background research for our recent book on business strategy, Fad-Free Strategy. We found that not much had fundamentally changed over the last 30-plus years. In the 1980s and 1990s an intensive academic debate took place between the ‘position’ and the ‘capability’ schools of thought about the sources of competitive advantage. The ‘position’ school, championed by Harvard professor Michael Porter, teaches that the design of a strategy should be primarily driven by the structural characteristics of industries and competitors’ presumed strategies; the ‘capability’ school teaches that it should be primarily driven by a company’s specific resources, competences and management capabilities.

Another debate from the same period is about the balance between ‘deliberate strategy’ (formulate a plan, then realize it) and ‘emergent strategy’ (take a step, learn and adapt), to use the terms coined by Henry Mintzberg in 1985. It reverberates to this day in concepts such as transient advantage and strategy-as-learning.

All those pieces went into the strategy kaleidoscope, and strategists have enjoyed – or at least experienced – a series of dazzling images ever since. Possibly the first of those came to life in Tom Peters’ and Robert Waterman’s 1982 book, In Search of Excellence, which is emblematic of what we would playfully call the ‘hero company’ genre. The authors observe the ways of working of a number of companies that were successful for a period of time, and then generate a supposedly generalizable set of rules, which these carefully-selected hero companies allegedly applied. The message is that other companies would be equally successful, if they just were to apply those same rules or best practices.

Such strategizing-by-anecdote is still fashionable, but copying the heroes’ alleged rules is risky. For one thing, such an approach suffers from adverse selection: successful companies are selected, while those that failed are ignored, including those that might have applied the same rules. Second, every company’s customer and competitive situation is different. As a result, those rules are not generalizable or even applicable.

For example, the rule that ‘companies should create a strong brand’ may be sensible in certain situations, but in a commodity business such as chemical intermediates, brand-building is most likely a value destructor. Managers are misled when they apply rules that are positioned as unconditionally applicable but are in fact non-generalizable. They may be misled into making decisions that lead to outcomes which are no more desirable than those that would follow from flipping a coin.

One may be tempted to think that a fair amount of coin-flipping is still taking place in strategy today, considering how frequently revenue forecasts of strategic options, such as entry into a new market, continue to be widely off the mark. Strategists don’t seem to have progressed a whole lot in making more accurate revenue forecasts. Hence, the question for today’s strategists is: how can the sound first principles of strategy from the 1980s and 1990s be converted into a practical and effective approach for making more reliable forecasts about the potential revenues of strategic options?

The short answer: revisit applied microeconomics and make it real-world. The more elaborate answer is as follows. Strategists should apply the two core concepts of strategy – that is, ‘attractiveness’ and ‘advantage’ – not only at a high level, in terms of aggregate market forces, but also at the individual customer level. Don’t just estimate the desirability of various strategic options on the basis of ‘attractiveness’ criteria such as average market growth rate and profitability, and ‘advantage’ criteria that ultimately culminate in a subjective estimate of the market share that the company could hope to obtain.

Instead, involve individual potential customers to find out what percentage of them indicate that your company’s planned offering meets their minimum requirements. Find out if those customers would prefer your offering over the best alternative. If a sufficient number of customers do prefer your offering, given their best alternative, and at a price at which your company will make money, then the strategic option appears promising.

In other words, since revenues equal price times the volume that customers want to buy at that price, we need to understand what microeconomists call the demand curve, which relates volumes purchased of a specific offering to different price points. In layman’s terms: the success of a business strategy ultimately depends on the choices that customers make, rather than on managers’ hopes and wishes.

Microeconomics is useful for strategy because it makes use of a number of reasonable and hard-to-dispute behavioural assumptions, which it clarifies up front. The most salient of these is that a customer will pick the alternative that gives them the best deal: that is, the option with the largest difference between their willingness-to-pay, and the price that they have to pay.

To establish the real-world demand curve, which is ultimately the sum of what customers are willing to buy at different price levels, one needs information about customer preferences. When considering willingness-to-pay based upon what constitutes a ‘best deal’, it is crucial to recognize that no two customers are alike. Customers have different preferences, so relying on concepts like the ‘creation of customer value’ as the key to business success is precarious.

To make better decisions, it is critical to understand differences in customer value, or willingness-to-pay. Those differences will determine what constitutes a best deal for some customers and not for others. Information about average customer value is irrelevant for decision-making.

Talk to your customers

To gather good information about customer preferences and make the demand curve real, strategists need to sit down with customers, ideally face-to-face, and rigorously elicit their preferences. While doing so, they should recognize that customers often don’t want to, or can’t, express their preferences directly. A solid method is needed to help customers in crafting and discovering their preferences in an unbiased manner. Quality is more important than quantity: having hour-long in-depth conversations with, say, 30 potential customers will yield much more meaningful evidence than a 5-minute telesurvey with 1,000 of them. The latter risks generating ‘accurately inaccurate results’.

Admittedly, gathering the necessary evidence on customer preferences is demanding and time-consuming. But it is surely worth the effort, as it is the source of the most important piece of information that a company can have – the effect on its top line. The good news is that, from there on, the work gets easier: extrapolating from the sample to the entire market, adding information about costs to derive margins, and sizing the impact of moves by competitors that are willing and able to imitate the company’s strategy.

The implication of the above is that strategic options that result from a traditional ‘attractiveness and advantage’ exercise at the level of the aggregate market should not be taken as firm decisions, but as hypotheses. These hypotheses can and should be validated, adapted and detailed – or possibly rejected – by gathering evidence about customer preferences and the ensuing real, rather than hoped-for, revenue and margin potential. We use the term Grand Strategy to refer to the process leading to strategic options in the form of hypotheses. We use the term Operational Strategy to refer to the follow-on process of validating, detailing and possibly rejecting these hypotheses.

Knowing when to say no

We once worked with a medical supplies company that had developed a new perforation-resistant non-latex glove that could increase surgeons’ protection against HIV. Management was so enchanted with their ability to produce the superior glove, which was 90% HIV-proof, that they wanted to launch it as soon as possible. They were convinced that the revolutionary product could command a price that was ten times higher than the latex gloves currently on the market.

We strongly recommended that they consider that belief as a hypothesis that still needed testing. Subsequent evidence from the field demonstrated that very few users or customers cared about the superior benefits of the glove and were willing to pay the targeted price. The commercially most appropriate price, given the willingness-to-pay of customers and the distribution of that willingness-to-pay across customers, was just a few cents above the price of the standard latex gloves. Consequently, the hypothesis was rejected and the launch was put to a halt. It was not much fun for those managers to call a halt – but it saved the company millions of dollars in non-recoverable further R&D and launch expenditure.

The bottom line of this analysis is that to increase a business’s top and bottom line through strategy, averages never matter. What matters are differences. Likewise, there are no general rules or best-practices which always work in business, just as there are no general strategies that always work in chess. When playing against a star chess player, one might have a one-in-1,000 chance to win the game: mimic the champion’s strategy and the chances are zero.

Discussions with numerous executives of mainstream companies reveal that the experience of today’s hero companies – say, Amazon – are of remarkable insignificance to the daily practice of executives at 99% of real-world mainstream companies. Amazon’s achievements are so specific and so exceptional that they should not be used or abused as ‘evidence’ and generalized into a set of management rules for everyone to follow. Nor does it help when strategist X, today, uses the Amazon example to ‘prove’ management theory A – and strategist Y uses the same example to make exactly the opposite point tomorrow.

Strategy has often been proclaimed dead. We believe it just lost consciousness for a time. A fresh approach based on real-world microeconomics could be just what is needed to revive the discipline. Strategy is about recognizing the specific circumstances and conditions at hand, and identifying profitable ways to offer customers a deal that’s more attractive than the alternatives. Doing so is a matter of applying rigorous, evidence-based and practical microeconomics, rather than ideology or textbook economics.