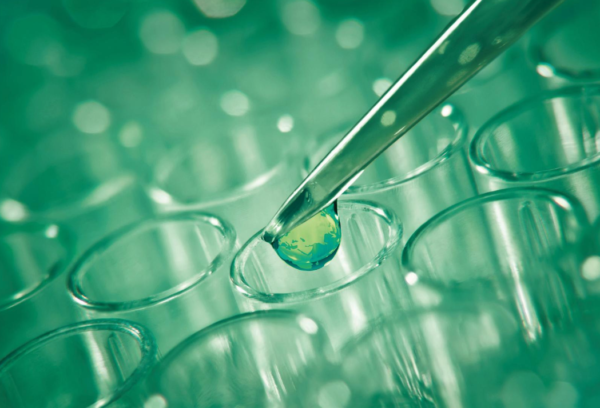 Jeff Bezos, whose penchant for continuous innovation exhausts even the hardiest Amazon employees, sees the world as his laboratory. Following up market firsts with more market firsts, like drones delivering packages to customers within 30 minutes of ordering them, Bezos explains, “Experiments are key to innovation because they rarely turn out as you expect, and you learn so much.”

His lead is rarely followed by other chief executives, whose career success deters them from engaging in experiments. Unfamiliar processes and unpredictable outcomes are avoided by leaders under constant pressure to produce results over short time horizons. This often permeates the organization, encouraging employees at all levels to avoid risk, let alone failure. How can leaders challenge this tendency to stay within the ‘zone of the known’ and instead engage in experiments?

During a five-year study of leaders’ development, we have interviewed 49 chief executives, chief financial officers and board chairmen from large public companies in the UK, Europe and the US, plus 15 HR and chief learning officers, executive search consultants and board effectiveness specialists. We have identified five steps for effective experimentation.

Engaging in experiments requires leaders to challenge assumed ‘best practice’ and to acknowledge that current processes, products, or pathways are imperfect. Yet how often do we see the emergence of workarounds, rather than fresh starts, even when we are in uncharted territory? Perhaps this tendency explains the popularity of the television show Undercover Boss, in which a chief executive, in disguise, toils in rank-and-file positions to experience how employees view their jobs, the organization and its leadership. This helps shatter the confirmation bias whereby we look for information that supports our beliefs and dismiss evidence of new or underappreciated threats. As Jean Thompson, chief executive of Seattle Chocolates, told us: “The minute you think you’ve nailed it and are comfortable [is when things] change. Comfort is your first indication that you need to change; it leads to complacency.”  The failure to challenge assumptions when things are going well becomes even more entrenched in the face of the time pressures, negative emotions, and sheer exhaustion that ensue when external changes demand adaptation for survival.

Being open to diverse ideas and experiences is key. Leaders should ask others for their ideas and listen without judgement or bias. Research shows that those in decision-making roles tend to focus on things that are already familiar to leaders (‘Accelerate your learning’, in The First 90 days in Government, Harvard Business Press, 2009) and evaluate ideas relative to their fit with what the organization is currently doing (Jennifer Deal, ‘Leaders Say They Want More Creativity. But They Really Don’t’, Wall Street Journal, 18 September 2016). Other people can help you overcome your blind spots.

Diverse experiences allow for divergent thinking and can increase innovation. Steve Jobs didn’t expect a college calligraphy class to inspire Apple’s typography, and Jeff Bezos probably never expected that taking apart his grandfather’s Caterpillar tractor would lay the foundation for his later disruptive thinking. Engaging in activities outside your norm – books, hobbies, travel – with an open mind can spark new pathways in your thinking, promoting learning, creativity and innovation.

2 Feel the fear and do it anyway

As a natural response, fear is often healthy. But as it runs along the continuum from paralysing to propelling, it can prompt widely different actions, and, in particular, inaction.

First, pursuing change can make experts, and leaders, worry about others’ perceptions: “If I take the risk and the outcome is good, then I’ll be seen as brilliant; but if the outcome is bad, I was stupid to take that risk.” Sticking with the status quo appears safe and demonstrates to others that the leader sees no cause for worry. Changing course may feel akin to admitting failure. Related to this is the idea of escalation of commitment, or the fixation error: having invested in a course of action, leaders are loath to start all over with a new plan.

Second, change can challenge a leader’s identity. Social scientist Karl Weick investigated firefighter fatalities in wildland fires and found that many could be attributed to firefighters’ unwillingness, or inability, to drop their tools, even when ordered to do so – causing them to be overrun by fire, even yards from safety. As Weick writes: “When tools are clearly tied to identity, these tools can preclude ways of acting.”
(‘Drop your tools’, Journal of Management Education, 2007).

Third, many leaders fear not being in control. The leader knows the current system: it may not be perfect, but they have ‘perfected’ ways to work around it. Changing the system means losing control of how it works.

Fourth, a chief executive may want to avoid conflict, perhaps with the management team, the board, or outside stakeholders, especially in the wake of other conflicts.

Finally, leaders, like everyone, are subject to cognitive biases which usually go unnoticed by those holding them. Even when they are pointed out, we may be loath to challenge our ‘truths’ and accept that we may be wrong. When we avoid learning and integrate mistaken thinking or assumptions into the complexities of daily life, it can endanger the success of our businesses.

Often, the more pressing the immediate problem, the harder it is to see the bigger picture. When a leader is focused on optimizing a manufacturing process, or improving the utilization of store retail space, it is hard to think about reconfiguring the entire manufacturing or retail network. Even these steps may prove insufficient when entire industries are being disrupted, as with Kodak or Nokia.

Leaders can engage in experiments by first mapping their organization’s territory, identifying relevant people or entities and their implications for the organization, and then plotting a course to get from A to B, storyboarding the necessary steps and accounting for requirements, risks, and outcomes of each.

Finding inspiration and validation in others’ successes can also help dispel fear of change, as can reframing the challenge to focus on the longer term. As Thompson says, leaders must ask: “What is the risk of not taking this risk… of being complacent?”

3 Enlist others for support

Once leaders have decided to engage in an experiment, they need the support of others who can provide different points of view and identify potential pitfalls. Leaders can increase buy-in and ownership of the experiment by sharing power over it. Creating an environment where risk-taking is rewarded at least as much as bottom-line results also prepares others to participate in the leaders’ next experiment. At Microsoft, project leaders whose projects fail are typically given a new project to lead, promoting risk-taking and encouraging the application of lessons from failure in the next project.

How many others to involve is less important than what each ‘other’ adds, but in general, the more the better. Tapping into others’ experiences provides greater breadth and depth of learning and support. Plus, by being vulnerable and inviting others into the learning process, a leader can enable their direct reports to help mitigate risks while becoming trusted supporters and advocates, something former Starbucks boss Howard Schultz pointed out to us: “I think it’s important to share with everyone what I’m learning. It’s not an exclusive thing.”

4 Learn throughout the experiment

Focusing on both process and results is key. When leaders collect data throughout the experiment, they are able to update predictions, so they can fail earlier and at lower cost. It is essential for leaders to monitor their own egocentric worldview. Learning requires that one sets out to test what has actually occurred, not to prove an assumption or opinion. As E.D. (Don) Hirsch, founder and chairman of the Core Knowledge Foundation, puts it: “Let the data lead you to your answer, not the other way around… even if it means you discard your hypothesis.”

Gather data regularly to discern trends, and be creative about collecting data – when, how, and from whom. In-person surveys and regular online feedback can be complemented by social media, virtual focus groups and beta testers. Many of these processes can be incentivized to increase response rates.

Leaders also need to create an internal environment that is safe for criticism – indeed, to actively solicit substantive feedback, while being aware of the biases that lead them to negatively judge or dismiss criticism. Feedback is a gift that enables learning.

At the end of an experiment or project, whether a success, a failure, or something in between, it is imperative to identify lessons learned and institutionalize them in business practice. This promotes the habit of learning from experience, increases reflective thinking, and enhances organizational knowledge, all of which affect the bottom line. Without a debrief or after-action review, it’s difficult to know why a change process worked or did not, yet it is often neglected – especially when projects are successful. Olivier Rousseau, CEO of French glass firm Verallia, told us of an enterprise resource planning change ten years ago when he was at Goodyear, involving hundreds of people across Europe. Detailed reports were produced one and five years later, assessing what had been done well, how teams worked, and how problems were solved. They were hugely valuable for subsequent projects.

One reason the debrief is so important is the human tendency to engage in the fundamental attribution error. If a project succeeds, leaders attribute success to their own behaviours and abilities, as opposed to contextual, coincidental, or external factors. Such factors, in leaders’ minds, would more likely ‘explain’ a failure. A debrief helps capture and codify the factors at play, and can lead to valuable changes in procedures, training, or approaches to future projects. Research also suggests that they can improve team cohesion and performance.

Day-to-day pressures and the social norm that leaders act as though they have all the answers can severely constrain leaders’ learning. But as Hrund Rudolfsdóttir, chief executive of Iceland’s Veritas, says: “If you don’t think about this constantly, if you don’t concentrate on it, then you can go through a long time in your job as CEO without actually learning anything.”

The processes of experimentation and learning are as much or more about human behaviour, connection and mutual support than they are about project design and execution. More than anything else in our research, the ability to remain open to learning from and through others – whether via direct feedback, active group debriefings, vicarious observation, or trusted mentor relationships – is essential to leaders’ successful development. Any current or aspiring leader would be well served by asking when they last experimented.

— Suzanne de Janasz is visiting professor of management and conflict resolution, and Maury Peiperl is dean of the School of Business, at George Mason University