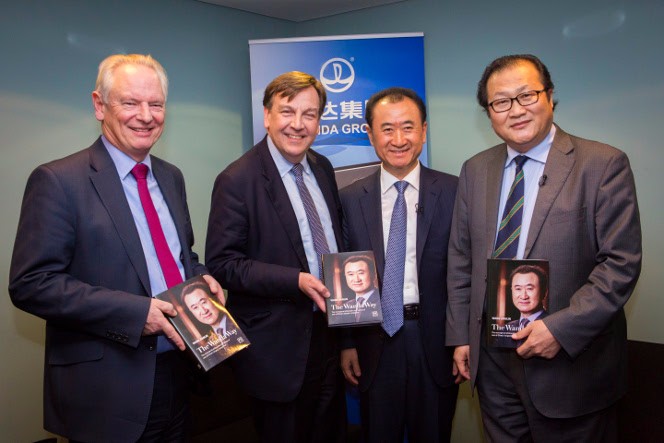 Asia’s richest man, the property and entertainment tycoon Wang Jianlin, has urged British companies to be “bolder” in their dealings with Chinese firms at the English-language launch of his book, The Wanda Way

Speaking exclusively to Dialogue magazine, which is published by The Wanda Way publisher LID Publishing, Mr Wang said British companies had been too conservative when attempting to forge relationships with their Chinese counterparts – and should follow the example of US businesses, which have pushed ahead rapidly with transpacific trade.

“According to my personal observations British companies are conservative compared to US companies,” he told Dialogue editor Ben Walker at the British Museum book launch. “They do not spear ahead and they are not bold enough to do business with China.”

But  Wang struck a positive note – and urged UK firms to seize the day, saying there is no better time to begin trade with China. “We should regard this period of time between the UK and China as Golden Age,” he told Dialogue. “Because of the all the interactions between our top political leaders we see that we have established a good relationship between our two countries and two governments, and we see that the British people are the most friendly among all westerners. So it is a very good opportunity for us to do business.”

The Wanda Way has sold more than 600,000 copies in its native Mandarin. The English version, published in the UK by business books specialist LID Publishing, launched last night to a packed hall of delegates in London.

“I think this is a milestone event, not just for myself, or Wanda Group, but for Chinese companies,” Wang told the selected audience at the launch. “I hope people can get to know Chinese culture and philosophy. A country is strong when its companies are strong. China has begun to export our management philosophies. China exports have shifted from home appliances to cars and machinery, and our high-speed rail technology has been exported abroad.”

Mr Wang’s call was welcomed by culture secretary John Whittingdale, special guest at the launch. “We have much to celebrate in this new golden era of the UK-China relationship,”  Whittingdale said. “China and Britain can work together for our mutual benefit.”

The Wanda Way tells the remarkable story of Mr Wang’s rise from border guard in the People’s Liberation Army to becoming China’s richest man, and the 68th richest person globally. His company, Dalian Wanda, is China’s largest property developer and is the largest cinema operator in the world.

The full interview with Wang Jianlin will be published in the Q3 edition of Dialogue, out 1 June.