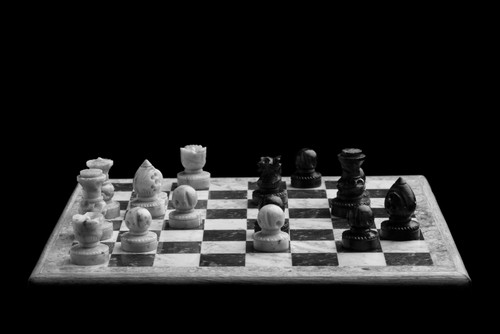 Every organisation has a ‘strategy’ – whether it’s intended, or not

All organisations need a strategy; indeed all organisations have a strategy – though they may not realise it. It may not be explicitly defined or clearly articulated, but the daily decisions and actions of an organisation’s leaders reflect that strategy.

The only question is whether the strategy is intentional or by default.

If it’s intentional, explicit choices have been made on how to realise a strategic intent; if it’s by default, it’s a result of a lack of leadership and a willingness to accept the default future.

The problem with the term ‘strategy’ is that it means different things to different people. To some, it’s how revenue is created, for others it’s how they compete in the marketplace, and for still others, it’s the values by which they operate.

In reality it’s all of these.

If an organisation chooses to stay on its current trajectory, one leading to its default future, it’s also a strategic choice and one that subsequently requires managers to keep the organisation on that trajectory. As opposed to leaders whose role is to change the trajectory.

So why is it more important today that organisations have an intentional strategy? The reason is that we are without question living in an increasingly VUCA (volatile, uncertain, complex and ambiguous) world where extrapolating from the past to predict the future, assuming markets are stable, following the latest trends in management thinking or acquiring a competitor are no longer proven sources of future success – if indeed they ever were. In today’s VUCA world the process of developing strategy needs to be cognizant of the global, exogenous, navigating forces that shape an organisation’s trajectory of strategic opportunity. Examples of which include population dynamics, globalisation and international trade, energy usage and availability, climate change and the internet revolution. These and other forces not only open up strategic opportunities but also close others down. Without question they are continually changing the context within which an organisation operates and, as a consequence, its default future. The classic example is Blockbuster, the once very successful video rental business established in the 1980s. After many years of phenomenal growth, their future changed with the advent of broadband that allowed movies to be streamed directly into people’s homes. The context within which Blockbuster operated changed – and with it their default future. Within a very short period Blockbuster went from being an eight billion dollar business to seeking protection against bankruptcy.

Strategy is important for many reasons; one being that without an intentional strategy it’s impossible to expect people within an organisation to engage, both intellectually and emotionally, in changing the organisation’s trajectory to one taking it to a better future. It’s also important for current and future investors, as without understanding an organisation’s strategy they can only base their investment decisions on past performance.

The term ‘strategy’ maybe over-used, frequently misused and often abused – but its importance has never been as great as it is today.

– Dr David Trafford and Peter Boggis help executives and leadership teams deliver successful change, specifically technology-enabled change. They provide thought leadership and thought partnership on all aspects of assessing, developing and operationalising strategy. They are founding partners of Formicio and authors of Beyond Default (LID Publishing)