Your emotions could cost you dearly 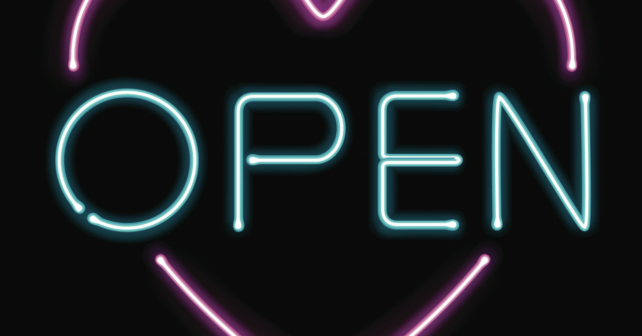 Are we buying products, or emotional highs? Kirsten Levermore investigates

You buy a new car. If you want a reliable vehicle to transport you from A to B that is built to last, you could pay $2,000 and select the first functioning set of wheels you see. This is a rational decision. So why do some car shoppers pay hundreds of thousands of dollars more? What outweighs their rational thinking? What do they think they are buying?

Negotiation psychologist Dr James R Alvarez says: “When hostage takers set a ransom, their valuation of the hostage is based entirely on perception, i.e. what does this person represent?” This same principle applies to spending money on products, brands and services. Superstar consumer psychologist Dr Linda Papadopoulos explains this best with the example of tuition fees. “The value of something – whether the price is ten times, 100 times or 1,000 times that of an equivalent – depends entirely on how the buyer decides to value it,” she says.

“Take university courses – there are a handful of top universities that everyone wants to go to. Is what is taught there significantly different to what’s taught everywhere else? To some extent, yes, but probably not to the extent that would seem to justify the mark-up in the pricing. Yet what that mark-up implies is the projected value that we place on it.” In short, we put a price on a perceived, projected value that is based on nothing. It is entirely irrational. And irrationality is marketing’s best friend.

How does it work?

We have long believed humans are rational creatures who are occasionally emotional. But now, explains Dr Carl Marci, chief neuroscientist at Nielsen Consumer Neuroscience, we know that in fact the opposite is true: we humans are emotional creatures, who are occasionally rational. We are taught in school that we make decisions with our brain. The truth, however, is that we actually have three brains, all interacting, arguing and agreeing, feeding our thought process. A ‘reptilian’ or ‘dinosaur’ brain, speaks on behalf of our basic instincts and self-preservation; an ‘emotional’ or ‘mammalian’ brain, representing the emotions that make us love, hate, prefer and dislike; and a ‘rational’ brain which, separating humans from most other species, grants us a voice of logic and reasoning.

With the development of equipment that can measure brain activity, heart rate and eye-tracking, we can now begin to ‘see’ our three brains debate potential purchases. And, more specifically, which brain dominates those decisions.

“There are many techniques that indicate a consumer’s thought process when deciding whether or not to buy something; and what most of them show is that the emotional brain is critical,” Marci says.

Good marketers are already hard at work on engaging our emotions, says Javier Sanchez Lamelas, founder and chief executive of Top Line Marketing. “Marketing exerts its greatest influence when it engages our emotional brain,” he says. “When we consider the question of buying a watch, for example, luxury watch manufacturers do not talk about ‘superior accuracy’ – they talk about characteristics that have nothing to do with watches… human quests, achievements or even legacy.”

Many campaigns aim to touch either those parts of the emotional brain that make you scared of missing out on an opportunity, or to reach the pleasure centres of the brain, attempting to stimulate a feeling of arousal, excitement and happiness when you consider their pitch. Neither, Marci stresses, is the only strategy.

“A campaign with a strong narrative is a better guarantee of sale than attempting to stimulate any one specific emotion. This is because you cannot truly predict how a consumer might react, or how strongly their emotion may be stirred. But, with a truly engaging narrative, the brain cannot discern between whether it is being engaged by an advert or by another person,” he says.

“Human minds are wired to hear and engage in stories. There are many studies that show if someone is told facts in an indirect manner, such as through a fairy tale, they are much more likely to remember them. With regards to marketing, specifically, if you tell compelling stories that take people on a journey, a story of adversity in which there is some kind of payoff, and you can cast your brand, product or service as part of the payoff, you turn something that is an advert (that no one really wants to listen to) into a piece of relevant, engaging information, leading to higher purchases and possibly brand loyalty. This happens because making connections is an incredibly sophisticated function of the brain… and yet the brain can’t really distinguish the source of the feelings – so, connections with adverts are made with the same emotional apparatus,” Dr Marci explains. So, when we ‘fall in love’ with a brand, service or product, we might as well be falling in love with a person.

Will fear and sex always sell?

“Despite the bombardment of emotional brain-targeted marketing, I doubt consumers will feel any permanent effects – emotions are part of our intrinsic, evolved strategy to survive, thus we won’t become desensitised or permanently ignore them,” says Marci. “What I do think, however, is that the current generation and subsequent ones will be much more savvy about marketing in the future.”

Executive chairman of The Value Engineers and marketing author Giles Lury believes these people won’t be overly weary of emotional marketing: “People today are not just media literate – they are marketing literate, too. They can, and do, spot your strategy. But that doesn’t mean if it’s done well and at the right time, they won’t still go for it. It’s like going to an action-packed blockbuster – you know what’s going to happen, but you still go and see the movie.”

As for emotional trigger point vs narrative strategies? Lury believes they have their place: “Good emotional targeting can sell something, storytelling can sell something; but do them both and the effect is multiplied. Sex will still sell, it’s just that it works best when targeted at the right time for your audience, and happens in the context of an appealing narrative.”

Marketers can often be seen as cruel, manipulating our emotions and making us spend money. But marketing allows us to elevate a purchase to a place of new importance. Why shouldn’t we take pride in driving our first car, or think of home when we buy gourmet baked goods? Suddenly a humble – or not so humble – purchase can bring an entirely new meaning or sense of purpose into our lives.

“And,” Sanchez Lamelas adds, “people are willing to pay a premium for emotions.”