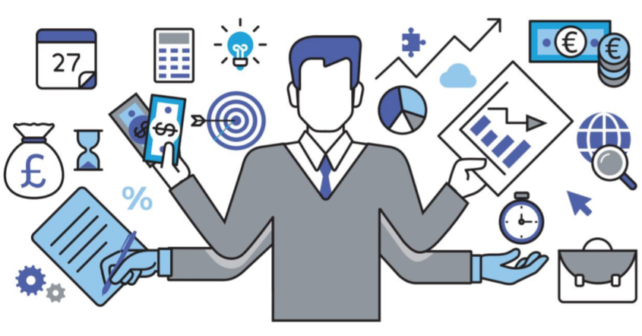 Companies at the cutting edge are selling programmes, not things, writes Antonio Nieto-Rodriguez

In the beginning, companies sold products. And then they sold services. In recent years, the fashionable suggestion has been that companies sell solutions, solving the needs and aspirations of customers.

Companies, indeed, do all of these things. But, increasingly, what companies sell are projects.

Take Philips, the Dutch landmark company founded in Eindhoven in 1891 by Gerard Philips and his father Frederik with the production of carbon-filament lamps.

Despite being a cash-rich company, Philips has been blamed, for several decades, for its lack of innovation culture. Five years ago, to address this problem, and to deal with the fierce competition, Philips’ board of directors decided to split the organization in three different companies:

The strategic programme was named Accelerate. It aimed to transform each new independent company into a focused organization and accelerate growth.

Two of the most disruptive changes introduced by the Accelerate programme are:

Over the years Philips had become an intricate blurred matrix; sharing accountabilities and responsibilities between products, segments, countries, regions, functions and headquarters. To simplify, Philips Health Tech has been divided into just three segments. At the same time, it has increased considerably the work executed through projects, which is the best management structure to break up silos and work as a team transversally – end-to-end – in an organization.

One of the biggest challenges companies face is that their product life-expectancy is becoming ever shorter. Very soon after launch, products are copied by the competition, produced and priced more cheaply. Soon after that, they become a commodity and remove any chance for long-term steady high margins. Philips Health Tech has experienced this trend even with its high-end healthcare products. It has therefore decided to move to sell ‘projects’. For example, it is selling a new healthcare centre to public authorities. Philips will provide its high-tech medical devices (that has not changed), but will also be involved from the beginning of the project until the end, as well as in the running and the maintenance of the new facility.

The shift to becoming a project-driven organization presents sizeable challenges to corporations. Working in projects throughout my career, I have identified multiple challenges. Here are the key ones:

New pricing models will need to be developed. It’s easier to price a product, for which most fixed and variable costs are known, than a project, which is influenced by external factors.

The main revenue driver moves from the selling of products, to income generated by implementation and maintenance.

Quality control measures on the product will not be enough to meet customer expectations. Implementation and post-implementation services will also have to be top quality to ensure that clients repeat-buy projects.

Traditional marketing has focused on short-term immediate benefits. Marketing teams will need to promote the long-term benefits of the projects sold by the organization.

The buyer of the project will no longer be the procurement department of an organization; sales will be pitched to leaders of the business; therefore the sales force and sales skills will have to be upgraded with strategy and project management competencies.

Philips is not alone in steady, yet unnoticed, disruptive transformation. Other leading companies, such as Microsoft, Nike, Western Union and many others, are moving fast into becoming focused and project-driven organizations.

Imagine for a moment that Nike, instead of selling running shoes, shifted its focus to selling projects to meet individual aspirations – for example, running the New York City Marathon. Nike could provide you with its traditional sportswear. But it could also include a training programme, a dietary plan, a coach and a monitoring system to help you achieve your dream. And that is just one type of project. More so than products, the possibilities with projects are endless. In a few years time, Nike’s slogan could very well change from ‘Just Do It’ to ‘Together We’ll Do It’.

The time has come for selling projects – don’t wait too long, or think too much: ‘projectize’ now!

— Antonio Nieto-Rodriguez is one of the world’s thought-leaders in the area of project management and strategy implementation. He is the winner of Thinkers50 Ideas into Practice Award 2017