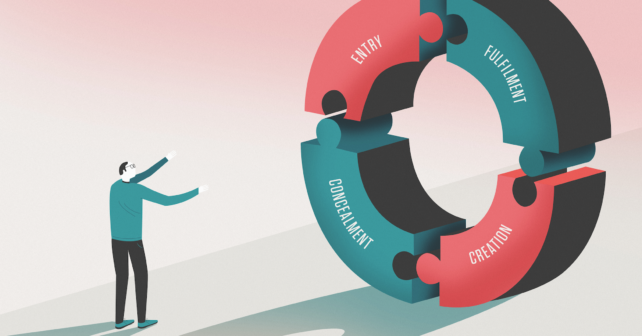 Peter Drucker knew how to build a business, writes William A Cohen

Peter Drucker was the father of modern management – and a high-priced consultant to major corporations, billing as much as $10,000 for a few hours’ work. Yet he made millions for businesses, so was worth every penny.

Drucker was quite different from other consultants. He applied four unique strategies to build his own career as well as his clients’ organizations. They are not mutually exclusive, and more than one can be used at the same time.

Dominance of a new market, new industries or unserved markets 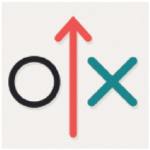 The basic idea here is very simple. You enter and dominate a market or industry before anybody else does. While an unserved market is not new, serving it properly might be.

While during work for General Motors (GM) and writing Concept of the Corporation, Drucker discovered that management was considered almost an accidental activity. You could be in finance, accounting, personnel, production, sales, and so forth, but there was no department of management. When Drucker went to a bookstore to buy books on management that could help him with this early study, the shelves, unlike today, bore only a couple of volumes. Drucker set out to fill that unfilled need. After several years of study, practice and writing, he dominated the market for books about management. He reasoned that – to dominate the market – his books had to supply something that was missing. His books essentially established the field of modern management. He developed a market that was not being served effectively.

Creating a new market by supplying something that is missing

Drucker thought that there were two basic ways to supply the missing ingredient. 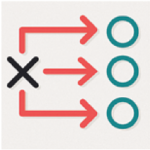 He asked two questions of Jack Welch (whom Fortune named ‘manager of the century’ in 1999) shortly after Welch became chief executive of General Electric (GE). “Are there businesses GE would not be involved in if you could do something – and if so, what are you going to do about it?”

Drucker told his students that, rather than bring his knowledge and experience to consulting assignments, he brought his ignorance. He charged as much as $10,000 a day for this ‘ignorance’.

Steve Jobs of Apple recognized the need for the home computer and used the first strategy successfully. But the IBM empire struck back. It developed a computer operating system and a computer that became the standard in the industry. IBM’s computer was not a technological breakthrough. What IBM did do was create a reliable machine that worked well, and capitalized on the IBM name and distribution system. Most importantly, it allowed anyone to write software for its system, something Apple didn’t allow for its computers. With this strategy, IBM took over leadership of the market within two years. So, supplying the missing ingredient works – but so does creative imitation.

Finding and occupying a specialized niche 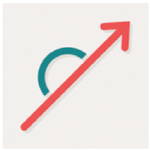 Drucker called the third strategy ‘occupying a specialized ecological niche’. According to Drucker, this can make a marketer immune from competition altogether –because the whole point is to be inconspicuous, or to be in a market of what appears to be limited potential, so that no one else is likely to compete until it’s too late.

Drucker saw three distinct ways for implementing this approach. First, he suggested gaining a tollgate position. In other words, you control an essential piece of something needed by competitors, such that would-be competitors cannot do business without your product or service. Sierra Engineering did this by being the only company that could manufacture a unique valve for aviators’ oxygen breathing-masks. If you wanted to sell oxygen breathing-masks, you needed that valve.

The other two ways to occupy a specialized ecological niche is to either have a specialty skill, or to work in a specialty market. Life is so specialized today, it is not difficult to acquire a specialty in which few can compete in a specific market. Once a chiropractor was a chiropractor, just as a doctor of medicine was a doctor of medicine. Today’s professions are more niche and precise. For example, if you want a board-certified upper cervical chiropractor, there are fewer than 100 such individuals in the world.

Changing the financial characteristics of the situation

There are four ways of implementing this strategy, all having the ultimate objective of creating a customer. These are:

The ice cream cone might fall into this category, although stories abound as to who first came up with the idea. The first patent was issued in 1903 to an Italian immigrant called Italo Marchioni. Marchioni conceived the idea as early as 1896 to solve the problem of his customers breaking or walking off accidentally with the glassware that he had used to hold their ice-cream. He increased satisfaction by enabling them to eat the container. The number of ways to increase satisfaction are infinite. The US Post Office Department made it easier to ship packages by providing free boxes for priority shipping, and convenience to the shipper by charging a flat-rate price according to box size instead of weight. They encapsulated this in the slogan, “If it fits, it ships” – and dramatically increased sales.

Changing how something is priced

A price change works. Drucker said that pricing should be done in accordance with the needs of the customer and what the customer buys, not what the supplier sells.

Who would have thought that cameras would essentially be given to the customer along with the film? The customer really wants the photos. And so, customers today can buy a throwaway camera, film, and developed photos at an economical price.

With the advent of digital cameras and cameras built into mobile phones, there is no need for separate photo storage. Of course, pricing is used to encourage glossies, CDs, or imprinting your photos on cards, coffee mugs or other items. The pricing has changed from what the seller provides – camera, film, developing and the like – to what the buyer really wants. That’s the key to this strategy.

Adapting to the customer’s social and economic reality

Some marketers speak of the ‘irrational customer’. Drucker said that there was no such thing. He stated that the marketer should assume that the customer is always rational, even though this reality may be far different from the marketer’s.

Mary Kay Ash, the famed founder of cosmetics giant Mary Kay, told the story about buying her first new car on her birthday. She bought a different car to the one she wanted because a salesman from another dealership was more courteous and helpful. Why do potential customers sometimes buy the most expensive product? In their reality it is always the best product. And it is the customer’s reality that counts.

True value, like quality, is up to the customer, not the marketer. This is critical because customers, or organizational buyers, don’t purchase a product or service. They purchase satisfaction of a want or need. This means it is their value.

Some companies spend millions providing additions that they think represent more value and are appreciated by the customer. Unfortunately, the customer may not think that these represent value. To a teenage girl, value might be defined primarily by fashion. Comfort might come a poor second. To the same teenage girl’s mother, value may be represented by durability. To her father, value might be defined by price. Drucker knew that each customer has their own reality. That’s why it’s so important to do the market research.

— This article is adapted from the book Peter Drucker’s Way to the Top by William A Cohen (LID, 2018)