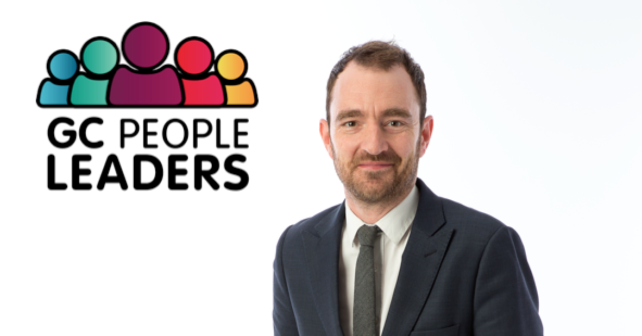 In this instalment of The GC People Leader Series, we meet LID Business Media’s Head of Media, Ben Walker

Award-winning multimedia head Ben Walker still describes himself first and foremost as a journalist. Working his way through the ranks of cub reporter to editor before settling into his current role of Head of Media at global publisher and communications agency LID Business Media, Ben has spent twenty years harnessing sharp editorial skills and quick-witted conversation to attribute his name to a half-dozen expert creative teams and a portfolio of renowned journals and magazines including Dialogue.

Ben’s greatest challenge has come in the last twelve months as LID Business Media’s Media department globalised and expanded to include three remote editorial teams working across major accounts on two continents. Taking on the mantle of global leadership and a more strategic role means Ben uses his GC Index profile to develop the skills and attitude required by the new tasks and responsibilities he faces. 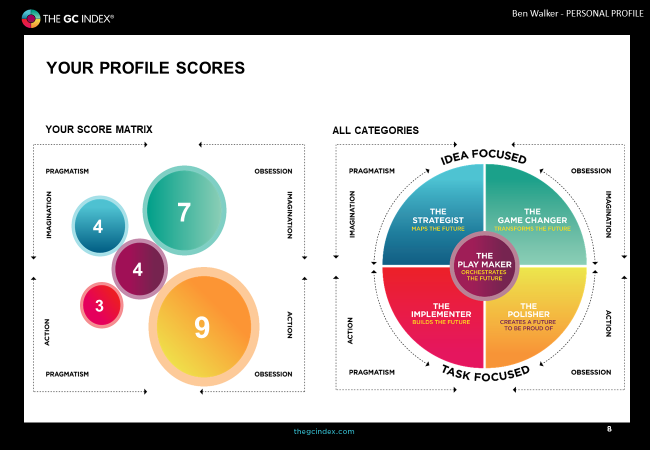 Ben, what does your GC Index profile tell us about what underpins your success?

You often get these profiling tests back and quite often your initial reaction is “This isn’t me!”. When I read my GC Index profile I thought yes, that is me, a very accurate portrait of the good and bad points about me.

My industry is dependent upon high quality, so the Polisher role is very powerful. The difference between being great and being average is quite a wide gap in terms of effort, expertise and the talent that you need to bring in to your organisation. I’ve applied the Polisher in me to the work that I do but also to my expectation of others. In my editors, I look for people who are naturally inclined to polish to their very best, above and beyond what their boss or their client asks of them. For their own wellbeing and professional pride they want to make sure their work is absolutely brilliant.

What skills have you had to develop along the way to make the most of your proclivities?

Definitely in my current role at LID Business Media. It’s a very interesting and exciting organisation to work for. LID has a great global network of expertise that other agencies don’t have. To change the game we had to really focus on those strengths and leverage them to offer something to our clients other agencies can’t offer. Our competitors can offer all the creative talent in the world, but they very rarely have access to the expertise we have. Changing the game is to come in and say “look at our strengths here’s how we are going to leverage them to help our customers and partners”.

Freedom and autonomy are important to me as a Game Changer. I’m charged at looking at the landscape to work out where the opportunities are and how you bring that benefit forwards. As a Game Changer this suits me rather than having everything laid down on what I should do. It’s down to me to work out how to get where we want to go.

At what point in your career have you felt most ‘in tune’ with your proclivities?

Well isn’t growing up generally about realising that not everybody is the same as you? I think that is an important lesson you must learn – that others have proclivities in other areas which you can draw out and use in fantastic ways.

The interesting thing about The GC Index is that it isn’t saying what your skills are, it’s saying what your proclivities are. Some people won’t have the same proclivities as me, driving to make sure that work is perfect. But they can still learn it – so it’s about making the case that it is important and equally it’s about hearing from others why their case is important.

I liken it to the A-Level exam (UK School exam) guidance I received. “You’ve got an hour and a half to complete these three sections of your exam that are worth 33.3% of your total result. So, if you spend 50% of the exam on a section that is worth 33% you are going to lose some of the marks”. Polishers must learn to divide your time fairly for where it adds most value. We must learn to become disciplined in allocating your time to maximise the benefit whatever your proclivity.

When in your career have you felt your role was least ‘in tune’ with your proclivities?

There was a role I had early in my career where I was effectively appointed as a troubleshooter-cum-firefighter. I fitted the role, but the role didn’t fit me as I didn’t enjoy it. The reason I didn’t enjoy it was that I was bringing something suboptimal up to a level of competence rather than bringing something that was good up to great. That’s not good for a Polisher! I did that and fulfilled it, but it was a lot of effort and required daily firefighting just to get it to what I considered ‘ok’.

After about a year I think I decided it was time to go and do something else – I was drained by the role rather than energised by it. Ironically, the people around me and the publication were pleased with what I had done and a few weeks after I left the organisation I was contacted and told that we had won a major industry award. This gave me a lot of retrospective satisfaction.

This, to me, summed up the Polisher’s anxiety in me, that feeling of it not being good enough, not being the best it could be. When you’re in the thick of it you can’t necessarily see how good it is. But then you win an award!

Who do you like to have around you, people who complement your proclivities and get the best from you?

You can’t do everything on your own, so I have learnt to put the right people in the right place. I think that point is hugely underplayed – everyone talks a lot about finding talent but it’s equally vital to ensure that you put that talent in the right role. That has been a great joy to me. Being able to find the right people and then bring them into LID and mould the role to them to help them thrive.

When you are in a technical role like ‘editor’, you don’t necessarily think you’re going to enjoy that building process, taking a step back, finding and allocating and using your Polisher proclivity to perfect the way you’re organising things. The success is seeing clients who are absolutely delighted with the editors that you’ve found them and allowed the latitude to edit in the way they want to edit; it’s a great pleasure and a real joy. But in this process, you must learn to step back and allow the editors to do their role. I keep myself in check by asking the question “When I was an editor how would I have responded to somebody interfering in what I am doing?” and straight away I know the answer. You can suggest, you can influence – but you cannot tell.

As leaders, Polishers and Game Changers have to balance excitement and anxiety: on the one side, we are really excited about ideas which is really engaging…but on the other hand, we have those underpinning anxieties that the work won’t be good enough or succeed, and that creates anxiety around the team. So finding the anchor to step back and not bring that anxiety into the team is crucial. The anxiety never goes away – but you try your best to convert it into a positive, and direct it to the right areas.