Go beyond celebrating the women in marketing 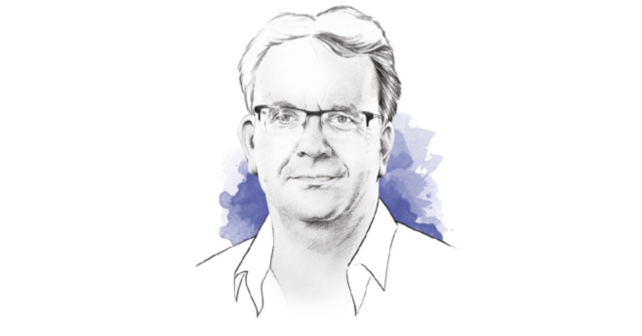 Marketing is an industry in which women excel and have done so for decades. Yet if you were to ask people in the industry who were the leading all-time marketers, you would most likely hear the names of Lord Leverhulme, Charles Revson and Steve Jobs. Asked about marketing books, many would cite those by Al Ries and Jack Trout, Philip Kotler and Byron Sharp. In advertising and design, the names might be Bill Bernbach, David Ogilvy, Wally Olins and John Hegarty.

Obviously, these ‘Masters of Marketing’ are all men. Where are the female icons and role models? Tempting as it is to take my fellow marketers to task, I should first assess my own experience and actions.

I am a brand consultant by trade, but I’m also an author. Most of my books are collections of brand stories. Looking back recently over the 250 stories I’ve published, I was shocked and shamed to discover that the lead protagonist is a woman in only 15-20%.

It’s time to right that wrong. My next book will be dedicated to the ‘Wonder Women’ of marketing – the women that invented, nurtured, built and rebuilt the brands we know and love today. I’m co-authoring it with Katy Mousinho, a brilliant researcher and brand consultant, and together, we have been interviewing numerous wonder women working across the industry today.

Their stories and achievements are simply inspiring, but we’ve also heard jaw-dropping tales of discrimination and sexism. Brownie Wise, who transformed Tupperware, joined the company because she overheard managers at her previous company saying she would never gain access to the executive floor.

Mary Wells Lawrence was instrumental in building Tinker and Partners, but when she asked to be made president, she was told she could have the power but not the title. She left and co-founded Wells, Rich, Greene.

Despite the horror stories, our interviews also threw up many positive themes. While our interviewees rejected stereotypes, most argued that women bring some distinct traits to marketing.

First, women often show more empathy and are more open to their feelings. A woman’s intuition is something to be cherished, not ridiculed: marketing isn’t an exact science. They often have an instinctive understanding of domestic decisions, too. While things are getting better, many interviewees admitted doing more shopping, cooking and caring for children than their male partners.

Another theme was the ability of women to build and grow teams, rooted in a willingness to listen and a genuine interest in their colleagues. Many took particular pride in their track record of developing others.

We also heard that women work exceptionally hard: “A woman’s work is never done,” as the old proverb has it. They are committed, conscientious, and don’t like letting others down. This is true of many men, of course, but they were seen as being more single-minded; women tend to be better at multi-tasking.

Women still face major issues: the lack of female role models; shoddy treatment around pregnancy, like companies taking women back in lower roles than they held previously; and day-to-day sexism. We heard many stories of women’s ideas being ignored, only to be embraced when repeated by male colleagues.

So should the future be feminine? No, said our interviewees. Their preference is for a better mix of feminine and masculine – and they were optimistic about the future. I hope that putting these wonder women in the spotlight helps. After that, it’s on all of us to make a more equal future a reality.

— Giles Lury is a director at The Value Engineers. His new book Wonder Women, co-authored with Katy Mousinho, will be published in autumn 2020 by LID Publishing