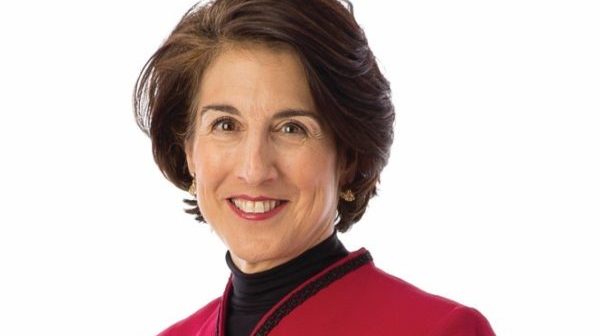 Silicon Valley is shaken. Don’t be distracted by the confidence with which Big Tech representatives have been testifying to Congress about Russian influence in the US electoral process. Nor by the latest top tech results. The breeze of change is turning into a proper wind, and it will do more than just ruffle the feathers of Big Tech.

Big Tech believes its own story, best exemplified by the Google founders’ mantra: “Don’t be evil.” It subscribes to a quasi-religious faith that its products make consumers’ lives better at no cost; that it creates wealth for the many who invest in its equity; and that when founders cash out they spend it on philanthropy to solve the world’s major problems. But there is another story: that Big Tech has abused its dominant positions and uses its monstrous cash piles to buy up any competitors, thus denying choice to consumers. That its disruption of sectors like retail leads to ever increasing job losses. That their platforms are useful mechanisms for evil-doers to up-end our political processes. That they are gathering so much information on each of us that George Orwell’s Big Brother in his novel 1984 looks like a rank amateur.

The Big Tech boom was largely untroubled by traditional checks and balances, such was its novelty and the rapidity of its expansion. But the world is catching up with its modus operandi, and adjusting accordingly. Here are four indicators of how the tide is turning…

Despite Big Tech giving equity holders returns of unparalleled juiciness, they are stirring, and discovering they have clout. Note the ousting of Uber chief executive Travis Kalanick by shareholders on the back of various scandals. Meanwhile, Mark Zuckerberg’s plan to reclassify some shares to retain control of the listed company, resulting in an estimated loss of $10 billion for public shareholders, was stopped by a lawsuit led by a Swedish national pension fund. As tax, regulation and a government backlash chip away at Big Tech’s returns, its vulnerability to shareholder activism will rise.

The tech companies are losing the battle because they have abused the system. Indebted governments in the developed world need funds, and there is a limit to how far taxes can be raised on hard-pressed voters. Big Tech has not just broken the spirit of the law, it has smashed it to pieces, thus the PR battle is lost.

The European Commission has been a leader in tackling the issue. Amazon has been ordered to pay about €250 million for back taxes in Luxembourg after benefiting from illegal state aid, while Ireland is being forced to collect €13 billion in taxes owed by Apple. Across the Atlantic, the tax reform package touted by the US government would see tech giants repatriate a portion of their funds currently stashed overseas. Apple, for instance, holds 94% (or $231 billion) of its cash overseas.

There is movement on both sides of the Atlantic. Recently, a bipartisan group in Congress proposed the Honest Ads Act, which would make online political advertising subject to the same rules of disclosure as those on television, print and radio. Meanwhile, Germany has passed the Network Enforcement Law which imposes steep fines (€5-50 million) on platform companies if they don’t remove hate and other detrimental speech within 24 hours.

Governments are expending huge effort to tackle economic inequality. Once they and the media understand Big Tech’s contribution to it, there is bound to be legislation. In a pioneering study, Professor Beverley Skeggs at the London School of Economics used software to track the trackers, mainly Facebook, and analyse the use of data. Skeggs discovered that the poor are sold to advertisers – they are peddled debt, predatory lending and scams. Governments will need to respond. Big Tech would make a convenient – and justified – target.