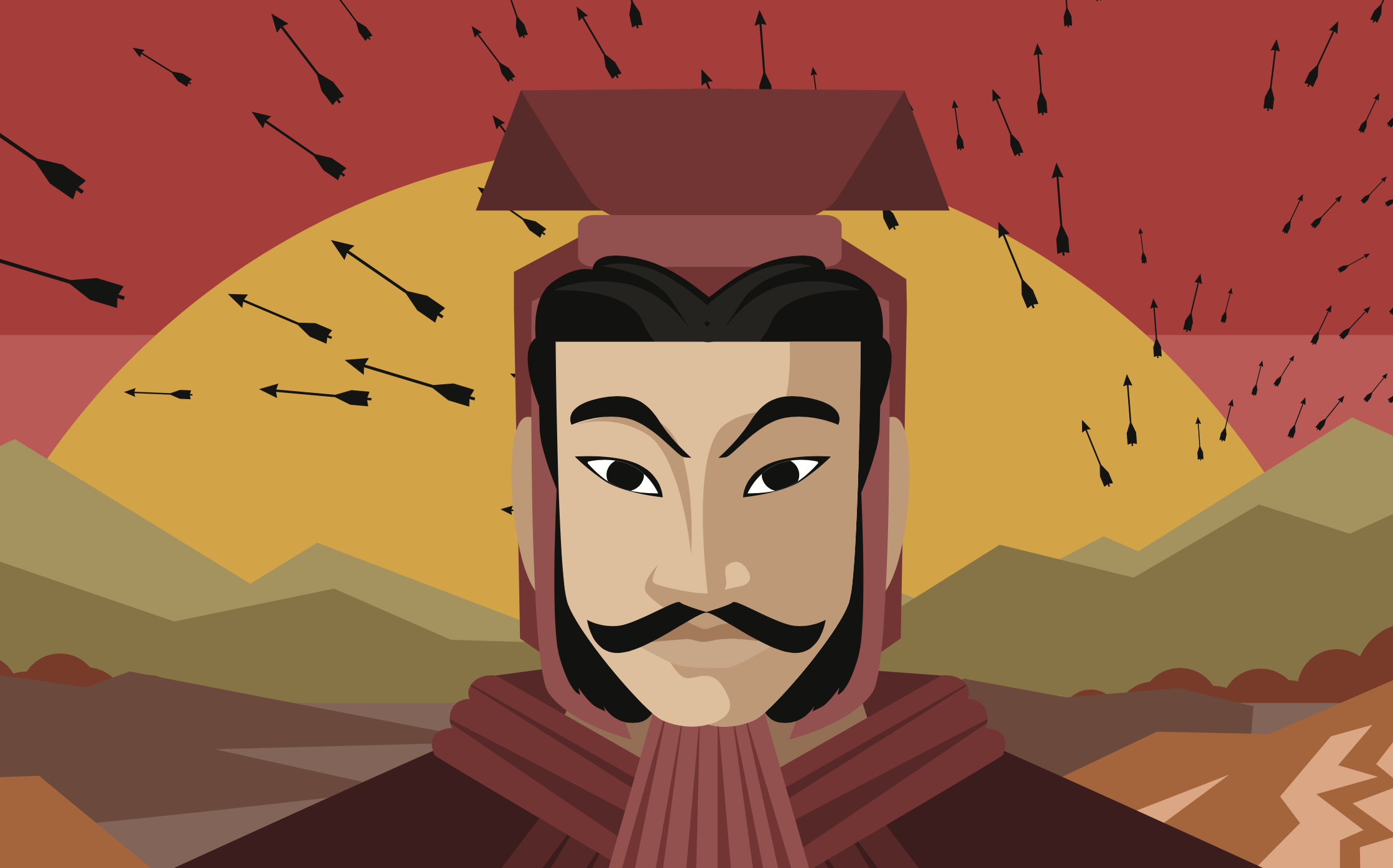 Sun Tzu identified five dangerous flaws in a general’s character. Succumbing to these faults could turn otherwise successful military leaders into failures. The best strategy in the world can be fatally undermined by an unhelpful personal trait. Sun Tzu observed these deadly flaws on the field of battle. Yet, like so much in his classic text The Art of War, it is helpful today to isolate them – and root them out – in business.

Military leaders who try to advance at every opportunity are rarely effective, Sun Tzu discovered. Those that perceive most situations as cause for conflict will lead their armies to destruction. The same lesson applies to business.
Some risk is inevitable and necessary, yet gung ho attitudes expose businesses to dangers they might otherwise avoid. Moreover, a high-risk approach to business leadership increases one’s reliance on luck and reduces the effectiveness of planning and strategy.

Recklessness is often born of leaders trying to outflank the opposition and get ahead of the market. A bull market can be more perilous than a receding one. The 2008 financial crisis was triggered by bankers offering ever riskier home loans to ride the rising wave. Sun Tzu warns against overconfidence: leaders can destroy everything in a single decision.

Leaders who are unable to make good decisions create doubt and fear among their team and followers, which will cause confusion and unrest. Indeed, recklessness can present as inertia: in certain situations, it is reckless to do nothing at all.

Sun Tzu warns that generals who always avoid fighting end up being cornered and captured, because the enemy will find a way to chase them into a trap.
In business, it is too easy to become a prisoner-of-war. Being reluctant to tackle difficult issues, avoiding confrontation or failing to broach taboo topics is a route to mental incarceration. While recklessness is to be avoided, taking calculated and timely risks is an essential part of modern business leadership. Leaders must embrace that reality.

Cowardice gives your competitors a clear opening into your market. The risk-averse fail to experiment and innovate. Cowardice restricts your ability to experiment with trends that may lead to the emergence of products and services that redefine and disrupt the market. The legacy banks were slow to act on the digital revolution, conceding high-margin space to fintechs.

Weak leaders are also indecisive. Many suffer from analysis paralysis. Too much data and information can militate against decision-making. If a leader fears making decisions they can be reduced to inaction and fail to capitalize on opportunities to make gains or limit damage.

Sun Tzu warns that a short-tempered general is easily countered. When their fuse is lit, they rapidly lose reason. In business, tempestuous leaders fail to contain their anger, and are unable to channel it into gainful acts. They tend to overreact and show their hand prematurely. They make bad decisions when provoked by insults or criticism. Business leaders must control their temperament.

Highly emotional leaders are vulnerable to being controlled by people who know their weakness. They often ignore constructive and objective feedback and advice. They also faceblosing important allies among their superiors and subordinates.

A leader with a controlled temper and a high emotional quotient (EQ) will command greater respect and support from their team, which increases the chances of success.

Sun Tzu warned that generals with excessive self-esteem and a desire to preserve their noble reputation at all costs are easily manipulated through character assassination and slander. It is good to strive to be honourable. Yet many people – especially leaders who enjoy the limelight – can overvalue their honour and allow it to become pride. Sun Tzu discovered many generals would make rash decisions, choosing to fight when outmanned and outflanked, because they were fearful of being cast by their peers as weak.

If a business leader allows the impression of others to hold too much sway over their decision-making, they risk making weak or even disastrous choices. Leaders that are precious, too fond of their own reputation, and who are unable to tolerate being bad-mouthed will ignore serious risks. This makes it very easy for their opponents and competitors to fool them into unwise acts.

Sun Tzu taught that caring for your soldiers is a good thing – unless it is taken to extremes. Excessive fear for the safety of their men could lead generals to unwise strategic decisions. It is difficult for an overly compassionate leader to instil discipline in his teams – because the leader will be reluctant to correct mistakes or challenge misbehaviour.

Underperformance cannot be tolerated for long. Low performance from an employee indicates a lack of interest in the company’s goal – or simply a lack of ability. This misalignment indicates that the employee is more suitable elsewhere.
Leaders must learn that there is a point where care for their team or employees can become dangerous for the rest of the group – and the goals that they are trying to achieve.