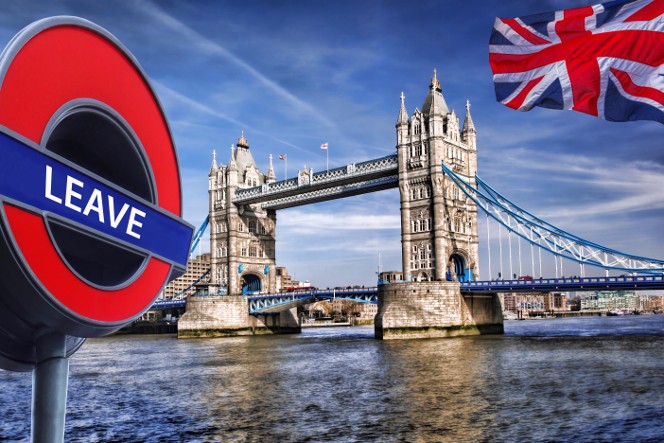 Good news for the young people of Britain and the members of the business community who voted against leaving the EU: there is a big chance that, as things stand today, the Brexit project will not succeed, writes Antonio Nieto-Rodriguez

Over the past 15 years I have analyzed thousands of projects that failed: large -small, business-political, strategic-operational; programmes and portfolios of projects. One thing came across very clearly in my research: all the projects that didn’t deliver their expected outcomes were missing at least three of nine characteristics of good project management practices that I identified.

Brexit misses at least five, so the chances of failure are gigantic. And unless Theresa May, the new Conservative leader and newly appointed UK prime minister, addresses all of these weaknesses quickly, the chances for success will get slimmer and slimmer.

1. Compelling rationale => There are two main reasons why we invest resources (time and effort) in a project: either to solve a problem, or to capture an opportunity. The main motivation for the people who voted to leave the EU was emotional. They were rebelling against the bureaucrats in Brussels, the refugees, the huge amount of money that they thought the UK would save and so on. The rationale will be far less compelling when they realize that most of the benefits they voted for were an illusion.

2. Strong charismatic sponsor => Probably the single most important characteristic of a successful transformation project is having a strong, engaged, and charismatic sponsor. In the US, for example, President Obama was able to pass the Patient Protection and Affordable Care Act in 2010 despite trenchant opposition from the Republican party.

The two people I thought might lead the Brexit – Boris Johnson and Nigel Farage – have run far away. Is Theresa May going to be the project sponsor now? Does she have the experience of leading large transformation projects in the UK? I don’t think so. Is she charismatic enough? I don’t think so either. Does she believe in the Brexit? Obviously not, as we know she was more inclined toward the ‘remain’ during the referendum.

3. Buy-in from key stakeholders => The most successful projects occur when all, or at least most, of the key stakeholders (i.e. people impacted by the project who have influence) are in favor of the change. Even better is when they support the project. During the London Olympics, for example, virtually the entire country was behind the project throughout. There was huge support during the bidding, during the construction and during the celebration of the games.

In project management there is a maxim: ‘there is always one stakeholder who will be happy if your project fails’. Well, with Brexit, half the country appears against the change, and many will do all they can do to make the project fail.

4. Clarity of scope => The scope defines what the project will look like when delivered. The more we know about this at the beginning of the project, the better we can estimate the duration, cost and skills needed to produce the desired outcome. The opposite also applies: the more uncertainty there is about the scope, the more difficult it is to have an accurate plan.

The Brexit project is unique. It has never been done before. Therefore no one really knows what it entails. I am afraid that not even the most outspoken people in favor of the exit had a clue about the complexity of the separation. Defining the scope of the Brexit will be a painful task that will take months and maybe years. The longer a project takes, the higher the chances of failure.

5. Precise finish line => Projects that start with a clear and undisputed deadline have a higher chance of success. Starting without a finish line can make a project drag on for months and even years. There are lots of examples of projects that set ambitious deadlines to achieve unthinkable results. One of the best is during the Cold War years, when John F. Kennedy set the bold goal of “putting the first man on the Moon by end of the 60s”. Those words drove an entire nation to accomplish a project that would have never been possible without that insane finish line.

Deadlines in project management are used to focus the team, increase their attention towards the end goal, and of course, to put pressure on them to perform at their best. Deadlines stick in peoples’ mind. Every British citizen knew the date of the referendum, 23 June 2016. Yet, nobody seems to have a clue when the Brexit project will finish. Even worse, they even don’t know when it will start.

In project management terms, an activity, which has neither a beginning nor an end, cannot be considered a project. The Brexit project has yet to be defined, and until it is we are still talking about business-as-usual.

Antonio Nieto-Rodriguez (antonionietorodriguez.com) is a leading champion of project management. He is director of the Program Management Office at GlaxoSmithKline Vaccines and chair of the Project Management Institute. He is author of the bestselling book The Focused Organization; has taught at leading business schools (including Duke CE, Solvay, Skolkovo, Vlerick and IE Business School); and is a much in demand speaker at events worldwide.