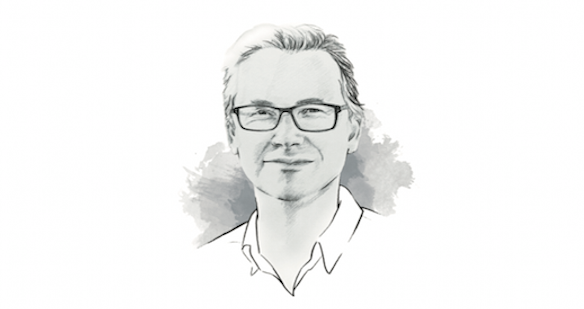 Leaders need to grasp the fundamentals of project management

Antonio Nieto-Rodriguez, author of The Project Revolution: How to Succeed in a Project Driven World, claims that we are carrying out more projects today than ever before. A revolution is under way: projects are “on the march”, across the workplace, education, and government. Well, perhaps. Nieto-Rodriguez accepts that project management as a discipline is over-engineered and relegated to managers who seldom make it to the top. Yet top leaders, across industry and government, clearly need to understand the fundamentals of project management if they’re to avoid costly financial overruns, delays or even complete project failures.

Takeovers and mergers often struggle to realize their anticipated benefits due to poor project management, as with the 2009 acquisition of ABN AMRO by Fortis, Santander and RBS. Infrastructure megaprojects are woefully prone to problems: London’s Crossrail is just the latest example, now £3 billion over budget and running more than a year late. Political projects have their challenges too. What might we make of one of today’s most high-profile political projects, Britain’s exit from the European Union? Considering Brexit as a de-merger project, how well is the UK government applying the principles advocated by Nieto-Rodriguez?

First, major projects need support and attention from the top: executive sponsors prepared to dedicate time to drive success. Prime Minister Theresa May has made Brexit the focus of her government, to the exclusion of almost everything else. It is hard to fault her commitment.

Second, there is the need for a clear scope – an understanding of what a project will deliver. It is one of the raisons d’être of project management. As the project board, has the government’s ministerial Cabinet been clear about the benefits it aims to achieve? This is debatable. May’s early mantra, “Brexit means Brexit,” was a triumph of foggy thinking. She reached some clarity with her Chequers plan in July 2018, but it quickly became clear that the project board was divided when pro-Brexit ministers David Davis and Boris Johnson resigned. Meanwhile, the UK Parliament – perhaps the equivalent of shareholders in a listed company – has been unwilling to approve the course of action recommended by the government.

Third, what about stakeholder management? Has the business – in this case, the country – signed up to the project? The 2016 referendum was meant to settle this. But as with any major project that changes the status quo (that is, most of them), resistance can be expected – and the more people against a project, the harder it becomes to deliver. In this case, that’s 48% of the UK electorate. Nieto-Rodriguez warns that there is “always someone who will be happy if your project fails”, and for May this is a long list, including most of the UK’s other political parties, rivals in her own Conservative party, and the other 27 EU member states. With powerful opposition, she was always facing an uphill task.

Finally, risk management. We all understand that projects should have a risk register and significant risks should be actively managed. The longer we wait to mitigate a risk, the more expensive it usually becomes. Yet examples like the award of a government contract for emergency ferry services to a firm that owned no boats – yes, really – suggest that the risks of Brexit, especially a ‘no deal’ departure, have not been managed as well as they might.

It remains unclear how the Brexit project will conclude: it has been postponed and could yet be cancelled. While it’s naïve to think its challenges could have been solved by good project management practice, it’s remarkable how many preconditions for a successful project have been missing. It would be wise to review those fundamentals the next time someone proposes a revolutionary project in your business.

— The Project Revolution: How to Succeed in a Project Driven World by Antonio Nieto-Rodriguez, LID Publishing (2019)